There's a limit to the lying around that should be done between Christmas and New Year's Day. (Some lethargy is encouraged, of course).

Muscles start to stiffen from inactivity, Netflix keeps asking if you're "still watching," and you feel a little nauseated from pounding leftover Christmas cookies.

Here are ways to get moving – at least a little – even if many include eating.

In 2016, Sandra Wilkins introduced a French culinary staple previously foreign to Buffalo: raclette, referring both to a type of cheese and the melty European dish featuring the fromage.

Unfortunately, as Andrew Galarneau wrote in November, Wilkins has been commuting to London every six weeks and has decided to close Raclettes.

Thanks to stellar performances in small venues over the past four years, blues vocalist Alex McArthur has raised her profile – including a slot at Cobblestone Live this past summer.

Friday boasts a stop in intimate Wine on Hertel, where McArthur will be joined by Harry Graser (keyboard) and Joe Goretti (drums) for a few hours of music.

Just when you thought Christmas was over, Central Park Grill – known for live blues, its extensive history, Bills parties and karaoke nights – will host an ugly sweater party Saturday to extend the cheer. Giveaways are on the docket, plus $3 holiday shots, $3 Miller Lite pounders and $3 flavored Bacardi drinks are enticing specials. 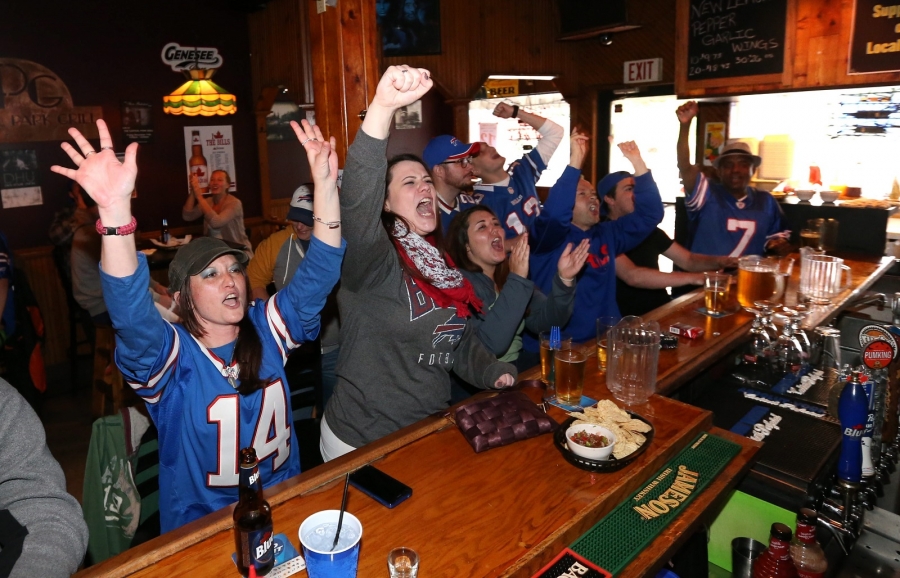 Central Park Grill is a strong option for Bills games, but an Ugly Sweater Party is on tap for Saturday. (Sharon Cantillon/News file photo)

A special Beauts beer has been crafted by the Pearl Street brewers to mark the occasion.

December has been a roller coaster month for Marc Miller, popularly known as the Bills fan who hollered "Dallas Is Going Down, Gary!" into TV cameras back in 1993 before the Bills-Cowboys Super Bowl.

Miller's surprise return to the spotlight – thanks in part to Barstool Sports' Big Cat – prompted an explosion of exposure, some welcome, some unwelcome. He was asked to introduce Buffalo band Every Time I Die to the stage for its sold-out show and posed for a photo with the band.

But, without his consent, Miller has been included in Bills' publicity videos and in Resurgence Brewing Co.'s limited-edition beer – to his initial displeasure – before ironing out the issues and agreeing to attend Saturday's party and meet-and-greet on Chicago Street. The Buffalo-style IPA clocks in at 6.5% Alcohol By Volume and will be available on tap, too, in addition to four packs ($16.50).

What an awesome experience last night! Big thanks to @everytimeidie for allowing me to introduce their band at @RiverWorksBFLO. Good luck on tour and of course LETS GO BUFFALO! pic.twitter.com/kVt4QEHTMv

Zak Ward and his band First Ward leads a balanced local bill that also features the Grace Stumberg Band and Kevin Sampson and the Night Shift. Enjoy the refined local talent in a classic Buffalo music haunt in Allentown.

The Music Industry Alliance, a yearlong endeavor by Music Is Art, presents a local showcase in Babeville, with Sara Elizabeth as the headliner. Two Michaels – Farrow and DeLano – are also on the bill, separately.

GRAB BAG OF OTHER CHOICES

Read about the New Year's Eve highlights for the Buffalo area in this week's Gusto feature.

Have feedback on this Things to Do in WNY newsletter? Email Ben Tsujimoto at btsujimoto@buffnews.com.