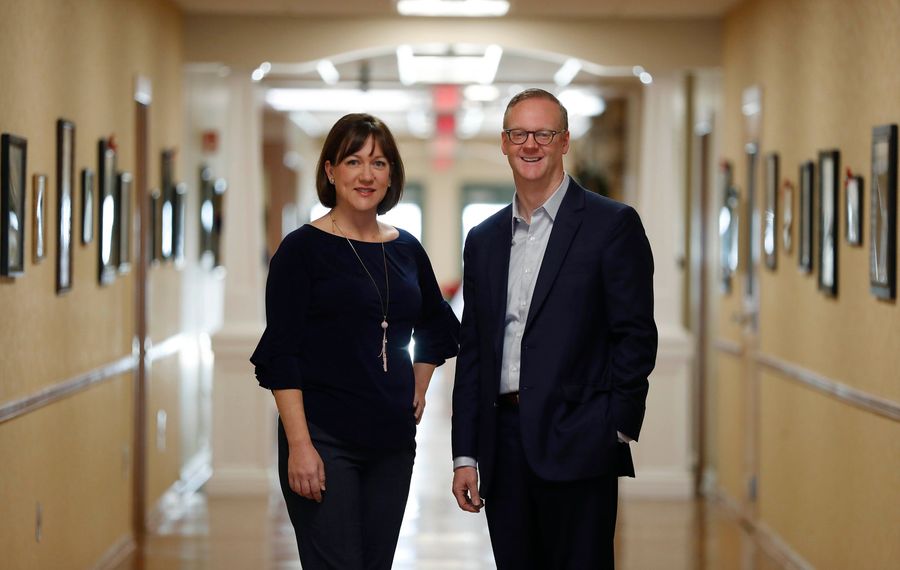 It sounds like a 1970s sitcom: Two kids whose fathers work together grow up and get the exact same job their fathers once had.

Except in this version, not only were the two families close, one of them babysat the other.

And in real life, Karen Hoak inspects bridges for a contractor that has contracts with New York, while Shawn Connolly is a partner of Jensen, Marks, Langer & Vance, a wealth management firm. On Jan. 1, they will become members of the Hamburg Town Board.

That's where Patrick H. Hoak started his political career in 1987. James F. Connolly joined him on the board two years later. Pat Hoak, who died last year, won election to supervisor in 1993, and Jim Connolly went on to serve as highway superintendent before retiring.

The two families were close while their children were growing up, and Shawn Connolly, 47, was the babysitter at times for Karen Hoak, 37. She does not have strong memories of that time.

"We had a multitude of babysitters. I remember a flash of him," she said.

What kind of a sitter was he? 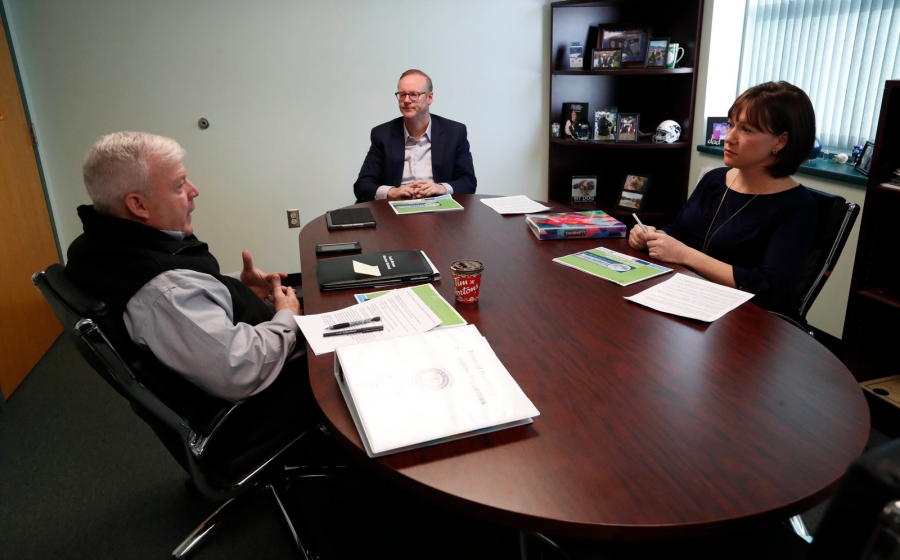 Shawn Connolly, whose brother Brian is a vice president at The Buffalo News, also worked at Hoak's Armor Inn, owned by Pat Hoak. He said it's an advantage to come to the board already knowing one of his colleagues well.

"I trust her. I know her well enough to know she's perfect for the position," he said. "She's very open-minded, willing to compromise."

Both treasure the values learned from their parents, but they stress they are different people and want to make their own way.

"With my dad, he would have been over the moon to be part of this experience," Karen Hoak said. "He also raised me to write my own story. It's interesting that it ended up being out of the same book."

Shawn Connolly, who was a Zoning Board of Appeals member, said it has been helpful having his father as a mentor, but he doesn't ask for advice on specifics.

"What I really learned was the importance of working together with everyone, listening to all sides of each issue and coming to consensus and compromise whenever possible," he said.

He said his father did not have to give him any warnings about politics, which even on the town level can be a little rough, because he knows his son considers all possibilities before taking action.

Shawn Connolly said every board member has areas of strength, and his is economic development and land use. He wants to be an advocate to for development that matches the character of the community. He also wants to use his financial knowledge to help reduce spending while holding the line on taxes.

Karen Hoak wants to adopt an anti-nepotism policy and guidelines for hiring. She also wants to create an environment that nurtures feedback from residents.

Both look forward to working with incumbent board members. Hoak and Connolly will make up part of a 3-2 Democratic majority on the board.

Meanwhile, like many new incoming board members, they have been studying local issues and meeting with department heads.

"We certainly have a lot of work ahead of us," Karen Hoak said.