A slew of musician biographies and autobiographies saw release in the latter half of 2019, closing out a year that, earlier, found Buffalo’s own Ani DiFranco releasing one of the most astonishingly forthright entries in the history of the genre.

While many of them boasted at least a bit of the tawdry, tell-all style that seems to be a prerequisite of getting such a book deal these days, the best of them revealed something much more shocking than the “he said/she said, who slept with who and who did the most drugs” elements readers of musician bios have come to expect – that being a distinct, fallible humanity.

Here are a few of the best bios from the second half of 2019, with a “big reveal” noted for each and a nod toward the heart that beats beneath the gilded exterior.

Not all heroes wear capes. Even the ones that do are never able to truly separate themselves from the human fray.

Prince's “The Beautiful Ones”

It is not the fully fleshed book it might’ve been, had one of the most abundantly talented artists in the history of popular music not passed away prematurely – at the age of 57, and maddeningly, from an apparent misprescription of painkillers – while a mere matter of months into writing it. Instead, what we have is essentially a journal, stuffed full of personal photos from the man’s collection, writings in his own hand (reproduced in type for readability and, one supposes, textual girth) and insights into the psycho-sexual-spiritual alchemy at the heart of his artistry.

The big reveal: The most striking of these insights might be the pages the author dedicates to his parents, who, it turns out, bear a strong resemblance to the “too bold” father and the “never satisfied” mother depicted in Prince’s timeless “When Doves Cry.” We see that the man who would become Prince is, in fact, like the rest of us mere mortals, a product of the people who conceived him.

Prince describes his mother as abundantly liberal and occasionally hedonistic. His father, a factory worker who gigged as a jazz pianist in the evenings, is depicted as stoic, stern, religious and in possession of a highly disciplined work ethic.

Prince embodied all these parental traits in his diminutive frame. Despite his transcendent talent, he was human, after all. 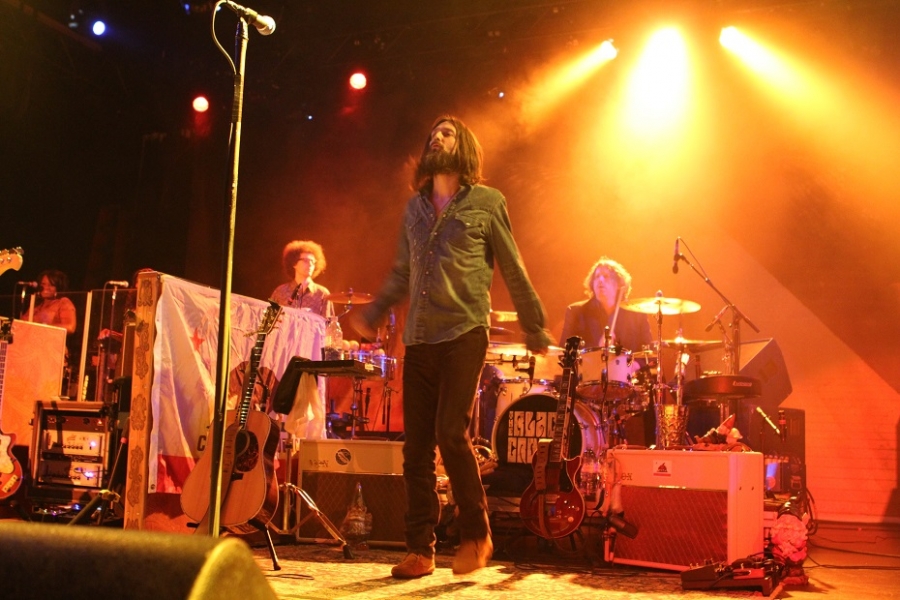 The Black Crowes in 2010. Author Steve Gorman is on drums. (Getty Images)

“Hard to Handle: The Life and Death of the Black Crowes”

This finds drummer and founding member Steve Gorman digging deep into the tangled, torrid and ultimately incredibly frustrating history of one of the great American rock bands of the past three decades. Disarmingly frank and often brutally honest, Gorman’s tale reveals a brilliant band that proved to be its own worst enemy, largely thanks to the insatiable infighting and indomitable sibling rivalry stoked and nurtured by brothers Chris and Rich Robinson. That apparently toxic relationship left abundant wreckage along the highway and, ultimately, killed any semblance of musical brotherhood within the ranks.

The big reveal: After the Black Crowes completed highly successful tours with Led Zeppelin guitarist and composer Jimmy Page – not as an opening act, but as one expanded ensemble that could tackle Zeppelin gems, dirty blues classics and Crowes tunes with equal ferocity – the question of where to take the relationship in the future emerged. According to Gorman, Page approached guitarist Rich Robinson with the idea of contributing his own writing skills to the mix and making a studio album of new material with the band. Robinson’s response? “No thanks, we’re good,” essentially, an answer that apparently so stunned Page that he hopped on a plane back to England and never worked with the band again. 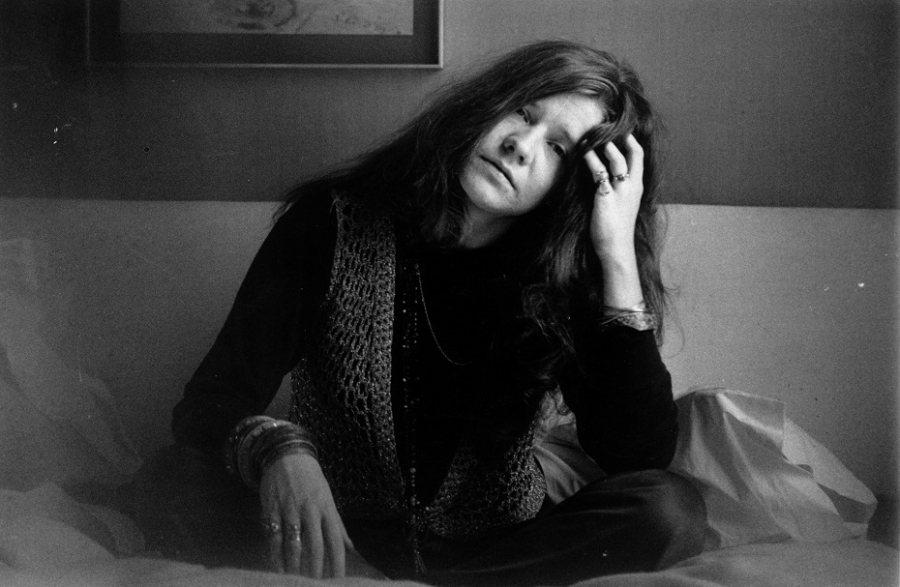 Authoritative and meticulously reported, benefiting from new interviews conducted with Janis Joplin’s surviving family members, friends and bandmates. The emerging portrait of Joplin is the most fully fleshed we’ve been granted a viewing of.

The big reveal: Joplin is widely viewed as the personification of the “life of the party” stereotype, a loyal disciple of the church of hedonism, and a woman who loved the spotlight and the sex and drugs that came along with it. In truth, she’d been a highly artistic and sensitive soul who spent her high school years as an introverted outcast who loved African American music, the Beat poets, the then-burgeoning folk scene, and, perhaps surprisingly, her parents.

Long after she’d made her name as a hard-partying Queen of the Scene, Joplin still sought the approval and acceptance of her family, as her excerpted letters make plain. (In one, she urges her parents to “slightly alter your travel plans so you can … come see (Big Brother and the Holding Company) play somewhere. You see we work every weekend … and you can all come to a dance and wear beads and see us and see a light show and be proud of me.”)

When that acceptance never came, her reliance on drugs and alcohol took a darker turn, as if she was attempting to fill the void left by her distant family. 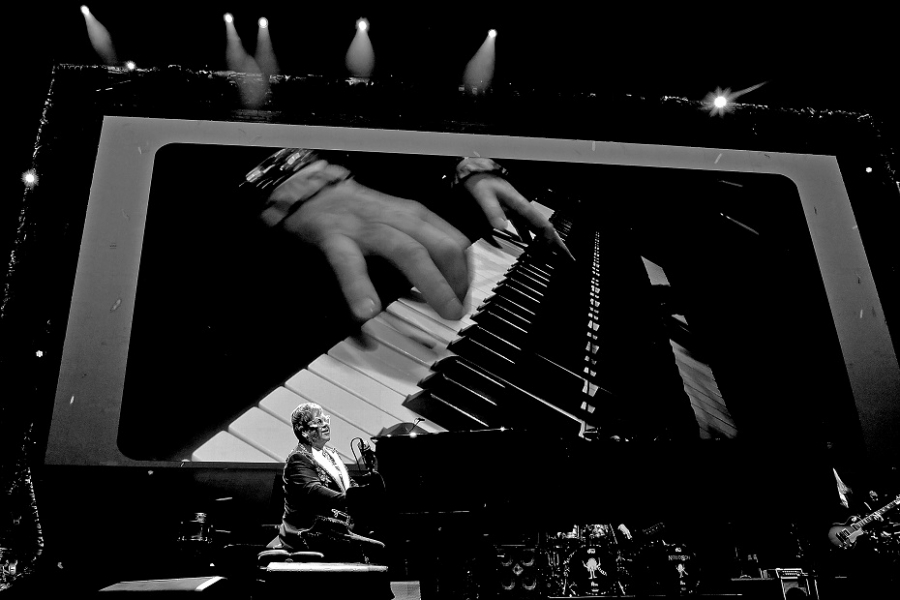 I approached it with a certain amount of trepidation, assuming the man’s penchant for throwing tantrums and his familiarity with the lifestyles of the richest and most famous would translate as a lack of self-awareness and a tendency toward narcissism in his own writings.

As it turns out, the man born Reginald Dwight in the Greater London suburb of Pinner, Middlesex, is a master of self-deprecation. In fact, no one is better at poking fun at Elton John than Elton John himself.

The big reveal: There are hilarious stories recounted with rapier wit on every other page of this book, and Elton is not above recounting the darkest days of his lengthy dance with the demons that are cocaine and alcohol. (“I sat around, wanking, in a dressing gown covered with my own puke,” he writes matter-of-factly of those lowest ebbs.) But what truly floored me when reading “Me” was something wholly devoid of glitz and glamour – the way Elton and lyricist Bernie Taupin crafted some of the greatest songs in pop history.

One might’ve pictured Elton, dressed head to toe in resplendent Versace, sipping champagne from a golden goblet, waiting for divine inspiration to arrive, and when it does, sauntering over to his diamond-encrusted grand piano to gift the world with a “Someone Saved My Life Tonight” or “Goodbye Yellow Brick Road.” The reality, as Elton recounts it, has always been far more pedestrian and workmanlike. He’d take a sheet of Taupin’s lyrics, sit down at the piano, and not get up again until he had a song, working solely from the rhythmic and melodic ideas suggested by the cadences of his partner’s words as they appeared on the page.

That’s not a glamorous way to work. But somehow, it seems like a far more meaningful, human one.