Back when I was growing up in the 1950s, my mother was a major Christmas decorator who adhered to the adage that, “If it doesn’t move, decorate it.”

By Christmas our house was filled with decorations. My father would put up outside lights and decorations under my mother’s direction but was never too happy about it, especially when the cold wind blew and the snow fell.

However, there was one thing he enjoyed and that he excelled at. That was decorating the Christmas tree, starting with picking it out at the tree lot, placing it in the living room and decorating it. All of this he seemed to consider a true artistic endeavor.

We lived in a large Victorian-style home built sometime around 1880. Like all homes built in that period, the rooms had high ceilings but unlike how Victorians are often portrayed in movies and literature, it had many closely spaced windows that made it bright and cheerful. Of course, a house of that type and era with high ceilings, many windows and at best rudimentary insulation made it difficult to heat in winter.

But what a spectacular venue it provided for a Christmas tree. Our large living room with those high ceilings and windows provided the perfect place for the tree. As befitted the room, the tree was always at least 8 feet high and very full.

Several days before Christmas the tree was brought into the house. After allowing the tree to warm and reach its optimum fullness, decorating began. My father first placed the lights himself. He had perfected this to an exact science and it had to be done just right, ensuring that there were no burned out bulbs and that there was a balance in how the lights and their colors were spread around the tree. 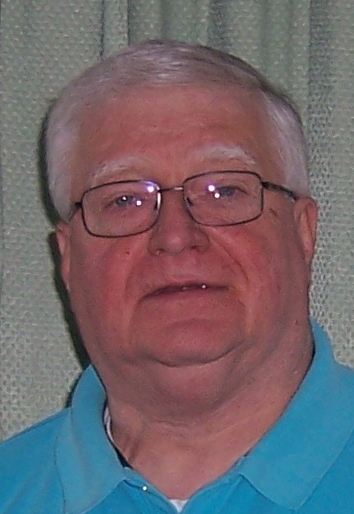 Next came the ornaments. My brothers and I assisted because a misplaced ornament could always easily be moved to its proper position. The ornaments were of many designs and included those we had made and brought home from school.

Finally, it was time for the tinsel, a time when tempers were sometimes frayed. We couldn’t just stand back and toss handfuls of tinsel on the tree at random, letting it fall where it might. We had to carefully drape the tinsel from the tree branches so that the strands hung straight down, giving it a movie set look. It was an exacting job and is likely why after my wife and I had our own Christmas trees we never ever decorated with tinsel.

When we finished after dark, we would pile into the family car to view our handiwork. The house was on a corner lot and we would sit at the street corner admiring our creation. To be truthful, it was always a beautiful sight and outdid other trees.

Some years later I came home from college for the holidays to find that my mother had succumbed and installed one of those 1960s Christmas decorations that is still an example of the period’s bad taste, an aluminum tree decorated with red bows and illuminated by a multicolored filter revolving in front of a spotlight. I was aghast but my father said nothing and only smiled.

Finally, I’m happy to report that by 1970 the aluminum tree had been stored away, never again to see the light of day.

Tom Kirkpatrick, of Silver Creek, wants nothing to do with aluminum Christmas trees.