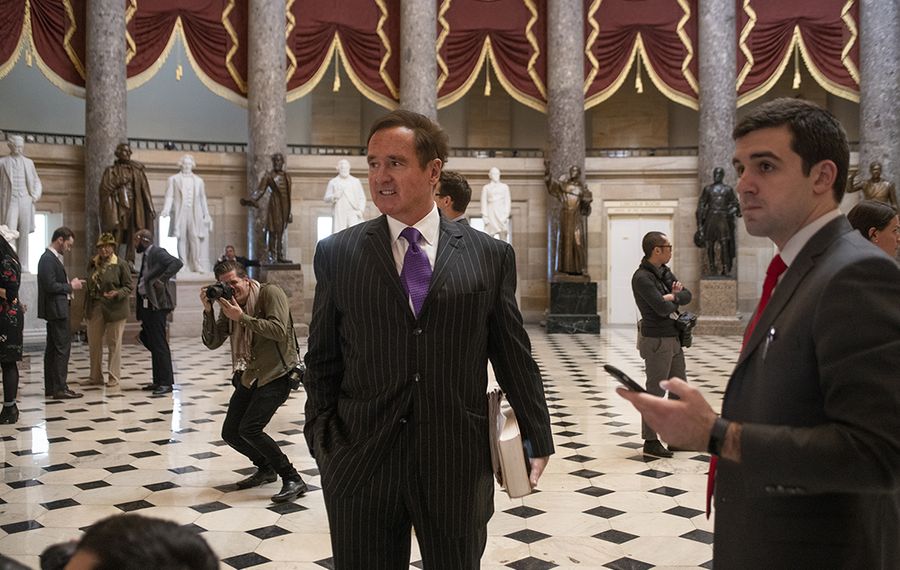 WASHINGTON – Rep. Brian Higgins awoke at 3:30 a.m. on Impeachment Day in the Capitol Hill office he calls home, unable to sleep any longer. In the dim lights of a dark, ornate office, he read the latest on Brexit and a little Irish history.

"You need a diversion from all this stuff," he said later.

But by 8:20, after a workout in the House gym and still in his gym clothes, he was ready to talk about what all of Washington and at least part of America was talking about: the two articles of impeachment against President Trump.

"The president abused the power of his office by soliciting a bribe," Higgins, a Buffalo Democrat, said on WBEN 930.

Forty minutes later, Rep. Tom Reed – dressed in a navy blue suit, blue shirt and blue and yellow tie – settled down in the House cloakroom for his weekly call with reporters from his Southern Tier district.

The Republican from Corning began with an issue Washington is not talking about: the high price of insulin.

But soon reporters grilled him on impeachment, prompting Reed to say something he's been saying for weeks.

"There's no smoking-gun evidence ... that a high crime was committed," he said.

So it went on Wednesday. A divided House, elected by a divided nation, impeached a divisive president. It was a historic day that seemed exhausting and redundant, just like the day before – but with two evening House votes that will likely put the Trump presidency on trial in the Senate in January.

Trump impeached by House of Representatives in historic vote

Higgins has backed Trump's impeachment for months, but the Buffalo lawmaker keeps honing his argument.

Proof of that fact could be found scattered across the black leather sofa in Higgins' office. There was an article on the Constitution along with pages upon pages of Higgins' notes.

"The president of the United States abused the power of his office by leading a conspiracy to solicit a bribe from a foreign leader in exchange for a personal political favor – inviting foreign interference in Amer. politics," Higgins wrote. 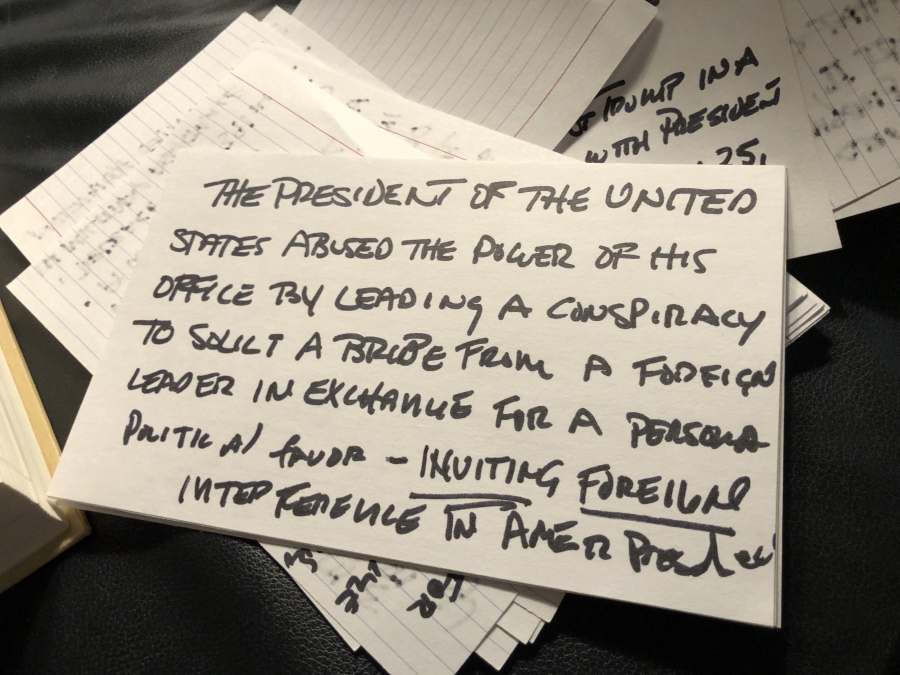 Rep. Brian Higgins wrote his own talking points in advocating for the impeachment of President Trump. (Jerry Zremski/Buffalo News)

Higgins said he had just been doing his homework.

"There's no joy in any of this," he said. "This is sad, but it's constitutionally affirming."

With that thought in mind, Higgins took to the House floor. Trump, he said, threatened to withhold $391 million in aid to Ukraine unless that nation's president would announce an investigation of a Democratic campaign rival, former Vice President Joe Biden.

"Soliciting a bribe from a foreign leader is an abuse of power and a federal crime," Higgins said. "The United States Constitution is explicit: Bribery is an impeachable offense."

Tom Reed bounded into a Capitol Hill conference room midmorning wearing a smile that belied the seriousness of the day ahead of him.

At an event sponsored by the Information Technology and Innovation Foundation, he got word that there had been, ironically, tech trouble. 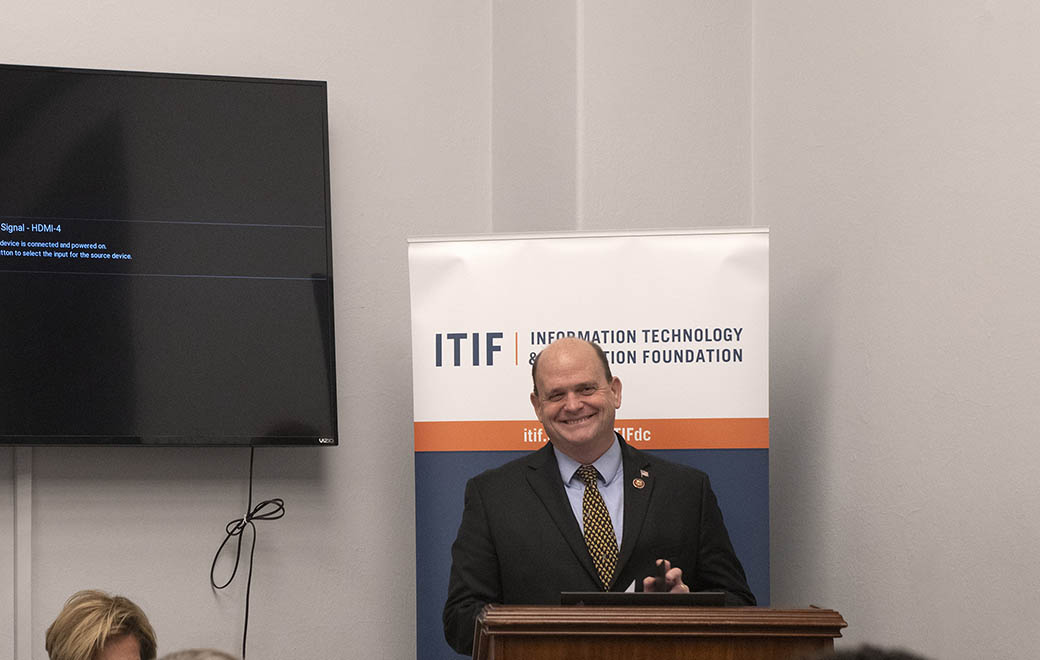 Rep. Tom Reed delivers remarks at the Information Technology and Innovation Foundation event in the House Cannon Building. (Stephen Crowley/Special to The News)

It was peak Reed, a genial lawmaker who prides himself on being the Republican co-chair of the Problem Solvers Caucus.

But there's a problem Reed can't solve: the impeachment of a president he supports.

"It's painful to see," said Reed, one of the first House members to endorse Donald Trump for president.

Reed and Trump are ideological soul mates and temperamental opposites.

"I've had concerns about, you know, the style of the president," Reed said in an interview in his office. "He's not your typical president of the United States. He's not somebody that is of the George Washington/Abraham Lincoln type of style."

But that does not mean Trump is guilty of the "high crimes and misdemeanors" that would call for his impeachment, Reed said.

"For all the rhetoric and style concerns, with impeachment you're still talking about a fundamental democracy question," Reed said. "Do you really believe it's best for 435 members of the U.S. House and 100 members of the Senate to impose their judgment over the judgment of the people that elected the president to the office?"

As the evening votes on impeachment approached, a dreary debate continued in the House chamber. Democrats repeated their allegations against Trump while Republicans raged.

"I've heard several of my colleagues in a row now, and it's interesting to see how very few of them would address any of the facts of the president's misconduct," said Rep. Adam Schiff of California, the Democrat who chairs the House Intelligence Committee.

Instead, Republicans, one after another, portrayed Trump as the persecuted one.

“When Jesus was falsely accused of treason, Pontius Pilate gave Jesus the opportunity to face his accusers,” said Rep. Barry Loudermilk of Georgia. “During that sham trial, Pontius Pilate afforded more rights to Jesus than Democrats have afforded this president in this process.”

Through it all, Higgins sat and listened and penned one last set of notes to himself. 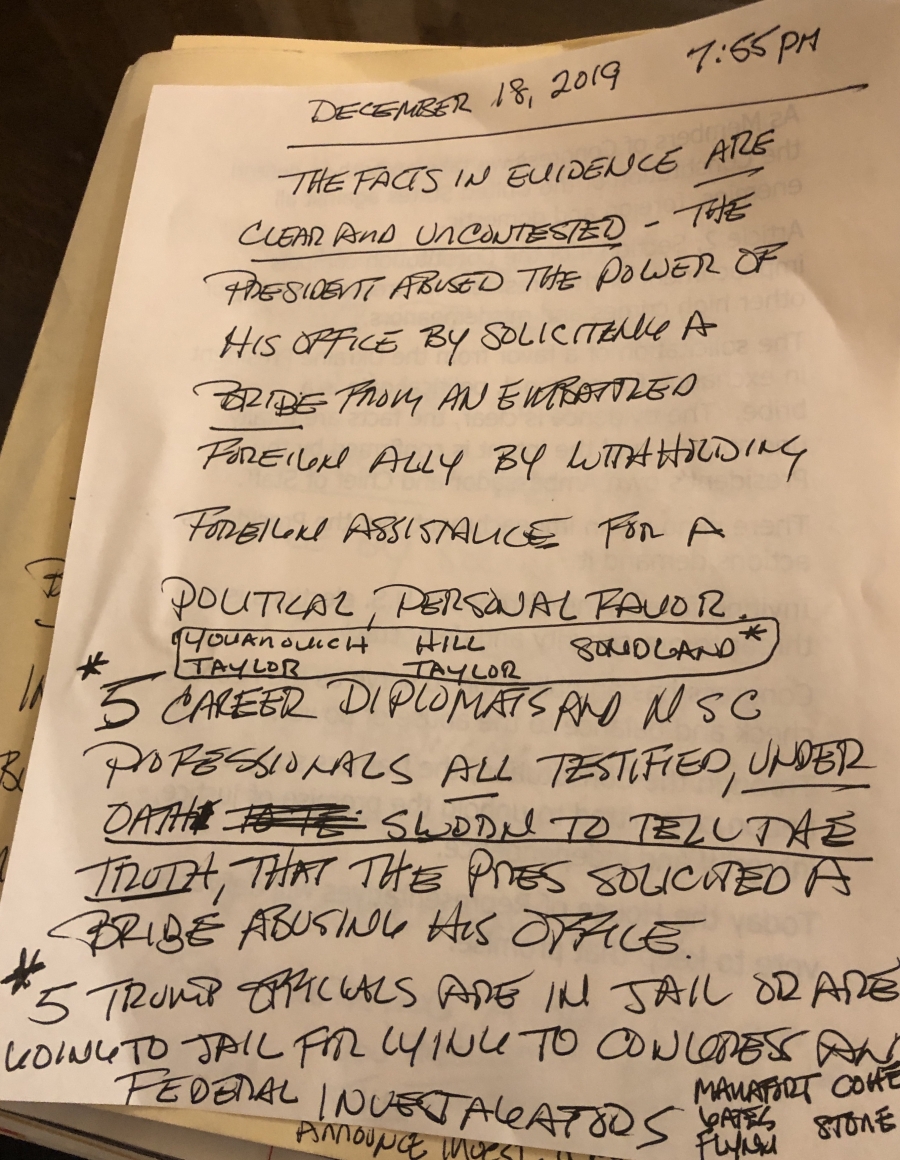 And on Twitter, Higgins offered one last argument for Trump's impeachment.

"The House of Representatives must defend the Constitution and abide by the oath we swore to uphold. Today the People’s House will act, as it has throughout history, to #DefendOurDemocracy," he said.

Reed, meanwhile, watched little of the debate. Instead he met with colleagues on an energy bill he's introducing Thursday.

Pausing by the fireplace just off the House floor after the impeachment votes, he said he still agreed with something he said to start the day: that it's time to move on from impeachment.

"I think the wiser course, and what the Senate is going to do, is say: We have an election within a year away," Reed said earlier. "Let's let the American people determine who is going to be the next president of the United States."