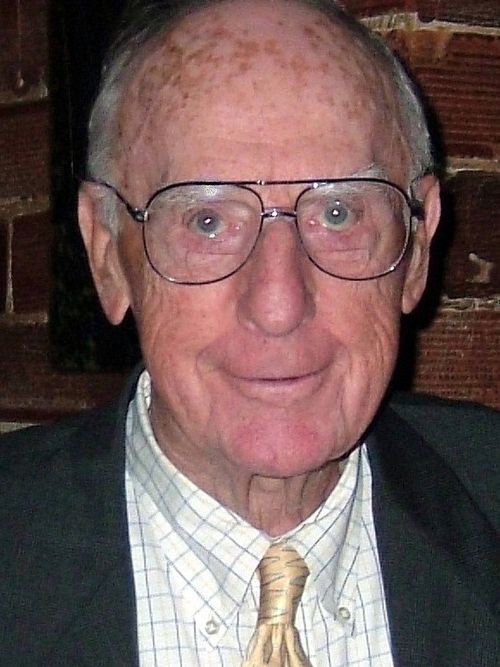 Peter J. Murrett Jr., an attorney who practiced corporate, banking and real estate law for nearly 70 years, died Dec. 10 in his Buffalo home. He was 98.

Born in Buffalo, he grew up in Kenmore, attended seminary for a year and graduated in 1939 from St. Joseph’s Collegiate Institute.

He completed his coursework in his senior year at Canisius College when he was ordered to report for basic training with the Marine Corps in January 1943. The college accelerated the graduation date to March for him and several classmates so they could receive their degrees in absentia.

In the Marines, he was commissioned a lieutenant and was stationed in Pearl Harbor and China. At the end of the war, he remained active in the Marine Corps Reserve until 1959, attaining the rank of captain.

Returning to Buffalo, he received his juris doctor degree from the University of Buffalo Law School in 1949.

He was first associated with Diebold and Diebold, where he was counsel to Western Savings Bank and Niagara National Bank.

He became a partner in the firm, later known as Diebold and Millonzi, and worked there until it merged into the firm of Damon, Morey, Sawyer and Moot.

He then became a solo practitioner, associated with and of counsel to the firm of Farner and Farner.

He continued his practice until he was 97.

At Diebold and Millonzi, Mr. Murrett did legal work for the development of the first automated teller machines. In his foremost case in the early 1960s, he represented the Coogan family, owners of the land on which the Polo Grounds stood, after New York City condemned it to make way for a public housing project. He often talked about the excellent settlement he reached for the Coogans.

Active with the Erie County Bar Association, he served three years as a director, was chairman of the Unlawful Practice of Law Committee and was a longtime member of its Practice and Procedure in Surrogate’s Court Committee. He was a past president of the Lawyers Club of Buffalo.

A former Lake View resident, he was a member of the Buffalo Club and Wanakah Country Club, where he served as a director and president. In the 1960s, he chaired the Large Gifts Division for Catholic Charities.

He served two terms on the board of trustees of St. Joseph’s Collegiate Institute and was vice chairman in his final year. He was honored by the school in 2008 as a distinguished alumnus and was inducted into the Signum Fidei Society.

A devoted Buffalo Bisons fan, he was a longtime season ticket-holder. The team honored him during last summer’s July 4 ceremonies, as one of its oldest fans and one of the oldest World War II veterans in Erie County.