Plan on parking before you get to Main Street in East Aurora the evening of Dec. 21, because the entire stretch between Olean and Riley streets will be taken over by the village's 47th annual Carolcade from 7 to 8 p.m.

Before and after, check out all the shops, not just the must-see Vidler's, and enjoy the caroling (song sheets provided) plus hot cocoa, doughnuts and Santa.

Don't worry if you can't sing. With attendance reaching around 2,000 in previous years, no one will mind what you sound like. It's free, but people are asked to bring their own mugs if possible to save on cocoa cups.

The touring production of "Rudolph the Red-nosed Reindeer," adapted from the long-running TV holiday special of the same name, touches down its sleigh in Shea's Buffalo Theatre for five shows, beginning at 7 p.m. Dec. 20. Other performances are at 11 a.m., 2 and 6 p.m. Dec. 21 and 1 p.m. Dec. 22.

The stop-motion puppets of TV are replaced here with costumed actors as Rudolph and his disappointed reindeer parents, the skinny-to-fat Santa Claus and the elf hero Hermey, who wants to be a dentist. Tickets are $27 via sheas.org and Ticketmaster. 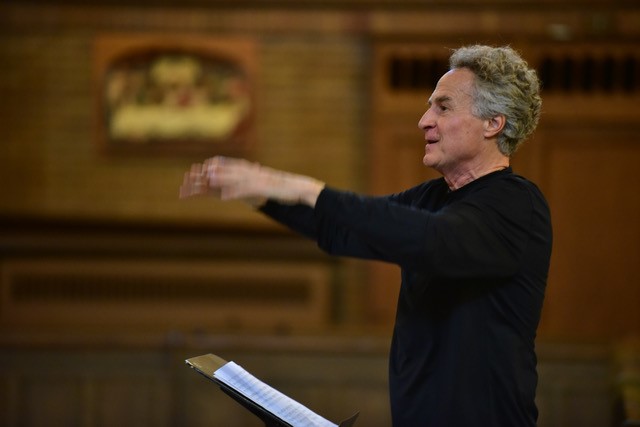 Music lovers have one last chance to hear the Harmonia Singers this season when the group presents its final holiday concert, "Christmas With Harmonia." Music Director Robert Duerr leads a program of traditional music, new additions and classics at 7:30 p.m. Dec. 21 in St. Joseph University Church (3269 Main St.). Tickets are $15; $10 for students, available at the door.

Mark Dellas is a man of many faces

Photographer Mark Dellas has in his portfolio hundreds of beautiful images of landscapes and buildings, but what he is best known for is his high-intensity black and white portraits. Work from his long career is on exhibit through March 1 in the Burchfield Penney Art Center. At 1:30 p.m. Dec. 22, visitors can meet the artist.

Melinda Miller
Celebrating the art of women from Western New York
Arts Beat: A 'Superstar,' a 'Meteor Shower' and a tribute to Marvin Hamlisch
Josie DiVincenzo gives a master course in life's ongoing lessons at JRT
MusicalFare breaks out the blues with buoyant 'Cookin' at the Cookery'
More Stories

For the price of museum admission, guests can join Dellas on a tour of his work in the exhibit "People and Places." Expect him to talk about the fashion-forward aesthetic that defines his work, resulting in images usually associated with top flight models but, in his case, often portraying everyday people, writers, artists and blue-collar heroes like Milton and Anne Rogovin.

Perhaps it's more realistic to say snowflakes are falling on his head at this time of year, but regardless, audiences can expect to hear his hits along with songs of the season when singer BJ Thomas performs his Christmas show at 8 p.m. Dec. 21 in the Riviera Theatre (67 Webster St., North Tonawanda. Tickets are $29 to $49 at rivieratheatre.org.

Thomas front-loaded his career with songs like "Raindrops Keep Falling on My Head" and "Another Somebody Done Somebody Wrong Song," and has been popular on the concert circuit ever since with a catalog of pop, country and gospel and Christmas songs.

The season is known for its gentlemen in red, the noble St. Nicholas, jolly old Santa Claus and the baton-waving, carol-leading conductor extraordinaire John Morris Russell, who every December transforms into Mr. Christmas.

Russell returns to Kleinhans Music Hall (from Ohio where he's conductor of the Cincinnati Pops, not the North Pole) to lead the Buffalo Philharmonic Orchestra in its annual Holiday Pops concert. (Fair warning: sometimes he wears green.)

Joining Mr. Christmas, er, Russell will be singer Liz Callaway, who joined the BPO in 2017 for the Carole King Songbook. Performances start with two Coffee Concerts, at 10:30 a.m. Dec. 19 and Dec. 20, when early arrivals will be treated to complimentary coffee and doughnuts and have a chance to enjoy Kleinhans holiday decorations. The next two shows are at 8 p.m. Dec. 21 and 2:30 p.m. Dec. 22.

Also taking part are the singers of the Buffalo Philharmonic Chorus and musicians from the African American Cultural Center, who will accompany on "Little Drummer Boy."

"This is one of my absolute favorite concerts of the year," Russell said in a press release. "Liz's pristine and heartfelt voice will make this a truly exceptional event," he added before promising "one incredible weekend of sheer delight" for all his audiences.

Tickets start at $41 for morning shows, $49 for evening performances, available at bpo.org. Kleinhans Music Hall is at 3 Symphony Circle; parking is available on site and on surrounding streets.