Two years ago, teacher and coach Beth Brawn-Celotto asked Zach Kilga if she could speak to him in the hallway outside a special education classroom at Clarence High School. In as gentle a fashion as possible, Brawn-Celotto told Kilga his age would soon make him ineligible for the Unified basketball and bowling teams at Clarence.

Kilga, hearing the news, began to cry. While he loved Unified sports, he was turning 19. Under state rules, that meant he would have to sit out until he graduated at 21. Brawn-Celotto found ways over the last year for Kilga to serve as an informal assistant coach and to help as a statistician, but those roles paled in comparison to, say, playing guard on the Unified basketball team.

Tuesday, with Kilga already bracing to sit out for a second year, Brawn-Celotto asked him to again step into the hall. She handed him the phone and allowed "this guy from The Buffalo News" to tell him what had just happened in Albany.

"Seriously!" he exclaimed upon hearing the news, before adding a slightly off-color figure of speech, his way of fully signifying his surprise and delight.

The state Board of Regents had voted to change and expand the high school eligibility rule for inclusive sports. Young women and men with developmental disabilities, who are allowed to graduate from high school when they are 21, can now play Unified sports until they reach that age, as well.

It is a groundbreaking change for parents with teenagers or young adults in that situation: When Unified bowling practice starts next month at Clarence, Kilga will be on the team.

All around him Tuesday, students cheered as the news spread like electricity through the special education classroom. 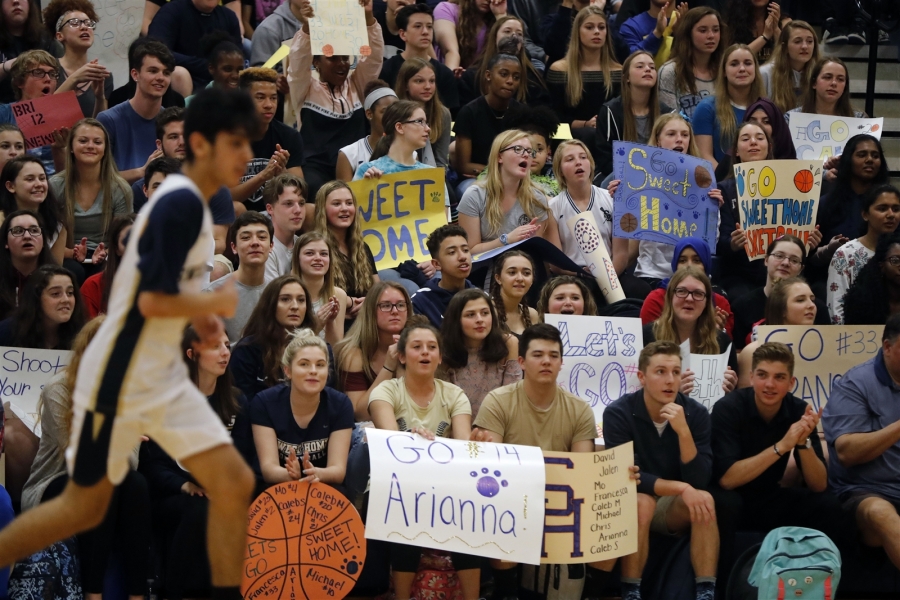 In Unified bowling and basketball, a relatively new initiative in high school athletics, students with developmental disabilities play side by side with peers from general education programs. As emphasized by Stacey Hengsterman, president and CEO of Special Olympics New York, the result builds "inclusion and tolerance and equity" for all the young people involved and serves as a lifetime model for what Hengsterman envisions as an ideal workplace.

Yet the age requirement remained a sore spot for many athletes and their parents. While students with developmental disabilities often graduate at 21, they were essentially barred from Unified sports once they turned 19 – an age established as a longtime eligibility requirement for traditional varsity sports.

Many young people wept when they learned they could no longer play.

Kilga's mother, Margaret Smeeding, was a lightning rod in efforts to change the rule. Moved and upset by her son's sadness at his ineligibility, and frustrated by what she saw as illogical reasoning in putting Unified sports under the same umbrella as traditional varsity competition, Smeeding joined and fueled the campaign to open up eligibility.

She became part of what Hengsterman said was an especially passionate drive to change the rule from Western New York parents, students and coaches. "There have been parents from across the state advocating, but the voices from Buffalo got it to move," Hengsterman said.

Until the resignation last summer of MaryEllen Elia, former state commissioner of education, Smeeding peppered Elia's office every week with multiple calls and notes. When she received no response, Smeeding sought out Elia when the then-commissioner spoke in the spring at the University at Buffalo.

Smeeding also printed up forms outlining the restrictions, and she did her best to make sure other parents were not surprised when their teenage children became ineligible. She said she always received a warm reception from Robert Zayas, executive director of the New York State Public High School Athletic Association, and that it was Zayas who informed her Tuesday of the Board of Regents decision.

The call touched off an emotional response in Smeeding, and her son.

"Zach told me he was crying, and I'm still crying," she said. "Kids with special needs are often not included in activities that other kids do. I'm sorry, and I know that's hard, but it's the way it is. And in this, they're included."

Kilga, she said, knows the quiet pain of realizing he is treated differently. His Unified experience, by comparison, was powerfully affirming. Smeeding said Kilga has teammates from general education programs who still call him to go out for pizza, camaraderie that has become one of the greatest joys in his life.

"In Unified sports, there's no downside," Smeeding said. "Everybody wins."

Ames, who has watched Unified participation in Western New York explode from six to almost 40 schools in five years, described the ruling as "a great thing for the kids and schools of New York State." He was planning to meet Tuesday evening in Cheektowaga with coaches from more than 20 schools that will participate in bowling, and he knew it would be a celebratory gathering. 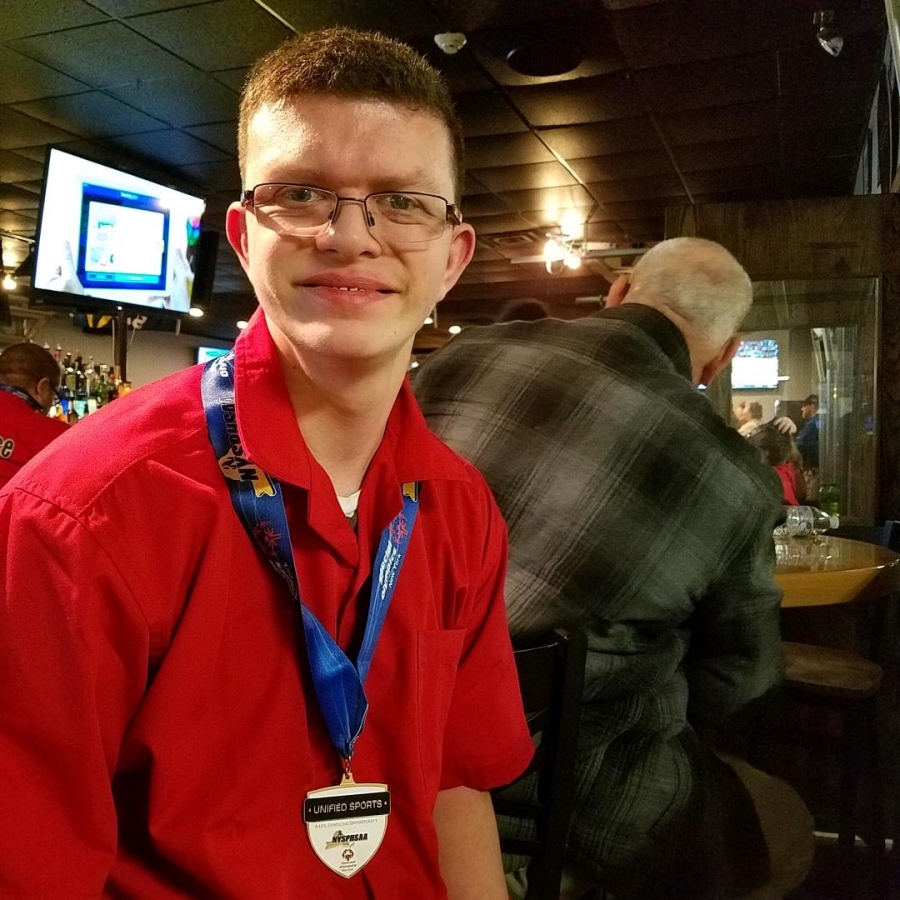 Zach Kilga, after receiving his medal for competing in Unified bowling in Clarence. (Family photo)

The new regulations, Hengsterman said, will still allow for self-monitoring by schools. While it is the rare coach in Unified sports who worries much about the scoreboard, Ames said that if a student's size or prowess at 20 or 21 ever created an unfair or unsafe situation, individual schools could step in and quietly intervene.

Brawn-Celotto, the Clarence coach, also spoke of her relief at the ruling. In addition to Kilga, eight young women and men at Clarence now allowed to again compete would have been ineligible for bowling and basketball under the old rules.

Their reaction Tuesday, she said, was like a burst of sunlight.

The entire idea of inclusion, Brawn-Celotto said, is that students with developmental disabilities deserve the same opportunities as any student in the school. Playing in front of a crowd or earning a varsity letter carries the same pride and meaning for them as it does for anyone else.

The old rule, she said, made them feel set apart once they reached 19. Tuesday, when interviewed by telephone, Brawn-Celotto was still moved by the way Kilga and other students reacted at the moment when they learned they could compete, and she said their sheer exaltation says everything about the magnitude of the Board of Regents decision.

"What happened today," she said, "is a very big deal."