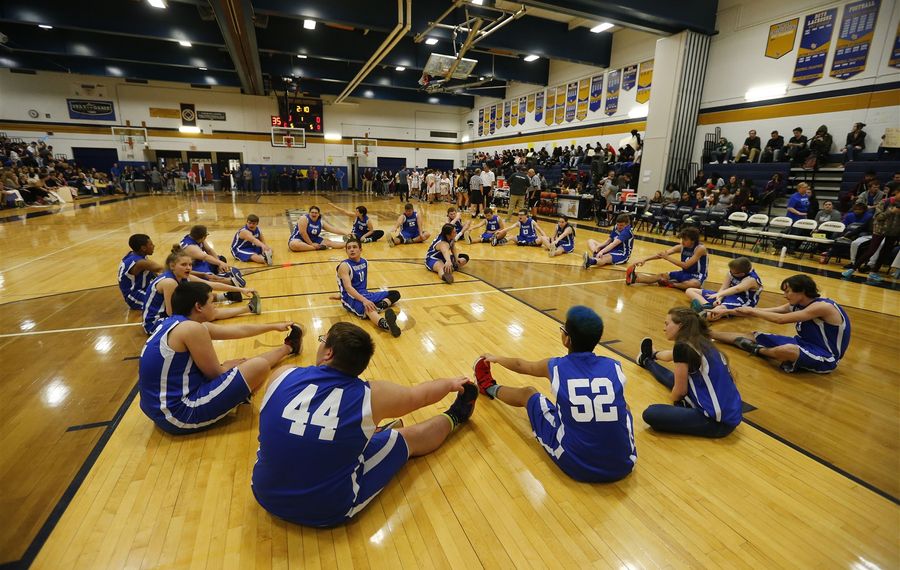 The state Board of Regents voted Tuesday to expand statewide eligibility for inclusive sports, which means students with developmental disabilities will be allowed to compete in Unified basketball or bowling until they are 21, the age at which they graduate under state law.

In Unified sports, those student-athletes play side-by-side with their peers from general education programs. Many parents, coaches and educators who have embraced the program, originally conceived by the Special Olympics, say the games illuminate elements of teamwork, friendship and participation that capture high school sports as they are meant to be.

Until now, however, many young women and men with developmental disabilities were forced to stop participating at 19, in response to the larger umbrella of traditional eligibility rules – even though those students often remain in high school under state law until they are 21.

Upset parents said ineligibility was a difficult and illogical thing to accept for young people who remain a full part of the student body in all other ways, yet could only watch during their last years of high school as their friends and fellow students continued to take part.

The change will allow these students to compete until they graduate, which has been a campaign for many parents locally since Unified sports arrived five years ago in Western New York. The number of high schools competing in this region has exploded in that time from six to 38 schools, and many advocates say the statewide drive for the eligibility change was spearheaded on the Niagara Frontier.

"There have been parents from across the state advocating, but the voices from Buffalo got it to move," said Stacey Hengsterman, president and CEO of Special Olympics New York, whose son Alex, a freshman born with Down syndrome, will begin Unified competition this year at Shenendehowa High School, in Clifton Park.

"Those voices in Buffalo," Hengsterman said, "know how to advocate."

Schools will retain the ability to self-monitor in the event that a student-athlete's size or abilities at 20 or 21 represent a concern in competition. Advocates say they expect such problems to occur rarely, if at all.