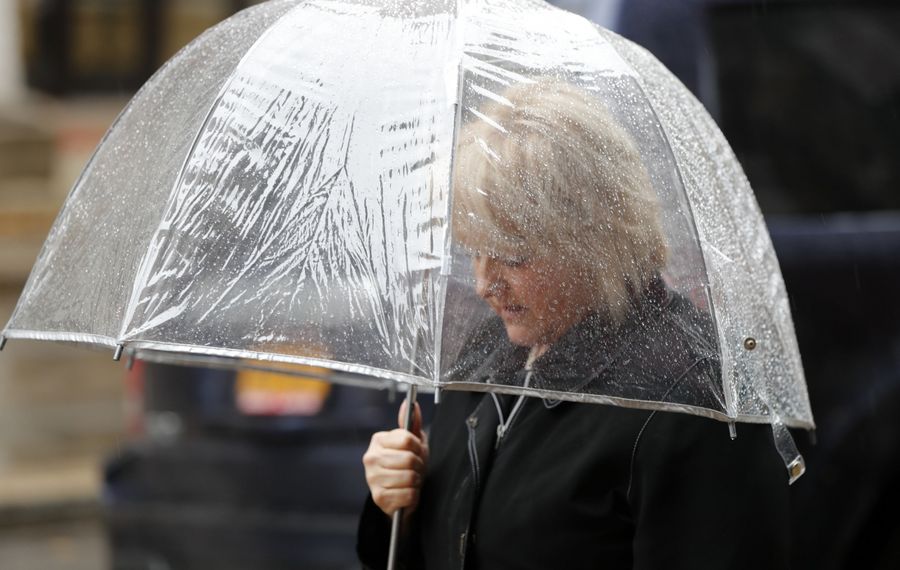 The good news is that Monday's temperatures will top out in the 50s in and around Buffalo. The bad news is that there will be rain along with it.

Monday's forecast calls for a high of 51 in Buffalo, but also for a 100% chance of precipitation, with the day's rainfall predicted to be between a quarter and a half of an inch. Monday night, the low is only expected to be 41, but an additional quarter-inch to a half-inch of rain is possible.

Just beyond the wetness and warmth, the National Weather Service has issued a hazardous weather outlook as lake-effect snow is expected Tuesday and Wednesday as temperatures tumble on Tuesday (dropping to 30 in the early evening and the 20s overnight) and Wednesday (high near 30, low around 16 overnight).

"The lake effect snow will move back south of the area by early Wednesday evening. Wind gusts of 30 to 40 mph are expected Wednesday, which may result in blowing and drifting snow."

The remainder of the week calls for party sunny/cloudy days, with temperatures ranging from the 20s to 40s and showers forecast for Saturday and Sunday.

Rain will develop across the region today and continue thru tonight. Highest rain amounts across the Tug Hill and Southern Tier, lowest in the Genesee Valley and western Finger Lakes. Highs will be in the 40s today, and even some low 50s near Lake Erie. #nywx pic.twitter.com/vElwxo0aGf