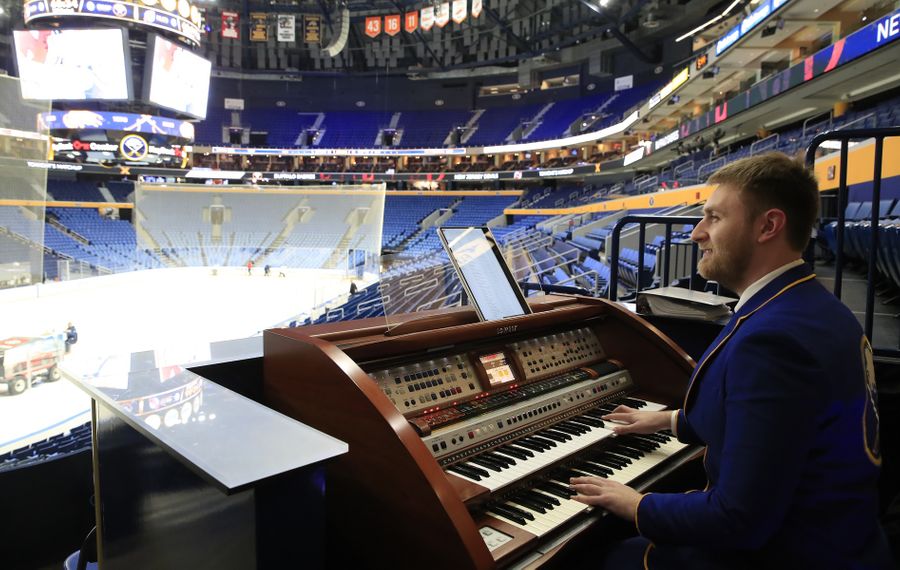 As the Buffalo Sabres celebrate their 50th year as an NHL franchise in a city and surrounding environs rightly revered collectively as a serious “hockey town,” let's ruminate on the marriage of music and sport.

This phenomenon might not be unique to Buffalo, but as Sabres in-game organist Curtis Cook points out, there are clear inherent connections between sports and the arts in our local culture.

“Buffalonians certainly love their sports and the arts,” Cook said. “I'm lucky enough to be one of the people that help blend those two things together.”

Music has been used to dramatic effect from our team’s beginnings, when an excerpt from composer Aram Khachaturian’s 1942 ballet “Gayane” became the Sabres’ clarion call as they took the ice. That excerpt, known as “Sabre Dance,” has been pumping up the heart rates of players and fans alike virtually without pause since 1970. That tradition will continue Tuesday night in KeyBank Center, as the Sabres return from a Western road trip to host the St. Louis Blues.

(The piece was placed on hiatus briefly in the early 2000s, and the Scorpions’ “Rock You Like A Hurricane” filled the gap, but “Sabre Dance” returned in 2011, and has stayed since.)

“There has been so much influential music throughout the 50 years of this franchise's history,” Cook said. “Everyone knows about ‘Sabre Dance,’ which I still play on the organ at least once a game, at the beginning of a period. I think it's a unique and diverse piece of music and it's been associated with the team for so long that fans of every age can identify it immediately.”

Khachaturian’s piece, which was a huge radio hit in 1948, has gone on to be covered, interpreted, reinterpreted, and reassembled myriad times over the years, in virtually any genre imaginable. Everyone from Woody Herman and Liberace to composer Danny Elfman, vocalist Nina Hagen, violinist Vanessa Maye, and the Brian Setzer Orchestra has taken a swing at the high-energy piece.

That’s just the tip of the iceberg, according to Cook.

“The original ‘Sabre Dance’ with full orchestration is the version that everyone knows, but a lot of people don't realize that it has been covered by more contemporary groups over the years.

"For example, a Belgian group named the Jokers covered it, as did a group called Love Sculpture, featuring Welsh singer/songwriter/guitarist Dave Edmunds in it. Both of those groups covered the song without an orchestra and with more modern instrumentation – electric guitars, electric bass, drums – and I think those versions sound awesome, too.” 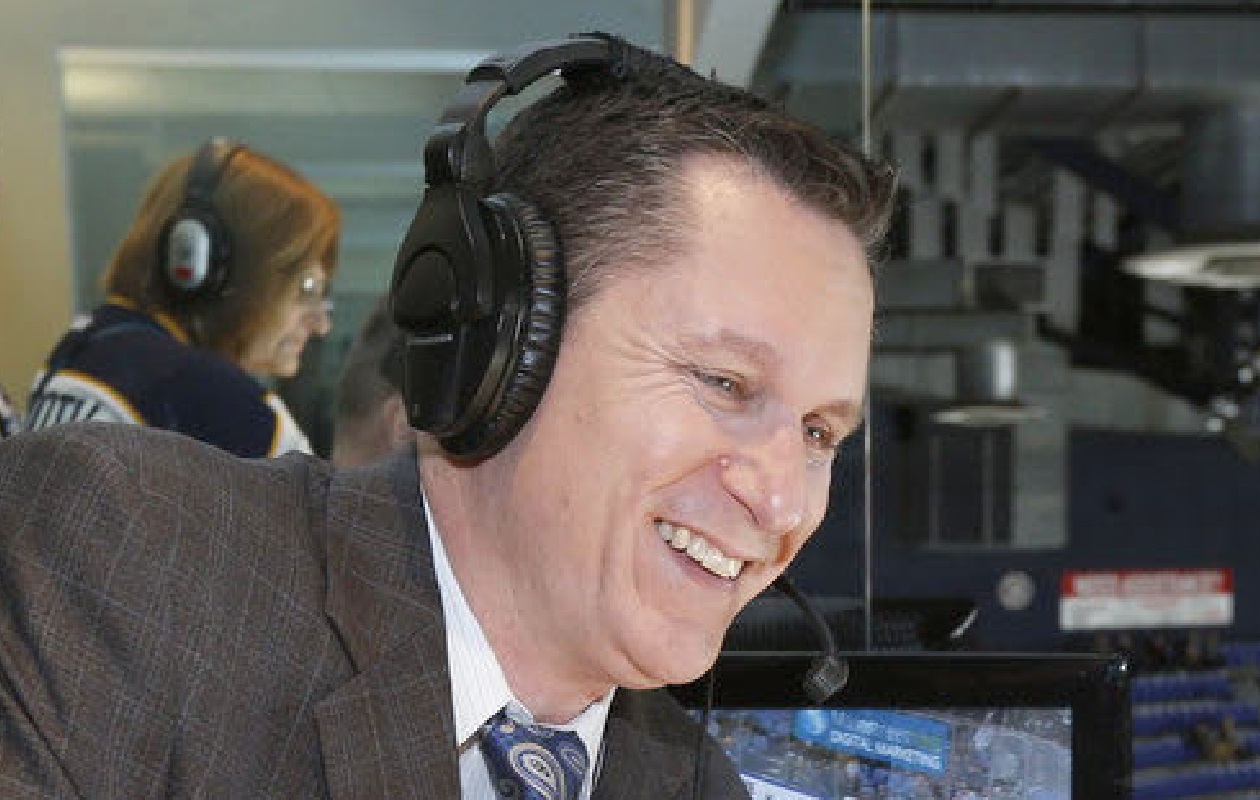 Sabres announcer Dan Dunleavy, a self-taught guitarist with a deep and abiding love for music, recently had a dream about "Sabre Dance."

"I quite literally had a dream where I was playing a heavy, riff-y version of 'Sabre Dance' on guitar from the booth as the team takes the ice," he laughed. "I mean, how cool would that be? Maybe someday."

Of course, "Sabre Dance," as invigorating as it remains, doesn’t tell the whole story. Over the years, tunes by artists as diverse as Led Zeppelin (“The Immigrant Song”), DJ Kool (goal song “Let Me Clear My Throat”), Metallica (“Fuel”), Flo Rida (“Low (featuring T-Pain”) and the Who (“Baba O’Riley”) have blasted from the rafters of the old Aud and KeyBank Center between play.

There have also been locally produced novelty theme songs, many of which have jumped several generation gaps by this point.

“Through the decades, there's been such a connection between fans and songs like 'We're Gonna Win That Cup' (written by Tommy Calandra and performed by Donna McDaniel) from the Sabres’ Stanley Cup run in '75, the radio jingle 'Rock 'em Sabres,' and the (Buffalo Chamber of Commerce-commissioned) 'Buffalo Talkin' Proud' jingle of the '80s,” Cook said.

Maria Sebastian's remake of "We're Gonna Win That Cup" was played frequently during the Sabres' run to the Stanley Cup final in 1999.

“I still play a lot of these songs on the organ," Cook said. "Every time I do, I always have people tweeting me or coming up to me at the game saying that hearing any of those songs I mentioned brought back a certain memory. I love hearing people's stories on how they connect a memory with a certain piece of music.” 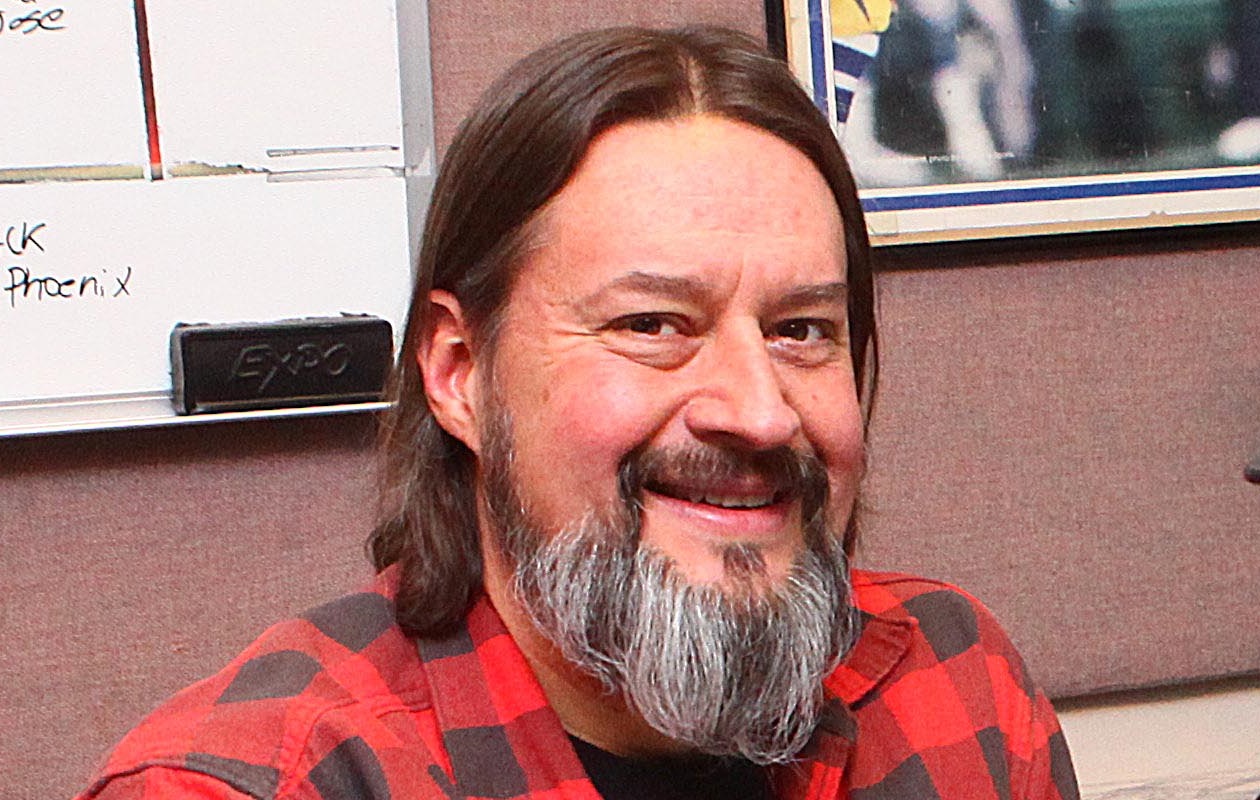 “I love ‘Sabre Dance’ and hope it always has some place within their presentation, even if it's just accompanying old highlights or something like that,” WGR 550 AM’s Chris “Bulldog” Parker said. “But I think the team ought to let a different player pick the entrance song each night. Make it a part of the intro, maybe even have the player on the Jumbotron introducing the song and, if they're comfortable enough, saying something about why they chose the song.”

Dunleavy went whole-hog on anthemic arena-rock when asked what song he’d be thrilled to hear as the team takes the ice.

“Queen’s ‘One Vision,’” Dunleavy said, citing the lyrics’ encapsulation of the Sabres fan experience. “'One goal, one fight, one true religion’ – that, for Buffalo, being their Sabres and hockey in general.

"That song represents the Sabres, for sure, but it also represents something that I truly feel is unique about Buffalo. Here, everyone is all-in on everything relating to Buffalo – whether that's the Bills, the Sabres, the development of Main Street, what might happen as Canalside grows, what's gonna become of the Skyway – it doesn't matter the topic, and it doesn't matter if we disagree.

"Having lived in Toronto and traveled to so many different cities, I can say for sure that it's not like that everywhere. From music culture to politics to sports, even if we disagree around here, we all care."

Rockin' jocks: When the pads come off, music lovers Drew Stafford and Ryan Miller of the Sabres have another hobby -- playing music

In a minor key

In the end, a winning season comes down to much more than the right song, the right sound, the right lyric and the right fan attitude. The team, of course, needs to do the work. The right music can, at the least, help set the mood and frame the experience for the fans.

“I'm certainly still a fan when I’m working,” Cook said. “I think to be a successful sports organist, you really need to be a fan yourself. You're essentially a cheerleader for 19,000 people, so as a live musician, I can change the mood of the music instantly and in turn, help get the crowd going.

“For example, if play stops and I begin to play a song in a major key that's upbeat and then players start pushing and shoving, I can instantly modulate into a minor key and make the organ music sound like villainous chase music from an old silent film to fit the mood of what is going on down on the ice.”

How is Cook feeling about the Sabres' chances this year?

“I am the eternal optimist,” he said. “No matter what happens, I am always all-in on the Sabres. They were my team even before I started working for them and they always will be my team, no matter what. I always hope we can get to the playoffs, year after year. I always look forward to hockey season starting and getting back to the arena to work and cheer for the guys on the ice.

“I’ve lived here all my life, and I can say for certain that Buffalo has an incredibly, and unusually, loyal fan base.”