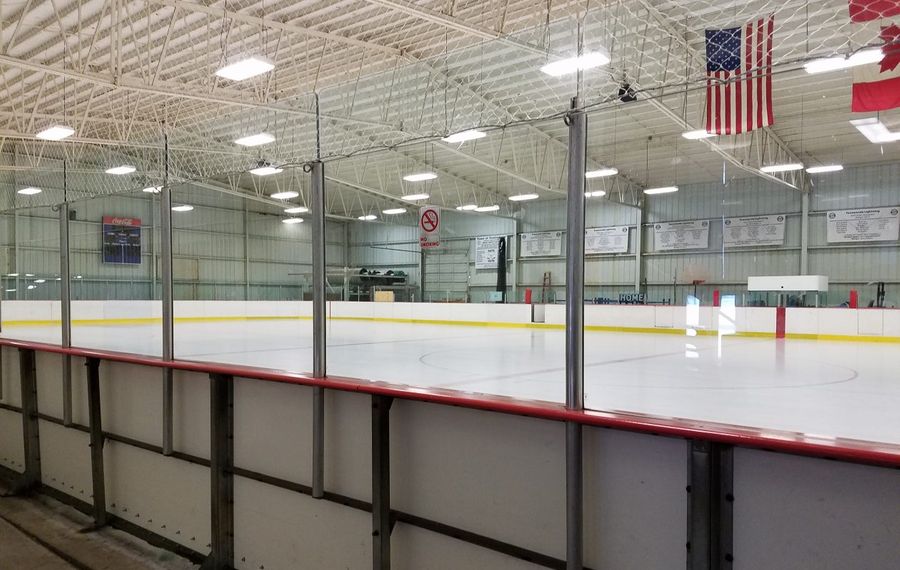 A major proposed expansion of the Town of Tonawanda's recreation program is on ice after cost estimates ballooned for the project.

The plan to build a new ice arena and splash pad at Brighton Park and to convert an aging ice rink into a field house at Lincoln Park initially carried a price tag of just under $9 million, with officials anticipating the town could break even on the project thanks to increased revenue from the venues.

However, Supervisor Joseph Emminger said the estimated cost now has unexpectedly soared to $13 million, meaning the town would lose tens of thousands of dollars annually on the project.

This news may serve as the death knell for the hotly debated recreation expansion.

Youth hockey backers for years have sought improvements or replacements for the town rinks at Brighton and Lincoln parks, which are 60 years old and too small to host hockey tournaments.

Critics say road and sewer repairs are a higher priority and many also balked at the price and opposed closing the Brighton pool and wading pool to make way for the larger arena.

The town had sought to bring in the Kenmore-Town of Tonawanda school district as a partner on the ice rink. But the state Education Department ruled the project wasn't eligible for state aid.

Under the latest proposal, the town would have constructed a new, larger ice arena and splash pad at Brighton Park, replacing a pool that town officials said is badly in need of repairs, leaks water and is an annual money loss.

The town would have kept the current Brighton ice rink while converting the rink at Lincoln Park into a field house for rugby, indoor soccer, lacrosse, softball and other sports.

In total, a town recreation official said at the June 24 Town Board meeting, the three new venues combined would generate a little over $1 million in annual revenue, carry $515,000 in expenses and require $450,000 to pay back the money borrowed for the project, leaving about $87,000 in estimated yearly profits.

The apparent ability to upgrade the town's recreational facilities without losing money in the process won over most of the Town Board, which voted over the summer to hire RP Oak Hill Building Company as construction manager.

The next step would require borrowing the estimated $8.5 million to $8.8 million cost of the project.

But before the Town Board did that, Emminger said, RP Oak Hill recently provided an updated cost of $12.5 million for the new ice arena and splash pad. Combined with the nearly $500,000 cost for the field house, the project now is at least $13 million, he said.

There are increased costs for additional site work on and around Brompton Road in Brighton Park, near the site of the new arena and splash pad, but that doesn't explain the entire difference, Emminger said.

That's too much for Emminger. He said the town, still adapting to the loss of its largest taxpayer – the former Huntley Generating Station – already loses hundreds of thousands of dollars each year on its Aquatic and Fitness Center.

Emminger did leave the door to the recreation expansion open a crack. He said the Town Board could opt to put the plan up for a public vote, or residents could collect enough signatures on their own to put the question on the ballot.

But the new financial picture makes the argument for moving ahead with the proposal a harder sell.

"Sometimes you've just got to move on," Emminger said.

This development is certain to cheer the residents who live close to Brighton Pool who object to its closure. But Councilman Dan Crangle, who is leaving the Town Board at the end of this month, said the town should have started work on the project two years ago, when everything from labor and materials would have cost less.

He laments what he considers a lost opportunity for the town and its young families.

Brian Anken, director of athletics for St. Joseph's Collegiate Institute, spoke in support of the project at the June 24 meeting. He said the school has as many as seven boys' hockey teams that require ice time at Brighton, Lincoln and other arenas in North Buffalo and Amherst.

"We're really all over the place," Anken said Monday.

The town now is likely to move forward with the field house, either at Brighton or Lincoln arenas, Emminger said, because that project remains a moneymaker on its own.

"Eventually we'd be out of the ice arena business," Emminger said.

Tonawanda then would have to decide what to do with Brighton Pool, which could be repaired or replaced with a splash pad that would operate at a lower cost.

Mark Campanella Sr., superintendent of the town's Youth, Parks and Recreation Department, deferred to Emminger and Crangle on where the town goes from here.