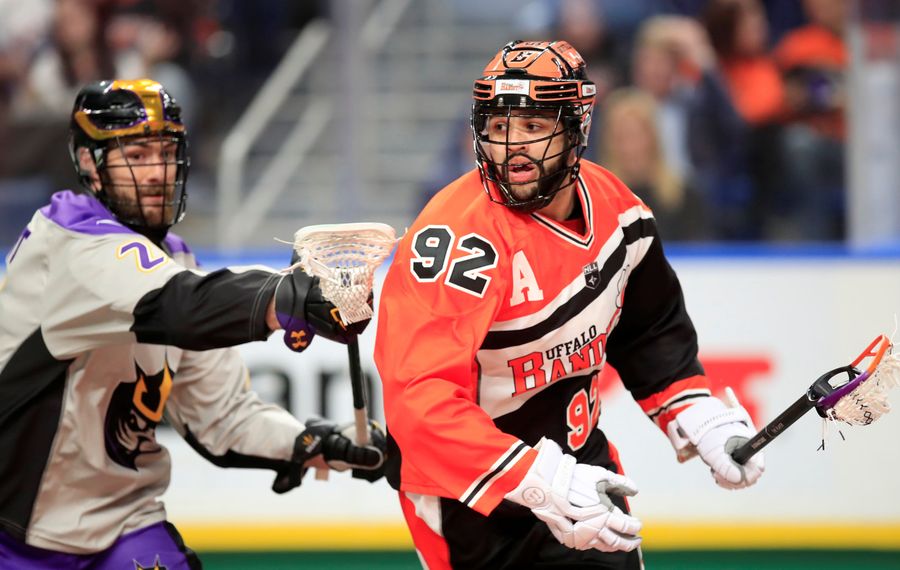 The Buffalo Bandits opened the 2019-20 season with a 13-10 victory over the San Diego Seals at the KeyBank Center on Saturday night.

Dhane Smith, Chris Cloutier and Corey Small each had a hat trick for the Bandits.

First-round pick Brent Noseworthy, the University of Michigan’s all-time leading scorer, had an assist in his first NLL game.

Two local products were on the visitors’ side for the contest. Connor Fields, a Bishop Timon-St. Jude graduate, had a goal and two assists for the Seals.

He was selected 10th overall in the 2018 NLL Entry Draft but missed some of last season after undergoing knee surgery. Saturday’s was Fields’ first NLL game in Buffalo.

Connor Kearnan, a Canisius College graduate, had a goal and an assist for the Seals.

San Diego had the advantage in shots, 60-54, but Matt Vinc was strong in net as usual. The veteran goalie made 49 saves for the Bandits.

It was the definition of a back-and-forth game. Buffalo scored its first goal of the season 1:39 into the contest. Small had the tally.

Fields answered back for San Diego at the five-minute mark, and the two teams exchanged goals, going into halftime tied at four.

The game was knotted up at 10 goals each with just over five minutes to play when the Bandits’ offense came to life.

Josh Byrne put Buffalo up by one with a crease-diving goal. After that, Smith gave the Bandits a little breathing room with a pair of goals. Buffalo went on to close out the Seals.

Up next, Buffalo will host the newly-christened Halifax Thunderbirds on Dec. 28 at 7 p.m. at the KeyBank Center.

The Thunderbirds were created in the offseason when the Knighthawks moved from Rochester.

Pegula Sports and Entertainment purchased the Knighthawks name and operate the “new team” as an expansion franchise.