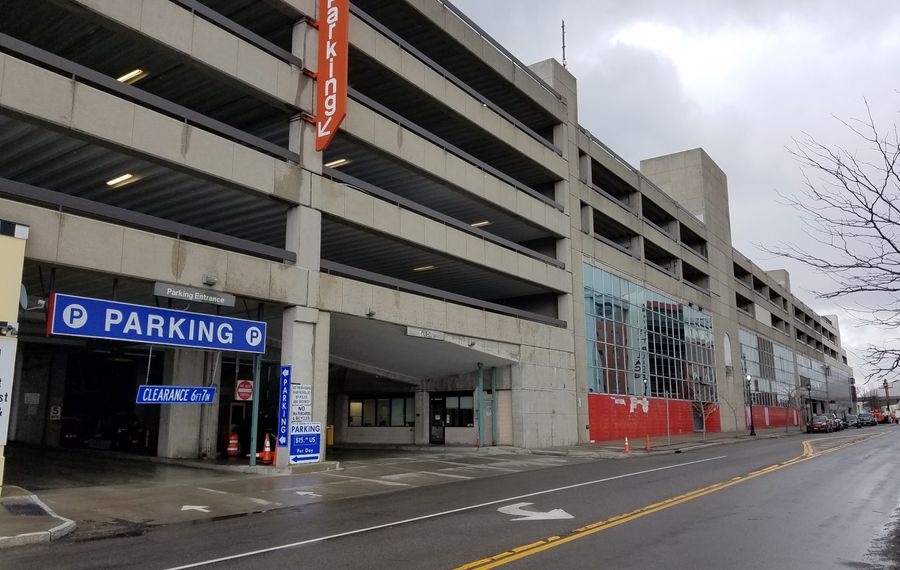 Instead, USA Niagara Development Corp., a state agency, will construct commercial space in the former Rainbow Centre Mall and work with the City of Niagara Falls, which owns the downtown building, to find tenants for it.

The Wonder Falls project envisioned converting the old mall's 200,000 square feet of vacant space into a water park with a 300-room hotel above it. But that did not prove feasible, either technically and economically, Anthony Vilardo, president  of USA Niagara, said in an interview.

Uniland Development Co. of Amherst, which was awarded a state bid to develop Wonder Falls, found the project would be far more difficult to fit into a pre-existing building than it had thought, Vilardo said.

Also, Uniland concluded that the new federal tax law President Trump signed in 2017 made state aid to the project taxable income for the company, reducing its potential return on the project. The state and the company tried to work around that but failed.

“It’s project economics,” Uniland Vice President Michael Montante said in a news release. “We pushed through many roadblocks over the years but, in the end, the project simply cannot be sustainable given the required costs.”

The value of the project was estimated at $150 million when Cuomo announced it in August 2014, but the state never said officially how much it planned to invest in Wonder Falls. The Buffalo News reported in October that no state money had been paid to Uniland.

“The project team and I are disappointed that the years we spent developing and championing this project will not result in Wonder Falls coming to life,” Montante. “We have consistently maintained that we are responsible stewards of public funds. In this case, the economics do not make sense and the prudent and proper decision was to end the process."

In 2012, about half of the long-vacant mall's space was converted into Niagara County Community College's Niagara Falls Culinary Institute.

To revive the other half, USA Niagara now proposes cutting a covered east-west "pedestrian street" through the north side of the mall.

Street-level commercial space would be prepared along both sides of the pedestrian street and also on Rainbow Boulevard and First Street, which border the building.

Its adjoining five-level, 1,600-space parking ramp will remain largely intact. The plan calls for new exterior cladding to conceal its 1970s concrete façade, or, as the state announcement put it, "lessen its monolithic appearance."

Vilardo wouldn't say how much money the state expects to spend on the new idea for a mall makeover, for fear contractors will peg their proposals to that amount and drive up the state's costs.

The envisioned pedestrian street would run near the path of Thomas Street, which disappeared a half-century ago during federal Urban Renewal projects in downtown Niagara Falls.

"That's part of the shame of Urban Renewal," Vilardo said. "When they remade the map of downtown Niagara Falls, it took the pedestrian, the resident and the visitor out of the mix. It gave no consideration to having a walkable downtown that catered to residents and visitors alike."

No tenants have been lined up. And there are no renderings, because no design, engineering or architectural firms have been hired yet.

A request for proposals from such companies will be issued Monday to firms on Empire State Development's list of pre-qualified firms, with proposals due by Jan. 31. Vilardo said no construction is likely until 2021.

USA Niagara's agreement with the city requires the city to approve any tenant.

"I will work with USA Niagara to ensure that we improve the site to include high-density, mixed-used redevelopment with an active ground level that will foster future development on adjoining parcels," Mayor-elect Robert M. Restaino said in a news release.

"What we would hope to attract to the Rainbow Centre is unique, high-quality offerings to residents and visitors alike," Vilardo said.

He said preserving the parking ramp is important not only for prospective mall tenants but also for potential projects on other nearby parcels the state bought earlier this year from Joseph M. "Smokin' Joe" Anderson.

Repairs to the ramp's concrete and elevators also are part of the plan. Such work has been on hold while Wonder Falls was a live project.

Now, Wonder Falls joins the list of other big Niagara Falls projects that never got built, such as AquaFalls, an underground aquarium that left a giant pit in the parking lot of the former Occidental Chemical Center, now called One Niagara; the Ghermezian brothers' megamall; and the Niagara Experience Center, which would have been a family-friendly attraction built around the history of the cataracts.

“It’s always difficult when projects we believe in and work so diligently on don’t come to fruition," said Kellena Kane, Unliand's director of development. "Because this one was announced with such fanfare and involved the potential investment of taxpayer dollars, we understand that the public will also feel let down."