Nathan Gordon knew he was in trouble when he saw Christmas lights on a list of Chinese imports set to be slapped with tariffs.

Gordan Cos., the Cheektowaga-based business where Gordon is vice president, buys directly from Chinese manufacturers to supply its Dave's Christmas Wonderland stores, and resells goods to other retailers.

"Some items, especially in the Christmas light world, there’s really only so much you can charge for it," Gordon said. "The margins – you can only eat so much of the cost before you have to start passing it on."

The company had already been hit by earlier rounds of tariffs, which forced it to raise prices on everything from baskets to furniture. To cover the added tariff costs, Gordon Cos. split the difference with its store and business customers: It swallowed half the cost of the tariff, and made up the other half by raising prices.

To Gordon's relief, traditional Christmas tree lights ended up being excluded from the list (though another type of Christmas lights – the ones used in candle lamps – were not).

But if a fourth round of tariffs goes into effect Dec. 15, there won't be a single thing left in the company's stores or warehouse that hasn't been taxed. Christmas ornaments, decor, nativities – everything will cost more than it did before the tariffs went into effect.

With a solid economy and low unemployment, this year's holiday shopping season had all the makings of a slam dunk for retailers and consumers alike. But the United States' trade war with China left a giant question mark looming. How would tariffs on Chinese goods – essentially a hefty tax – translate to consumer pricing? And how would fears about trade fallout affect consumer confidence?

It looks like President Trump's decision to delay the last round of tariffs to Dec. 15 made all the difference.

In doing so, most of what was on consumers' Christmas shopping lists was spared: clothing, toys, watches and jewelry.

As a result, consumers have pushed this year's holiday sales to record-breaking heights. Shoppers spent $68.9 billion during the four-day Black Friday weekend from Thanksgiving through Sunday, up 5.4% from last year, according to research firm Consumer Growth Partners. Cyber Monday shattered records, too, boosting sales by nearly 20% over last year for a total of $9.4 billion, according to data firm Adobe Analytics. 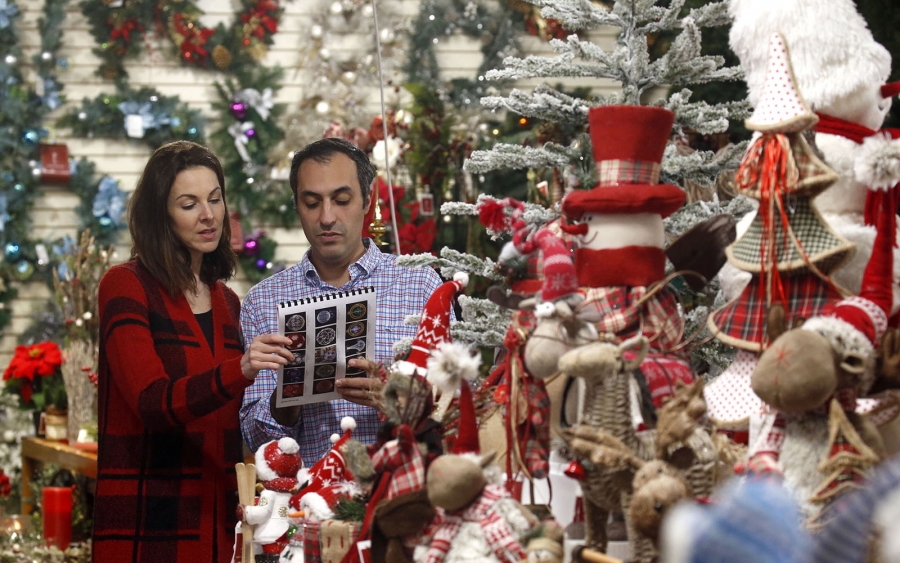 Nathan and Laura Gordon of Gordon Cos., parent company of Dave's Christmas Wonderland shops, in their showroom in Cheektowaga. (Robert Kirkham/Buffalo News)

Much of the earlier tariffs affected unfinished goods like chemicals, components and raw materials – so price hikes have not yet trickled down to consumers.

It could take "quite a while" before shoppers notice a difference, said Veljko Fotak, a finance professor at University at Buffalo School of Management, since consumers are shielded from companies' behind-the-scenes moves until the shelf price changes.

"Consumer prices, in reality, are quite 'sticky' – and it will be a while before the full impact of these tariffs is felt," he said.

Companies also placed merchandise orders early this year to beat the deadline for a round of tariff costs that went into place in September. Some inventory that wouldn't have arrived until October, for example, arrived as early as summer. As a result, vendors and retailers were able to build inventory at pretariff pricing, which means much of the merchandise on shelves now was not taxed extra by Customs and Border Protection.

But it will likely be a different story in 2020, especially if tariffs on electronics, clothing and a slew of other Chinese consumer goods go through as planned Dec. 15.

Nike, Adidas and Under Armour already have said they will pass increased tariff prices on to consumers. In a letter to the president, they and 170 other shoe retailers said tariffs on their products would be "catastrophic" to consumers.

"There should be no misunderstanding that U.S. consumers pay for tariffs on products that are imported," the letter reads.

Though tariffs have added as much as 25% to purchase prices of some products for American buyers, Chinese import prices fell just 2% from June 2018 to September 2019. In other words, China is still getting roughly the same asking price for what it is selling, but American companies are not recouping their added tariff costs, according to a study by the Federal Reserve Bank of New York.

Fortunately for consumers, American businesses have shouldered the cost of tariffs so far.

Fearing a price increase would hobble their ability to compete, companies have tried to hold the line on pricing, hoping a deal with China is hammered out soon.

But, so far, companies have been left holding a pretty heavy bag. And that can't go on for long.

In the meantime, businesses are weighing other options to mitigate tariff costs. But there's nothing that would provide significant relief in the short term.

Companies are also looking for ways out of China, scouting manufacturers in other countries, but that kind of supply chain overhaul is a complex, lengthy undertaking.

Gordon Cos. has established relationships with Chinese manufacturers over 30 years, but has been scrambling to make new contacts in the Philippines, Cambodia, Thailand and Vietnam. Those countries make up a smaller pool of manufacturers, and every American buyer affected by tariffs is trying to draw from it.

At the end of the day, there isn't enough capacity to replace what China provides, Gordon said.

"You can't just pick up and move," he said. "It’s one of those things where you wish you didn't have to do business with China, but it's just such an industrial machine and everything is so established." 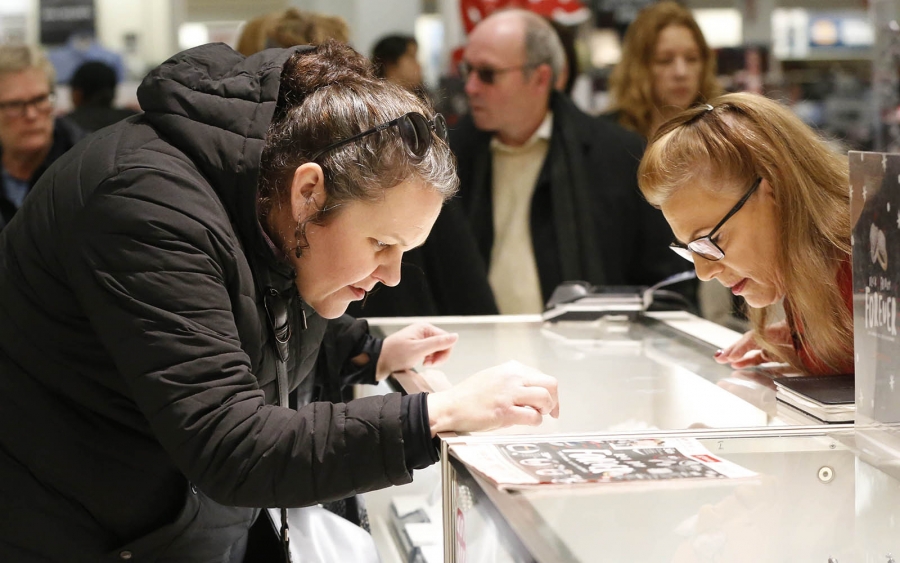 They are intended to steer consumers away from tariffed goods and toward domestic products.

"If prices are not increasing, tariffs are not working," Fotak said.

It's expected the next round of tariffs will be avoided if the president can strike a favorable trade deal with China. If not, almost all Chinese goods will carry tariffs by Dec. 15, amounting to $550 billion worth of imports overall.

But even if the president reaches a deal with China, it doesn't mean consumers are out of the woods.

Trump has announced tariffs on goods from Brazil and Argentina, and has threatened to increase new French tariffs from 25% to 100%.

"The uncertainty is a lot more damaging than the tariffs themselves," Fotak said.

If another round of tariffs goes into effect Dec. 15, an additional $156 billion worth of consumer goods will be subject to a 15% tariff. It would include: