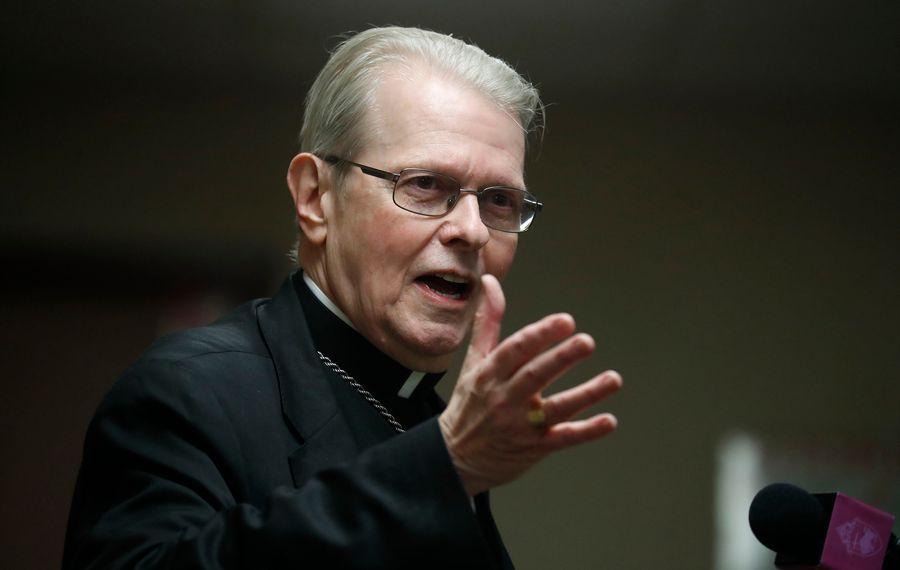 From the moment he described survivors of clergy sexual abuse as “part of our family,” Albany Bishop Edward B. Scharfenberger sounded a different note than what many victims of abuse heard from Buffalo Bishop Richard J. Malone.

Scharfenberger pledged in his first day on the job as the new man in the Buffalo Diocese’s top leadership spot to meet with “any and all survivors, absolutely.” Malone often was criticized for not meeting with more clergy abuse victims.

Scharfenberger’s free-flowing and sometimes spirited discussion with reporters for more than an hour Wednesday was a stark contrast from the didactic sessions with Malone, who rarely held news conferences or gave interviews, despite the clamor for more insight into his handling of sex abuse claims.

Scharfenberger also has a track record on handling sex abuse complaints that is vastly different from Malone’s. As a parish priest, he served for several years on a diocesan review board that analyzed complaints of clergy sexual misconduct. Days after being ordained a bishop in Albany in 2014, he called the Saratoga County district attorney to report a complaint that one of his priests was having a sexual relationship with a 15-year-old girl.

He released a list of Albany Diocese priests credibly accused of sexually abusing minors in 2015, 2 1/2 years before Malone did the same thing in Buffalo. In 2018, Scharfenberger also called for the creation of a commission of Catholic lay people to investigate bishops accused of sexual misconduct and invited the Albany County district attorney to review the diocese's records pertaining to priests accused of sexual abuse of children.

But Scharfenberger's arrival and Malone’s departure alone won’t relieve the Buffalo Diocese of its continuing turmoil, which includes federal and state investigations into clergy sex abuse cover-ups, more than 220 civil lawsuits alleging sex abuse of minors and the likelihood of a bankruptcy filing that could take years to resolve.

“It’s a long list, and there’s a long road ahead of us,” said John J. Hurley, president of Canisius College and a member of the organizing committee of the Movement to Restore Trust, a lay group of Catholics who called for Malone's resignation.

Scharfenberger, 71, cautioned people not to expect a “knight in shining armor.”

“I’m not here as the fix-it man. I’m just here to be a spiritual father, and also as an administrator to make sure that the diocese continues to operate in a way that is accountable, responsible, transparent, and in a way that effectively serves the mission of the diocese,” he said.

“I want to get the fixing in motion,” he added.

Scharfenberger said he sensed that many area lay Catholics were eager to assist in bringing stability and healing in the diocese, and he welcomed their efforts. Scharfenberger retains his post as Albany bishop while he oversees the Buffalo Diocese.

In a teleconference call Wednesday afternoon, he told Buffalo Diocese priests he planned to be in Western New York at least one day per week, typically on Mondays. He encouraged the priests to help heal the wounds of abuse survivors.

“We are on the front lines. God has commissioned us to do this,” he said. “The healing will come through our fathering and our prayerfulness.”

[Related: New Buffalo Diocese leader: 'I am here to help you heal']

In the news conference, Scharfenberger addressed the “spectre of bankruptcy” by saying that “whatever I do will be done with full professional consultation.”

One of Scharfenberger's first official acts was to appoint the Rev. Peter J. Karalus as vicar general and moderator of the curia for the diocese. Karalus was in the post – essentially the second-in-command for the diocese – under Malone since 2018.

In the Albany Diocese, which is facing 42 lawsuits under the Child Victims Act, the possibility of bankruptcy at this point appears less likely, he said.

Hurley said the Buffalo Diocese hasn’t even started the “heavy lifting” on litigation yet, and it appears inevitable that it will file for Chapter 11 bankruptcy protection because of the volume of civil claims.

He compared the situation in the Buffalo Diocese to that of the Archdiocese of St. Paul-Minneapolis, which filed for bankruptcy in 2015 and then saw Archbishop John Nienstedt and Auxiliary Bishop Lee Piche resign from their posts amid criminal charges related to mishandling clergy sex abuse complaints.

It took nearly four years for the archdiocese to emerge from bankruptcy with a settlement in which it agreed to pay $210 million to victims.

“It’s not unlike what we’ve got here, where there was upheaval, and then they had to methodically work through a lot of issues. And there are a lot of issues that have to be sorted out in the bankruptcy case, and not the least of which is the amount of insurance coverage available to pay the claims,” said Hurley. 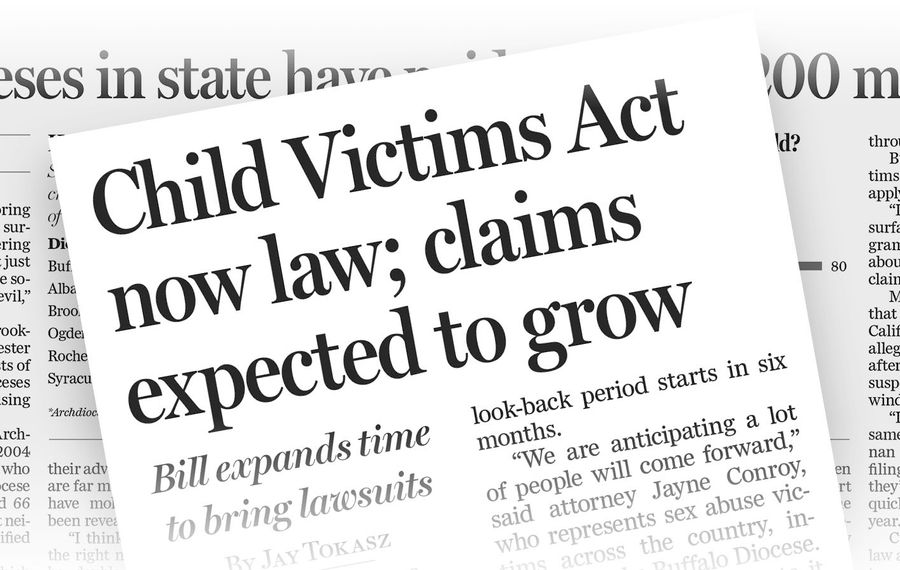 Perhaps more daunting to overcome than the financial and legal challenges was the erosion of trust in diocese leaders.

“After nearly two years of being deceived, gaslit and lied to by bishops and priests, it's very difficult to have any trust left for any of them,” Stephanie McIntyre said after watching Scharfenberger’s news conference on a diocese livestream.

Diocese officials allowed the Rev. Fabian Maryanski, 77, to work in parishes for more than two decades after he was first accused by McIntyre in 1995 of having sexual contact with her when she was a 15-year-old parishioner at St. Patrick Church in Barker.

McIntyre said the abuse began in the mid-1980s and continued for years. The diocese last year awarded her $400,000 in compensation for the abuse.

She said she was willing to give Scharfenberger “the benefit of the doubt.”

“I hope that he will be the antithesis of Bishop Malone. I hope that victims will finally be compassionately heard,” she said.

Deacon Paul L. Snyder III, who in September of 2018 started the calls for Malone to step down, said that Scharfenberger has "a strong reputation as a reformer, as a good priest, as a good man and a good bishop."

"All that's great," said Snyder, who is chief executive officer of the Snyder Corp. "I'm hopeful for him. But he still comes to us as a representative of a corrupted Catholic Church hierarchy that allowed decades of abuse and cover-up to take place."

Scharfenberger said there was no question trust has been broken or compromised, and restoring that trust goes much deeper than performing ritual acts.

It must be built and ultimately is a gift, he said.

“So I would say to any one of you who may not trust me or trust people in my position as a priest or as a bishop as a clergy, first of all, don’t judge us all as a class,” he said. “We have to avoid writing off people.”

Scharfenberger said he had not read a report by Brooklyn Diocese Bishop Nicholas DiMarzio on a Vatican-ordered investigation into the Buffalo Diocese that influenced Malone’s decision to resign.

The report is Vatican property, and Scharfenberger said he’s not aware of who exactly has read it.

He said he learn about some of the “major factors identified in the report” through conversations with DiMarzio.

Scharfenberger described those factors as the lack of ability to continue the governance of the diocese that Bishop Malone has faced, the disaffection of clergy and some members of the diocese, and the need for healing.

“That was the prime thing that I’m aware of, the need for healing and to have somebody come in and help heal the pain,” he said. “But I do not know the particulars.”

Scharfenberger said he will ask the Vatican to share with him more information about the report.

Vatican began preparing weeks ago to replace Malone as bishop