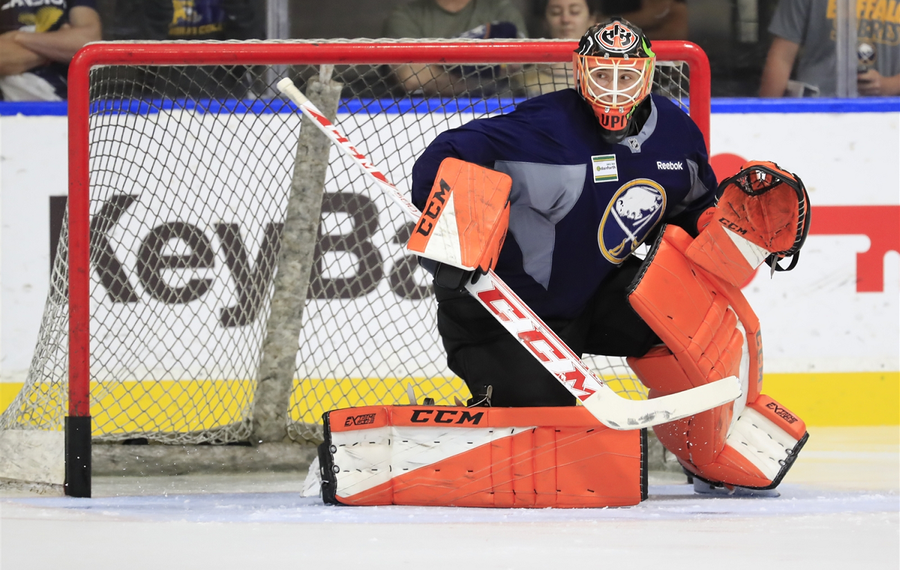 Sabres prospect Ukko-Pekka Luukonen has been named the ECHL goaltender of the month for November.

He had a record of 6-2-1-0 with a 1.88 goals against and a .925 save percentage for the Cincinnati Cyclones. He stopped 22 of more shots in seven of his nine games and had back-to-back shutouts on Nov. 14 and 16. Those shutouts earned him ECHL Goaltender of the Week.

Luukonnen is on his way back from hip surgery and the Sabres are being cautious with his recovery.

Last season, Luukkonen was named the Ontario Hockey League's Most Valuable Player and top goaltender in May after winning a league-best 38 regular-season games, including six shutouts, for Sudbury. Neither the surgery nor the rehab has fazed Luukkonen. He's now considered as one of the top drafted goalie prospects in North America.

Another Sabres goaltending prospect, Erik Portillo, was named to Sweden's preliminary roster for the IIHF World Junior Championship, which will be held Dec. 26 through Jan. 5 in Czech Republic.

Portillo, 19, was drafted 67th overall in June and has come to North America after playing with Frolunda, the same Swedish team that produced Rasmus Dahlin. Portillo has spent this season with Dubuque in the USHL.