Outspoken area Catholics said they were comforted by what they heard Wednesday from Albany Bishop Edward B. Scharfenberger, who temporarily takes over the Catholic Diocese of Buffalo, but they await concrete actions to heal an institution roiled over its handling of a clergy sex abuse scandal.

They say Richard J. Malone's departure as bishop is a much-needed fresh start for the diocese. Malone, they added, leaves a troubled legacy of opportunities missed but the problems in the local church go deeper than one man.

It's unclear how far Scharfenberger will go to bring true, institutional change to the diocese, they said, but they are willing to give him the benefit of the doubt based on the frankness and openness he showed in his introductory remarks to area Catholics.

Those were the initial impressions of Catholics who had grown critical of Malone's leadership and had publicly said so to Wednesday's announcement that Scharfenberger would for the foreseeable future replace Malone as leader of the Buffalo Diocese.

"He is deserving of an opportunity to clean this mess up," said Rep. Brian Higgins, the South Buffalo Democrat who in August 2018 called for Malone to step down and for prosecutors to investigate the diocese’s handling of child sex abuse allegations.

"That is a radical departure from a situation we've had here for several decades, which can be only characterized as a sick and disgusting culture of corruption that protects the abuser and shuns the abused," he said.

Paul L. Snyder III, chief executive officer of the Snyder Corp., was a deacon in his parish in August 2018 when he called on Malone to resign. Snyder said he liked what he heard from Scharfenberger, but he will look to the diocese's new apostolic administrator to push beyond the limitations set by canon law.

For example, Snyder said, if area Catholics end up paying the cost to settle dozens of abuse lawsuits filed against the diocese, the least Scharfenberger can do is make public all documents and reports related to the diocese's handling of those allegations.

"Don't we deserve that?" Snyder said.

Bishop Malone has resigned. So what happens to the diocese now?

Nielsen is a founding member of the Movement to Restore Trust, a group of prominent Catholics that had worked with diocesan officials to address the local clerical abuse scandal before breaking with Malone and calling on him to resign two months ago.

She said, as she listened to Scharfenberger, she was reminded of the Cat Stevens song, "Morning Has Broken."

"It is a new day in the Diocese of Buffalo," said Nielsen, praising the Albany bishop's "emotional intelligence."

It's not simply a matter of changing the bishop, she said. Nielsen noted with approval that Scharfenberger as one of his first steps planned to talk to the priests who will, with the laity, carry out the structural change required in the diocese.

Siobhan O'Connor said she also was struck by the difference in tone between Scharfenberger and Malone, particularly the Albany bishop's empathy toward abuse survivors. 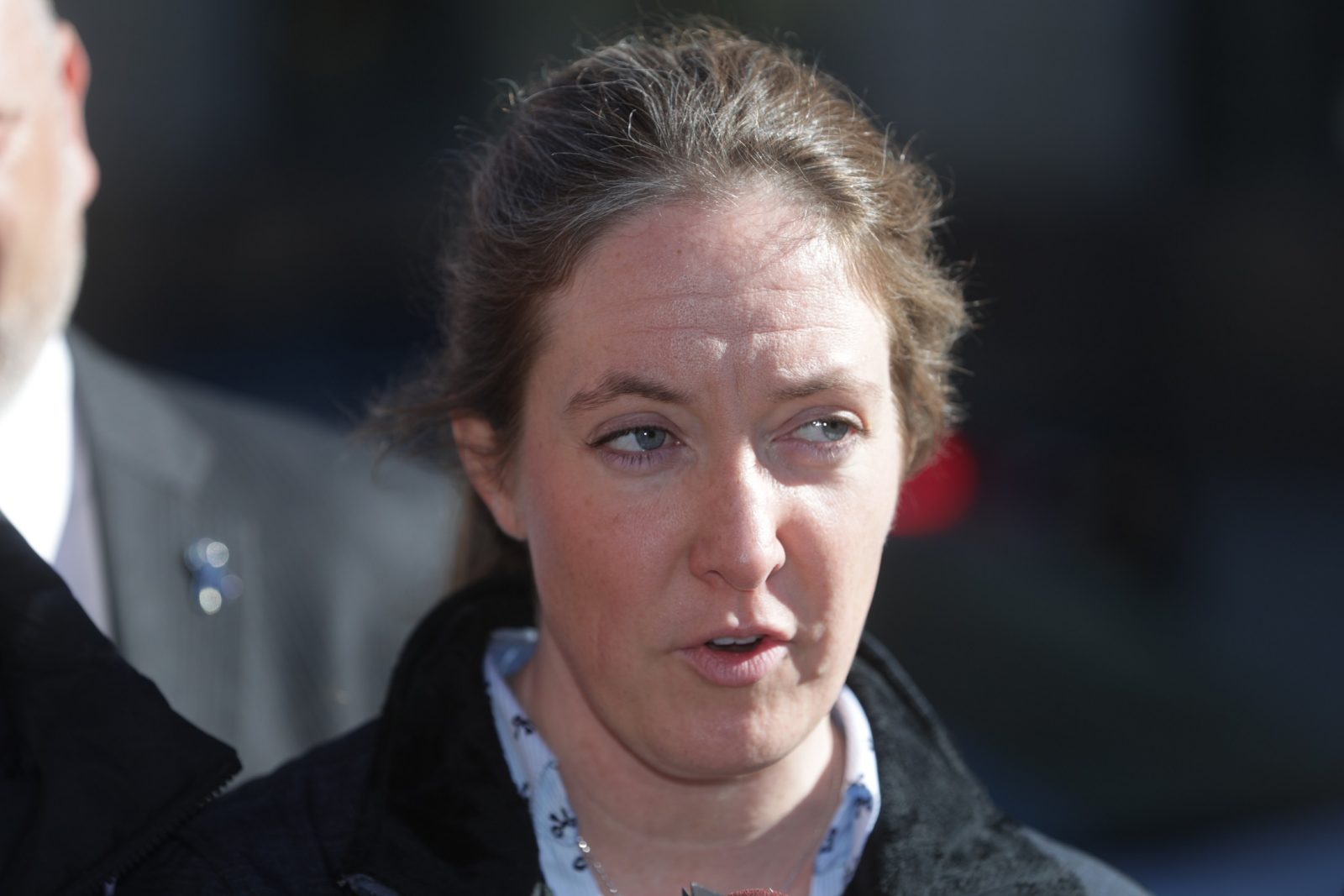 "To me, that really meant the most, because they are the ones who suffered the most," said O'Connor, Malone's former administrative assistant who leaked to the media internal church documents about clergy sex abuse.

O'Connor said she doesn't know if Scharfenberger realized how serious the problems in the Buffalo Diocese are nor how far he's willing to go to clear house among top administrators.

"We'll wait and see if his actions speak louder than his words," she said.

Malone, 73, was appointed Buffalo's 14th bishop in 2012. The Salem, Mass., native was ordained as a priest in 1972 and later served as an auxiliary bishop in the Archdiocese of Boston. He served as bishop of the Diocese of Portland, Maine, from 2004 to 2012.

The Buffalo Diocese's problems predated Malone, Higgins said, but he continued its long-standing preoccupation with protecting its interests at the expense of abuse survivors, their families and rank-and-file Catholics.

"Minimally he failed to take decisive action, and I think there's compelling evidence to suggest that he was part of this cover-up," Higgins said.

Malone last year belatedly took steps to publicize the names of some priests who abused children over the decades but, Snyder said, he didn't act until news outlets publicized victims' allegations.

His dismissal of abuse survivors made a bad situation worse, added Snyder, who blasted the tone of Malone's resignation letter.

"It's time that people are able to heal, and all Malone did in his goodbye letter was give a self-indulgent, arrogant goodbye that he wasn't to be blamed," Snyder said.

O'Connor said Malone's previous service in the Archdiocese of Boston, which was rocked by its own clergy abuse scandal, should have prepared him to tackle the problem here. Instead, she said, his legacy is of a church leader who prized holding onto his position of power above all else.

"That's how he'll be remembered, I think, as the man who wouldn't go. And then when he did he couldn't even leave us graciously," O'Connor said.

New Buffalo Diocese leader: 'I am here to help you heal'