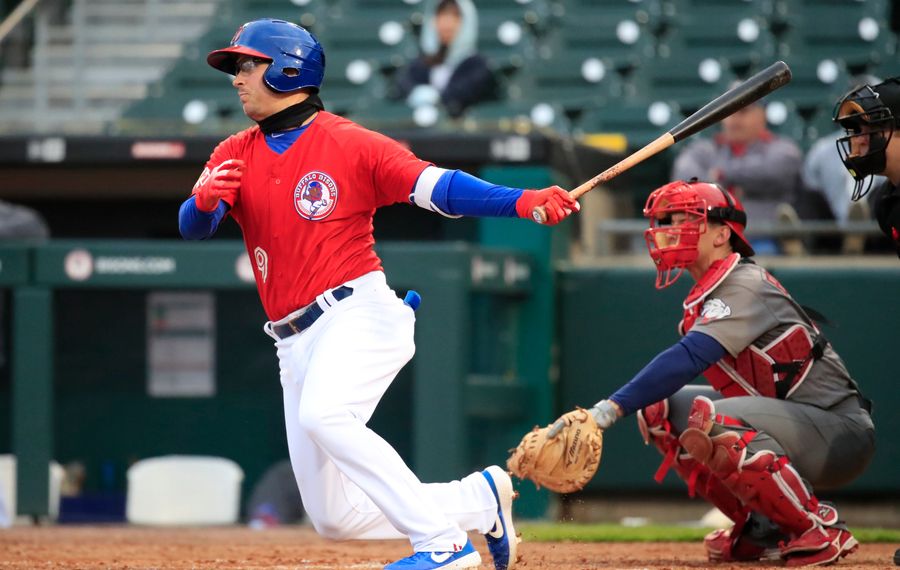 Patrick Kivlehan, the Buffalo Bisons’ home run leader in 2019, was among five players signed to minor league contracts by the Toronto Blue Jays.

Kivlehan hit 25 of his 29 homers in the International League season with Buffalo after he was acquired from the Indianapolis Indians. The Rutgers University product played first and third base for the Bisons.

Utility man Andy Burns, who spent all of the 2019 season with the Bisons and led the team with 113 hits and 118 games played, was another signee. Burns was the Jimmy Griffin Hometown Hero Award winner with the Herd after he batted .322 with 11 home runs and 29 runs batted-in in 63 games at Sahlen Field.

Others signed to minor league contracts and receiving invitations to spring training with the Jays were right-hand pitchers Phillippe Aumont, A.J. Cole and Justin Miller.

Aumont spent time with Buffalo in 2015. Cole was with the IL Columbus Clippers last season. Miller spent parts of the last two seasons with the Washington Nationals.