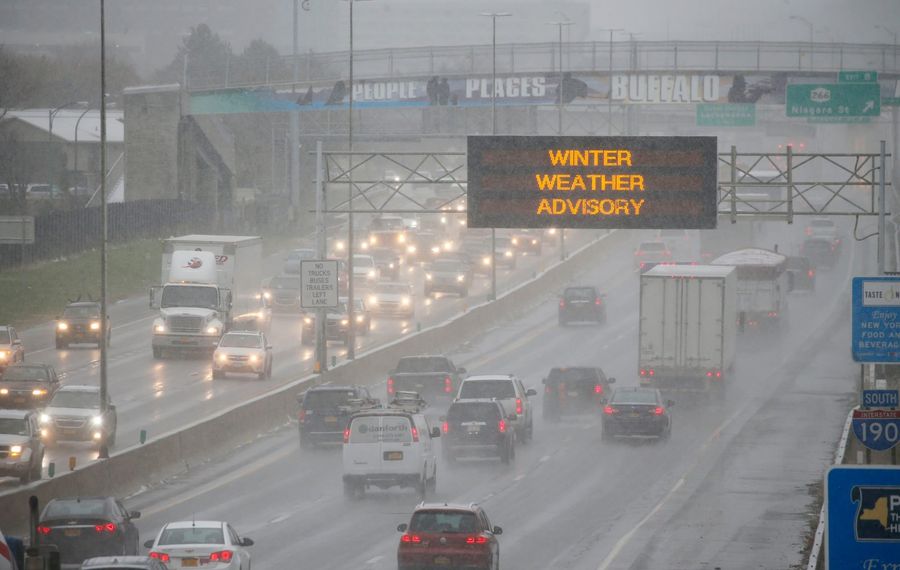 Western New Yorkers should prepare for slippery road conditions due to cold temperatures and snowfall, according to the National Weather Service.

The NWS issued a winter weather advisory until 11 a.m. Monday morning as 1 to 3 inches of snow are expected.

Today's high in Buffalo is expected to be 32 degrees, the low 21.

The advisory, which is for Erie, Niagara, Orleans, Genesee and Chautauqua counties, was issued at 3:13 a.m. Monday. It advised motorists to plan on slippery road conditions due to snow, but also issued a tweet that stated roads could be hazardous due to the freezing temperatures.

The Erie County Department of Public Works tweeted that it had trucks salting the roads in the districts of Hamburg, Aurora and Concord.

Here's the forecast for snowfall today (4 a.m. - 7 p.m.). Temperatures will be below freezing today, so there may be some slick spots during the morning commute - even if your location does not get much snow. pic.twitter.com/eV0EBNaWzc

The Hamburg District is seeing light to moderate blowing snow throughout the District. The higher elevations are reporting 1-3” of accumulations of snow with the Lakeshore reporting a little less. 6 plows are out treating roads however use caution slick spots will still exist.