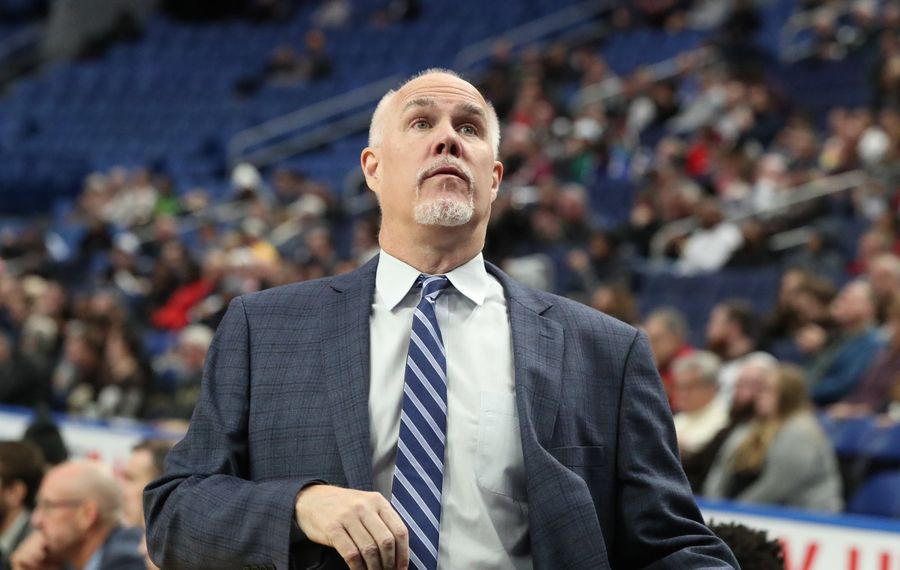 St. Bonaventure triumphed over the host team, Florida Atlantic, 71-64, on Monday night to win the Hall of Fame Bracket of the Boca Raton Beach Classic on Abessinio Court at FAU Arena in Boca Raton, Fla.

Earlier in the day, Canisius ran into an old rival, former Niagara coach Joe Mihalich, and lost to his Hofstra Pride, 64-57, in the championship game of the Boca Classic’s Naismith Bracket.

Dominick Welch, a sophomore from Cheektowaga, had three 3-pointers in a 13-0 run that produced a lead that the Bonnies never gave up in their victory. They went from trailing 54-46 to leading 59-54.

FAU got to within 65-64 with 1:19 left. Bonnies coach Mark Schmidt used two timeouts, the second with 52 seconds left. After a quick inbounds, Kyle Lofton hit a 3-pointer for some breathing room. One free throw each by Amadi Ikpeze, Lofton and Bobby Planutis closed out the Owls.

Welch finished with 15 points for Bona while Lofton and Planutis each had 14. It was the third straight win for the Bonnies since the return of Osun Osunniyi from a leg injury. However, Osunniyi played only 19 minutes in Monday’s game and not at all in the second half. No information was immediately available about his status. Osunniyi had four points, six rebounds and three blocked shots.

Mihalich who coached Niagara men’s basketball for 15 seasons from 1998-99 to 2012-13 with a 24-9 record against rival Canisius, succeeded in another crack at the Golden Griffins.

Canisius’ last lead in the game was 48-46 with 9:30 to go in the second half. Eli Pemberton tied it for the Pride with a pair of free throws and Coburn put his team in front to stay with a layup on a three-point play with 7:02 left.

Freshman Armon Harried led Canisius with 15 points and stood out in a Griffs’ 22-6 rally that took them from a 28-23 deficit late in the first half to a 41-34 advantage, their largest of the game, early in the second half. The freshman from Baltimore had 12 of his 15 points including two 3-pointers in that stretch.

Malik Johnson and Scott Hitchon each had 12 points for Canisius, which shot only 37.5 percent (21 of 56) from the field. Hofstra outscored Canisius 36-31 in the second half despite missing all six 3-point tries. The Pride outshot Canisius, 16-4, in free throws in the second half, not missing from the line.

Canisius will stay in Florida for a Wednesday night game against Florida Atlantic in the same venue.

The Bona women (1-6) will try to end their five-game losing streak at Kent State on Tuesday afternoon. Freshman Olivia Brown was named Atlantic 10 Rookie of the Week for her 20-point performance in a loss at Binghamton last Wednesday.