A reward of up to $2,500 is being offered by Crime Stoppers Buffalo for information leading to the arrest and indictment of a Niagara Falls man.

Those with information on Parmer's whereabouts were asked to call Crime Stoppers at 867-6161 or they can submit a tip by downloading the free Crime Stoppers Mobile App, Buffalo Tips, from the Apple or Android store. 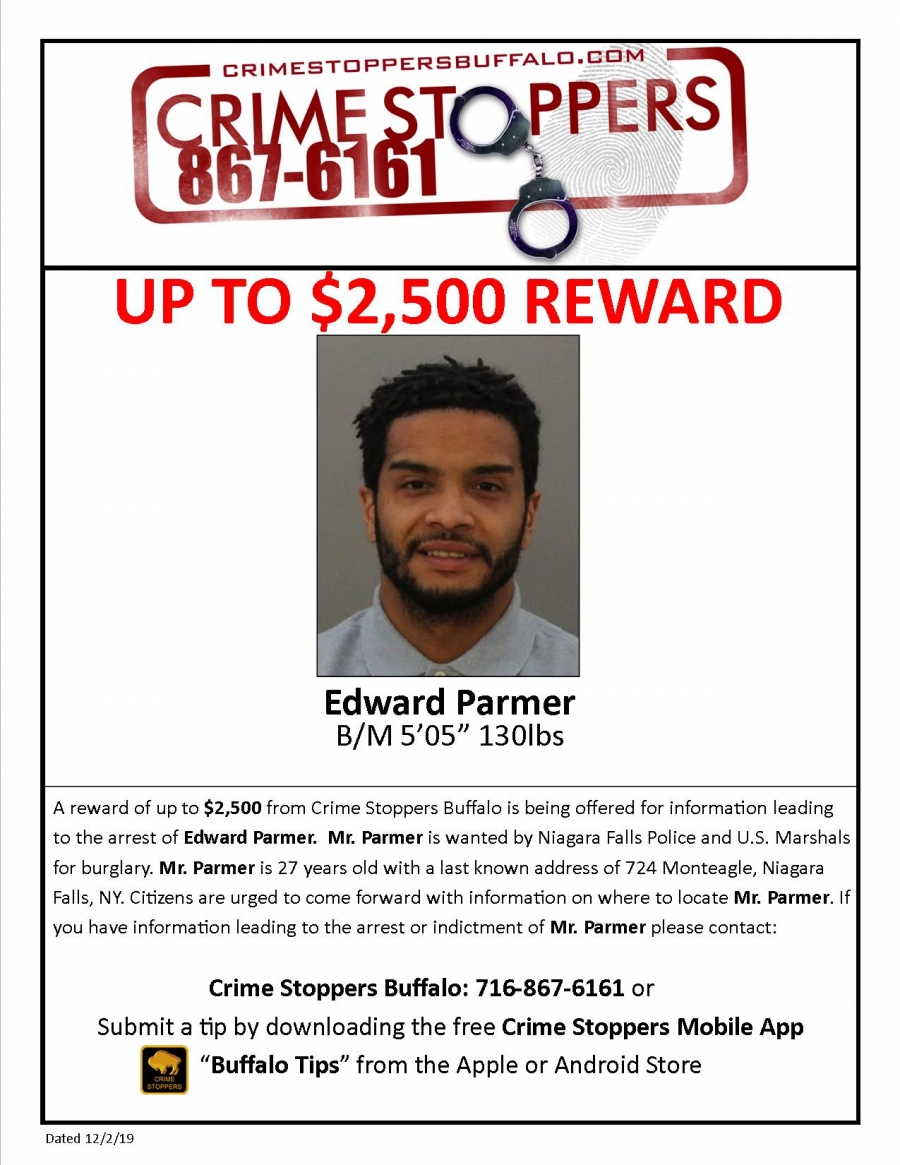