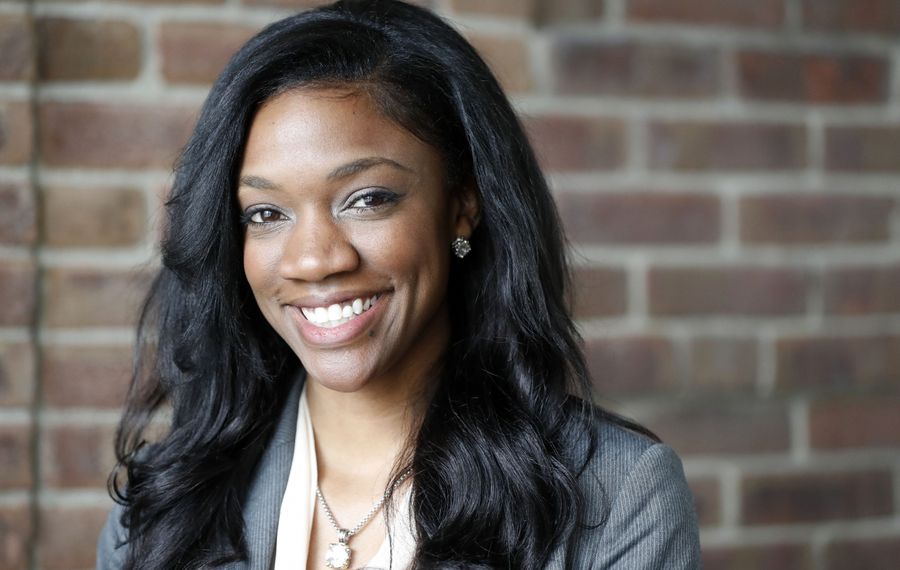 Democratic congressional hopeful Melodie Baker officially launched her campaign for the 27th Congressional District’s Democratic nomination Monday, even as opponent Nate McMurray appears to have sewn up backing from most county leaders.

Baker, director of education for the United Way of Buffalo and Erie County, declared her candidacy during a late afternoon event at Clarence Town Park. Her future now hinges on convincing Erie County party officials in coming days, and changing the mind of at least one leader in the district’s seven outlying counties – all of whom support McMurray.

“If I can get an edge here I think I can change some hearts and minds,” she told The Buffalo News.

Baker may be noting progress in Erie County, which controls 49% of the district’s weighted vote. Her announcement included praise – though no official endorsement – from Terry MacKinnon, who leads the district’s biggest town committee as chairman of Hamburg's Democrats.

“What I have seen of Melodie Baker so far has been impressive and I applaud her for coming forward,” he said.

“I support a robust discussion about who should be the Democratic candidate in the special election,” he said. “Melodie has an incredible record of fighting for education and health care policies as an advocate in her previous roles. She is a great candidate.”

Still, McMurray appears to have sewn up the nomination for a special election expected on April 28 with the backing of leaders from Niagara, Wyoming, Livingston, Genesee, Orleans, Monroe and Ontario counties – who together constitute a 51% majority of the weighted vote.

“I think Nate is headed in the right direction,” Zellner said.

Baker said during her Monday press conference that she will focus on health care as an economic issue.

“Economic security is directly linked to wellness and health care,” she said. “People should not have to choose between paying their mortgage or health insurance. Pie-in-the-sky proposals that won’t pass Congress and will turn off independent voters who are distrustful of government are not the solution. We need to build upon what’s working.”