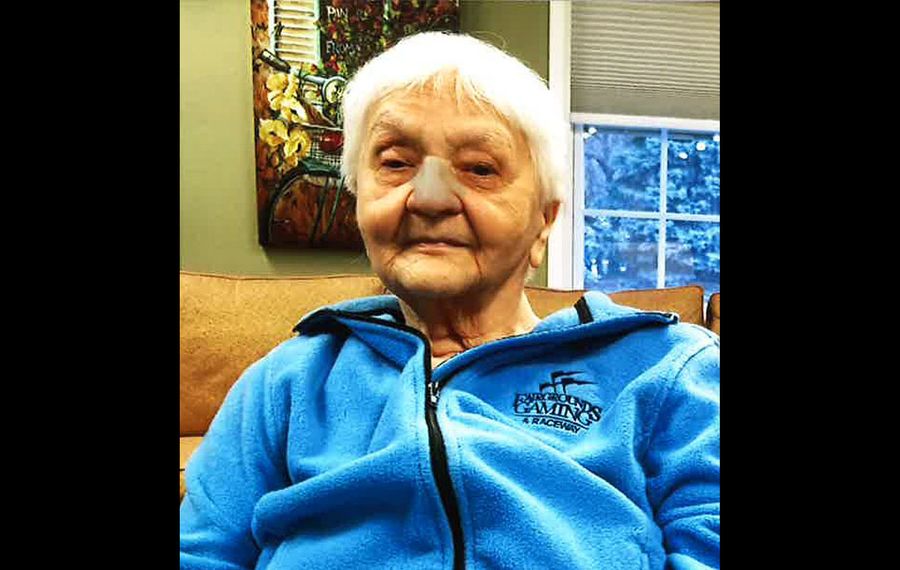 The state Health Department has fined an Amherst adult care facility $1,000 for allowing an 87-year-old woman to wander outside during a wintry night and nearly freeze to death.

Alice M. Klosko's children are upset with the penalty.

“That is ridiculous. That poor woman went through hell for the rest of her life,” said daughter Doris M. North.

Klosko, who had mild dementia, was dressed only in a nightgown when she wandered from her room at Brompton Heights and went outside sometime after 3 a.m. Dec. 9, 2017. Then it started to snow.

Hours passed before she was found at about 7:30 a.m. She was taken to a hospital semiconscious, bruised, frostbitten and suffering from hypothermia.

Klosko, a widow and great-grandmother, survived the ordeal, but she was never the same, North said. She died in January at a different facility.

None of what happened to Klosko was made public until July 2019, more than 18 months later, when the state Attorney General’s Office issued a news release announcing the arrests of four Brompton Heights workers.

The four were charged with a felony, endangering the welfare of a vulnerable elderly person. One of the workers allegedly slept for half his overnight shift while Klosko apparently cried for help outside in 28-degree weather.

The three other workers either ignored two emergency alarms or muted them before going outside into a car for more than an hourlong break, authorities said.

George Stokes, whom state prosecutors identified as the sleeping worker, told The Buffalo News he is being made a scapegoat.

“Nobody’s telling the truth. They are saving their own butts,” Stokes said, referring to what his former co-workers told Health Department investigators.

Stokes, who says he was working a double shift and needed some sleep, also blames Brompton Heights management for understaffing.

But Health Department investigators offered a harsh assessment of the care given to Klosko and others by the Brompton Heights staff:

“The staff at the facility showed no regard for the welfare of residents by leaving the entire floor and wing of the facility without any staff for an extended period of time, by not responding to a door alarm, by not taking immediate action when a resident was identified as missing and by not being knowledgeable of the physical features of the building and the facility’s systems. … ” 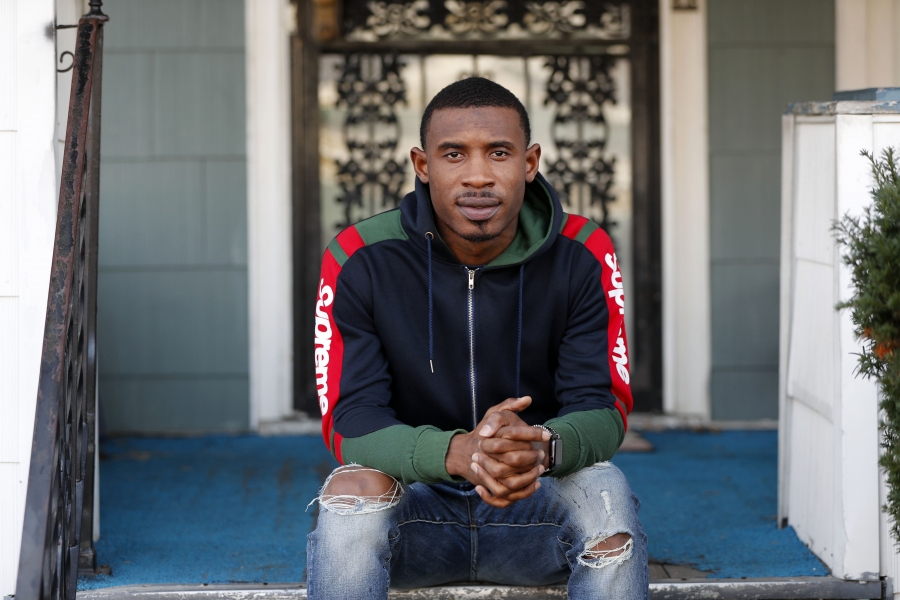 George Stokes lost his job at Brompton Heights adult care facility in Amherst after resident Alice Klosko wandered outside in the middle of the night and nearly froze to death. (Mark Mulville/Buffalo News)

The four ex-employees are schedule to appear in Amherst Town Court on Dec. 12.

Klosko’s children have sued Brompton Heights and its owners, the Hamister Group, a Buffalo company better known for its hotels.

“There was a downward spiral because of the horrific pain and suffering that she endured,” said attorney Michael Scinta of the Brown Chiari law firm.

Brompton Heights' owners issued a statement through a public relations firm stating that the workers were fired following an internal investigation, but the company did not comment upon what happened to Klosko, only stating safety is a priority for its assisted living residents.

Adult care facilities can be fined up to $1,000 per day for violations under state law.

The Health Department has imposed a total of $90,060 in civil penalties on Brompton Heights in the past two years, according to the agency's website.

Advocates for senior citizens say the public has been done a disservice because of the Health Department’s failure to notify the public about what happened to Klosko at Brompton Heights.

The Health Department’s website has a page devoted to Brompton Heights, but nowhere does it reveal that a resident nearly froze to death there two years ago.

In New York State, there are 539 licensed adult care facilities with 50,252 beds available.

The state lists on its website citations at each adult care facility, which include adult homes and assisted living facilities, and densely written documents about enforcement actions. It's virtually impossible to tell what specific wrongdoing has occurred at any adult care facility or what the fines are for.

For example, a Sept. 11 inspection of Brompton Heights cited a violation of regulation 487.12 (j), described as “disaster and emergency planning,” and included one sentence from the regulation's text.

When asked why the Health Department does not post the full inspection reports, Health Department spokesman Jeffrey Hammond said the department “will continue to look at ways to expand the information we make publicly available.”

(Read the vague stipulation and order containing a $1,000 penalty for Alice Klosko's care)

The News did obtain copies of inspections of adult care facilities in Erie and Niagara counties, including Brompton Heights, from the Center for Elder Law & Justice in Buffalo. The center had filed with the state a Freedom of Information Law request last summer for those inspections.

Lindsay Heckler, supervising attorney at the center, said if the Health Department provided the public with online access to those documents, it would help families trying to decide whether to place a loved one in an adult care facility.

The state does require adult care facilities to have paper copies of state inspections available for public review at their facilities, Heckler said.

No federal requirement exists requiring the department to provide the public with similar information about adult care facilities.

Yet, advocates say increased numbers of older adults and their families are turning to this form of residential care because it is considered safe and less institutional, and is cheaper.

“Unfortunately, too often, the promise of assisted living is broken. Government rules and oversight have simply not kept up with the needs of assisted living residents,” said Richard J. Mollot, executive director of the national Long Term Care Community Coalition.

The result, Mollot said, is inadequate staffing and lax monitoring.

“Penalties for substandard care, even when it results in serious harm or death, are so infrequently imposed that they are virtually meaningless as a deterrent,” he said. “Sadly, the lack of public information on the quality and safety provided by these facilities compounds the challenges that residents and families face.” 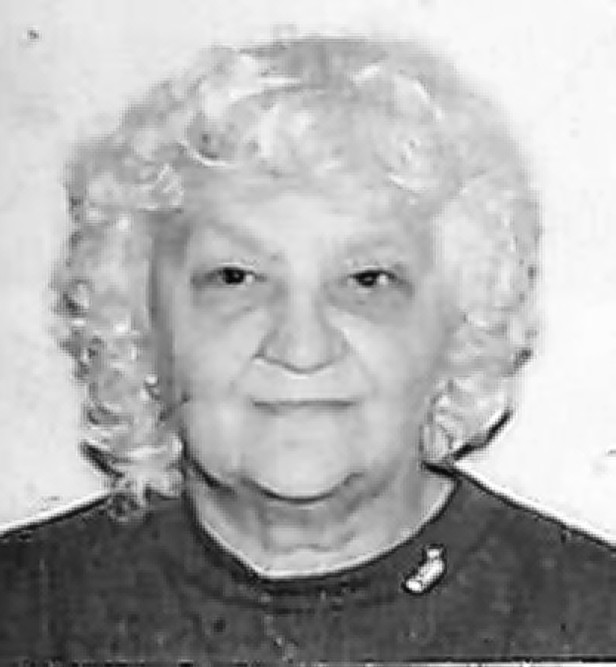 She enjoyed flower gardening, playing bingo and spending time with family members, her daughter said, but deteriorating health had necessitated the need for assisted living.

A pre-admission evaluation of Klosko had determined that she presented risks for wandering and falling, yet the staff at Brompton failed to place a roam alert bracelet on her, the Health Department determined.

According to the agency's investigation, Klosko required help with walking, but she somehow managed to leave her room in the middle of the night Dec. 9, 2017, open an emergency exit door, go down 16 stairs, open a second door and step outside without anyone noticing.

A resident in a room near the stairwell that Klosko exited told investigators he or she heard a voice calling out “someone help” between 4 a.m. and 5 a.m.

The resident said a call bell was used to summon staff, but when an aide arrived the worker was listening to music through headphones and never removed them. The worker took no immediate action to find Klosko, the Health Department determined.

Stokes, a 29-year-old personal care aide, says that night he had combined his lunch break and two coffee breaks, which allowed him to sleep for an hour in the employee lounge. But state investigators say cameras show Stokes went into the lounge at 1:50 a.m. and did not emerge until 5:20 a.m., leaving 20 residents unattended.

Stokes insisted he was not sleeping that long and that at one point he checked on another resident when that individual set off an alarm.

The state investigation quoted Stokes as saying he searched “briefly” for Klosko. But he says he never stopped looking and even went in a car to search nearby roads.

He says he and another worker found Klosko and carried her inside.

"I'm sorry that this happened," Stokes said. "I wish it never happened."

Of his apology, Klosko's daughter said, “I’m sure everybody wishes it never happened. I’m one of them, but unfortunately nobody was doing their jobs.”

The three other aides being prosecuted are LaQuanda Johnson, 40; Caprice Newbern, 29; and Stephanie Shinault, 36. While Klosko was missing, they allegedly left work and spent more than an hour in a car in the facility’s parking lot.

The state Attorney General’s Office stated the workers were taking their breaks outside “while knowing that Stokes was asleep and not doing his duties. When they left the facility, the entire wing was left unmonitored by employees and staff.”

Health department investigators said that Brompton Heights administrators and the “operator’s representatives” were aware that “employees were sleeping on the job and taking extended breaks outside the facility.”

A statement issued on behalf of Brompton Heights by a public relations firm stated: “Ongoing employee training, stringent quality assurance and recruiting well-qualified team members are all ways Brompton Heights provides a safe and compassionate place for each of our residents and their families.” 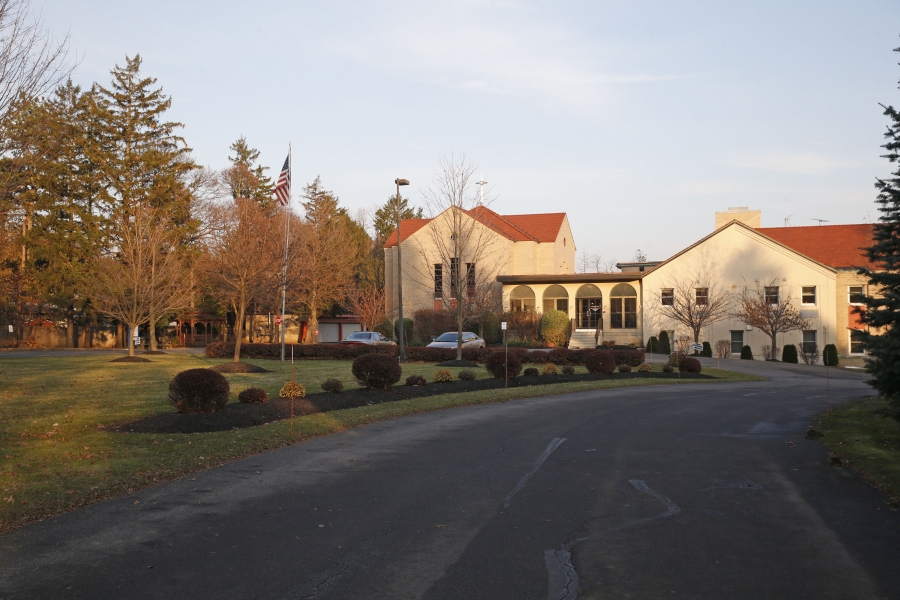 Other problems at Brompton Heights

Brompton Heights’ troubles go far beyond the case involving Klosko, according to The News’ review of Health Department inspection reports and lawsuits.

The Health Department has issued 138 citations to the facility in the last four years.

In addition, there are a handful of pending and recently settled lawsuits against Brompton Heights: