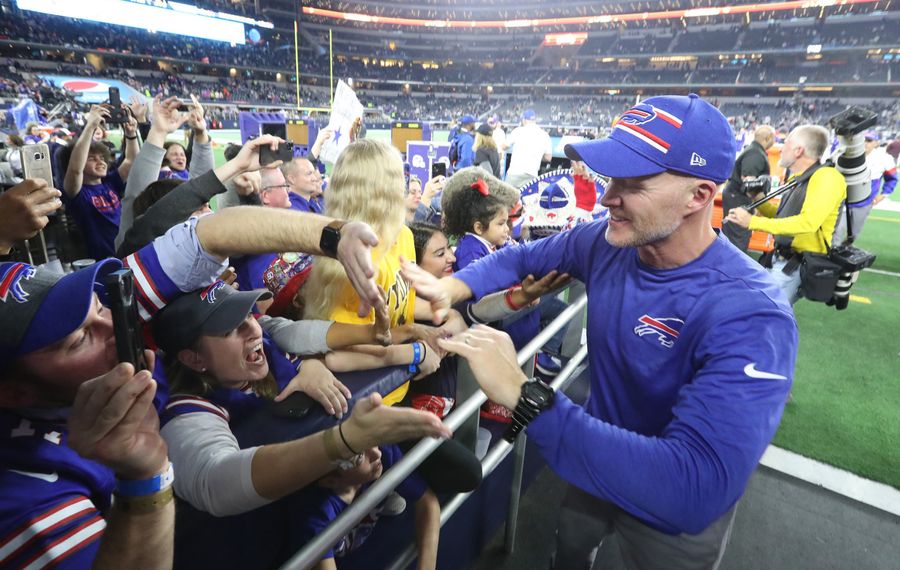 Kickoff for the Buffalo Bills' Dec. 15 game against the Pittsburgh Steelers at Heinz Field has been moved to 8:20 p.m., the NFL announced Sunday night.

The game will be nationally televised by NBC, a decision prompted by both the Bills (9-3) and the Steelers (7-5) being in the thick of the playoff hunt. Pittsburgh beat Cleveland 20-13 on Sunday.

The Bills' only other Sunday Night Football appearance came in 2007, the second year of the series, in a 56-10 loss against the New England Patriots.

To make room for Bills-Steelers in the prime-time slot, the league moved the kickoff of the Minnesota Vikings-Los Angeles Chargers game in L.A. to 4:05 p.m.