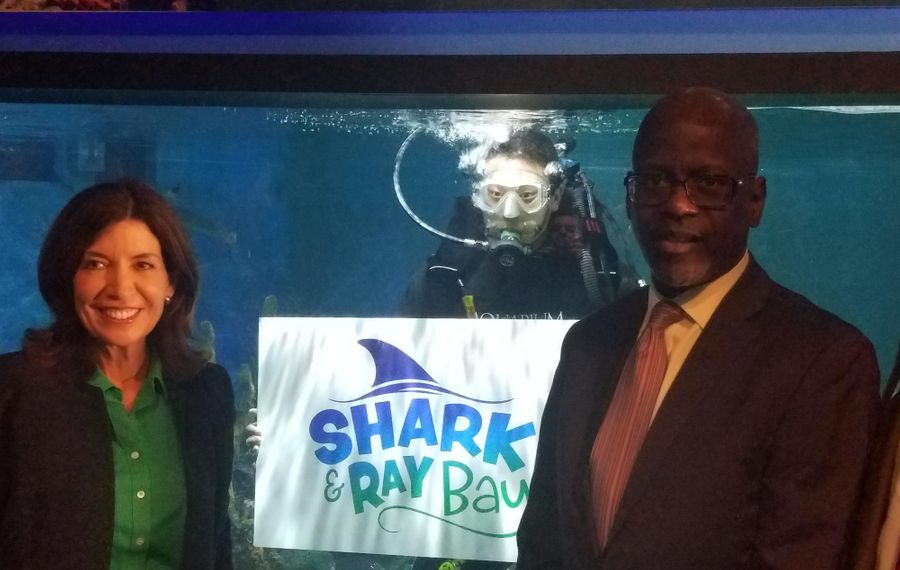 The Aquarium of Niagara will be closed from Monday through Dec. 11 because of construction of its new shark and stingray exhibit.

The $1.85 million M&T Bank Shark and Ray Bay will be installed in a shallow 4,000-gallon tank just inside the Aquarium's main entrance.

The exhibit will give visitors a chance to reach into the water and touch bamboo sharks, a small species that doesn't bite, as well as Atlantic and yellow stingrays, whose barb – or stinger – will be trimmed to make the interactions safe.

Gary K. Siddall, Aquarium executive director, said when construction began in late September that the Niagara Falls facility would be acquiring the animals over the next several months.

The exhibit is targeted to open in June.