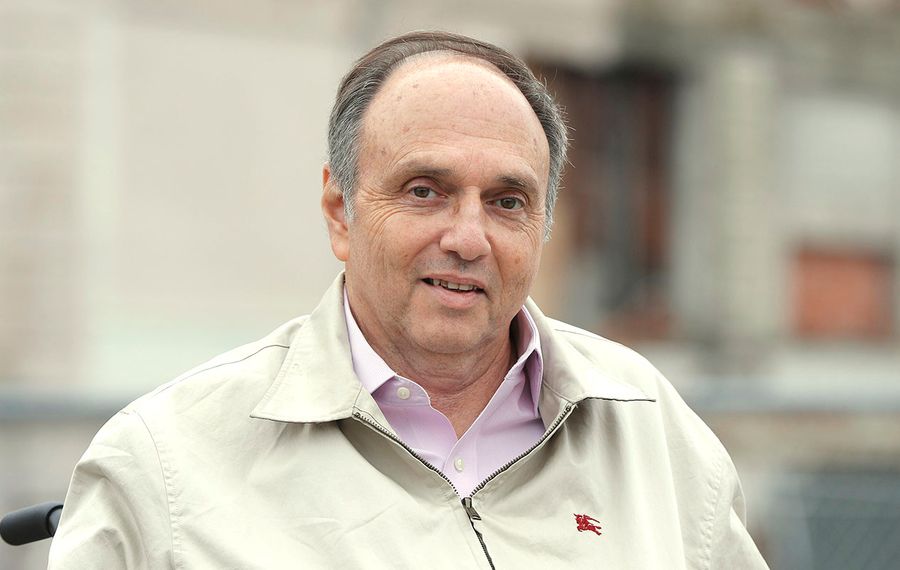 Federal prosecutors are seeking to add to their case against indicted Rochester real estate developer Robert C. Morgan, who won't go on trial for the criminal mortgage fraud charges he faces until early 2021 – more than a year and a half after the charges against him and three other defendants were handed down.

Morgan; his son Todd; his former finance chief, Michael Tremiti; and Buffalo mortgage broker Frank Giacobbe were charged in May with 114 counts of bank, insurance and wire fraud, in connection with his financing of apartment properties. Prosecutors accused the defendants of conspiring to deceive lenders by falsifying rent rolls, financial statements and other documents that were submitted to justify commercial mortgages.

On Monday, U.S. District Court Judge Elizabeth A. Wolford set the trial date for 9 a.m., Jan. 11, 2021, with four months allotted for the proceedings. The trial will be held at the federal court in Rochester, where Morgan and two of the three other defendants are based.

The court's action comes just a few weeks after Morgan completed the sale of about half of his real estate portfolio – 95 properties with 18,000 units in eight states – to a joint venture with Morgan Properties of King of Prussia, Pa., which is an unrelated company despite the similar name. According to a government filing, those properties are valued at about $2 billion.

That sale – whose price was not previously disclosed – freed up $48 million that was paid to a court-appointed receiver to pay off investors in a series of "notes funds" that were managed by Morgan and were the subject of a separate civil lawsuit by the Securities and Exchange Commission. Morgan is currently engaged in settlement talks with the SEC, according to separate letters and court documents in that case.

At his peak, Morgan owned about 180 properties with 36,000 units nationwide – including several thousand in the Buffalo area. Other properties are also being sold one by one, in separate transactions.

Prosecutors also notified Morgan's attorney, Joel M. Cohen, that the government "continues to investigate potential new allegations and plans to use new evidence it identifies against Mr. Morgan in this matter," according to a filing by the defense team.

Cohen said prosecutors suggested those could include claims that the government made in an Aug. 28 civil forfeiture filing in connection with 13 additional properties, beyond the 20 that were cited in the original indictment. That second lawsuit came three months after the pretrial motion deadline was set and one month after the voluntary discovery deadline, setting the defense team further behind, he noted.

Wolford's order followed efforts by Morgan's attorneys to extend the deadline for pretrial motions beyond January 2020 – and ultimately push off the entire trial – because they say they won't have enough time to prepare complete responses to the government's allegations.

Morgan's attorneys said the government hasn't produced all of its required documents under "voluntary discovery," despite a deadline to do so that already passed. While prosecutors provided over 2.1 million pages of material to the defense on Aug. 8, there are 886,500 documents that can't be read because the technical "load files" are missing, the attorneys said.

Finally, the defense team said it needed more time because it also "spent significant time and resources" dealing with secondary issues since May. Those include the government's forfeiture actions, negotiations with the government and third parties to release individual properties for sale, and especially the larger joint-venture negotiation with Morgan Properties.

In the filing, Cohen asked for a six-month extension of the deadline, because of what he called "the government's ongoing and apparently open-ended investigation." He noted that otherwise, the defense has just two months left to prepare its motions.

"It is in the interests of fairness and judicial economy to extend the pretrial deadlines to realistically accommodate these circumstances," Cohen wrote. Todd Morgan and Giacobbe joined in the extension request, but Tremiti did not.

Prosecutors responded by noting that Cohen hadn't been formally and fully retained by Morgan until the end of July. That was more than two months after the May 21 indictment and the May 29 hearing, when a magistrate judge issued the scheduling order that required all document disclosures by July 31, with pretrial motions due by Jan. 31, 2020.

They said they contacted Cohen three times in May and July to inquire about his status and ask for a 100-gigabyte hard drive to provide the documents. But they only received the drive on Aug. 1, returning it a week later with the materials.

The prosecutors also noted that Morgan's attorneys didn't raise the problem of the missing load files for more than 80 days after they received the materials. Within two days, the government consulted with defense counsel to find out what was missing, and then sent the files over four days later, on Nov. 5 – six days after being notified of the problem. Prosecutors also have since found copies of three laptop hard drives that were seized in a May 2018 FBI raid, and are processing them to get them back to the defense in early December – even though the FBI returned the original drives to Morgan just weeks after the raid.

Prosecutors also dismissed the argument about having to deal with secondary issues as "irrelevant to his obligations to comply with the scheduling order," since the defense attorneys "could have allocated resources in a manner that enabled counsel to focus on the criminal case."

The judge did not rule on the request for an extension of the pretrial motion deadline, but she set a new "status conference" for Dec. 20, including to ensure that any "outstanding discovery issues" and "electronic issues" are resolved.