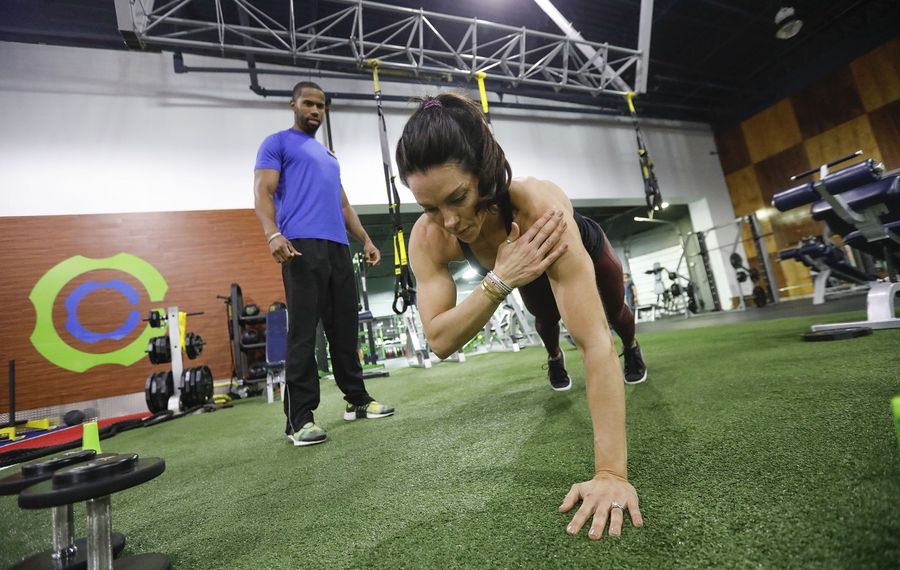 Amy Bueme brings loads of energy to her workouts.

The co-owner of Catalyst Fitness brings an even greater level of enthusiasm to her fitness centers, as the seventh location in the regional chain will soon attest.

She and her husband, Joe, next month will open their largest Catalyst yet, this one at 281 Meyer Road in Amherst, in a former Dick’s Sporting Goods store along Maple Road near the Boulevard Mall.

A swath of turf will sit smack dab in the center.

“My vision for this club was having a football field in the middle of it,” Bueme said. “It’s because when I started putting turf into the clubs, people of every age loved being on it. They were lifting weights, pushing sleds, flipping tires. There’s just something about it. It makes you feel like an athlete, it makes you feel like you’re having fun. …

Bueme said she and her husband expect to open the new center late the second week of December. It will join clubs on Elmwood Avenue in Buffalo; French Road and Wehrle Drive in Cheektowaga; Broadway in Depew; Eggert Road in the Town of Tonawanda; and Seneca Street in West Seneca.

The fitness center on Broadway is a smaller Catalyst Express club and the Buemes may transition their Eggert Road location in similar fashion when the new club opens less than 2 miles to the northeast. Several new members also have asked for a women-only section in the smaller club, Bueme said. 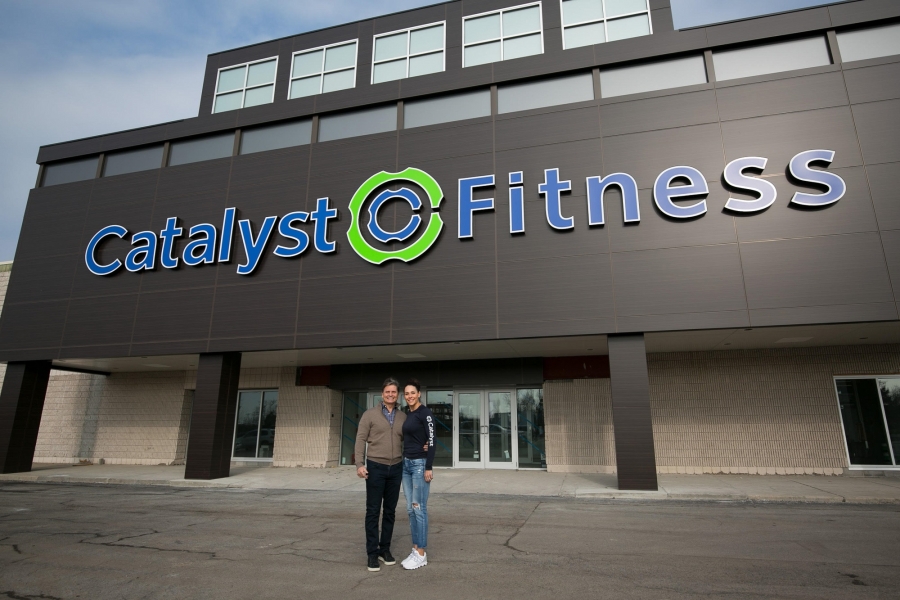 Joe and Amy Bueme will open their seventh Catalyst Fitness location by mid-December at 281 Meyer Road in Amherst, in a former Dick’s Sporting Goods store along Maple Road near the Boulevard Mall. (Photo courtesy of Catalyst Fitness)

The new club also will feature a Fit Lab with heart-rate monitors, Fit benches, Airdyne bikes, and treadmills that climb 23 levels in elevation and go “ridiculously fast,” she said, as well as a Cardio Cinema that will allow users to watch inspiring shows on a theater screen while they work out.

“We have a very small Cardio Cinema and Broadway, and it really took off,” Bueme said.

The new location will set yet another milestone for the Bueme family, which got into the fitness business in 1979 and owned 2001 Health Odyssey and Gold Gym clubs in the region before closing them and launching the Catalyst brand seven years ago.

The couple, who married 23 years ago, have about 250 employees. They own several of their sites, including the newest one.

No excuses! Fit exercise into the holiday madness

“The beautiful thing about my husband and I is that he loves the real estate end of it and I like the club planning,” Amy Bueme said. “I think we're doing very well as we grow.”

The new location will have about 60 employees and 15 personal trainers. It also will feature Robbie Raugh and Ellen Coleman, two of the top group fitness instructors in the region.

Rates are as low as $9.99 a month to join a single club, $19.99 to visit all clubs – and bring a friend – and $29.99 with unlimited group classes. Catalyst waives its enrollment fee, allows people to join without a contract, and throws in a couple of other extras from Black Friday to Cyber Monday. For more information, visit catalystfitnessbuffalo.com.