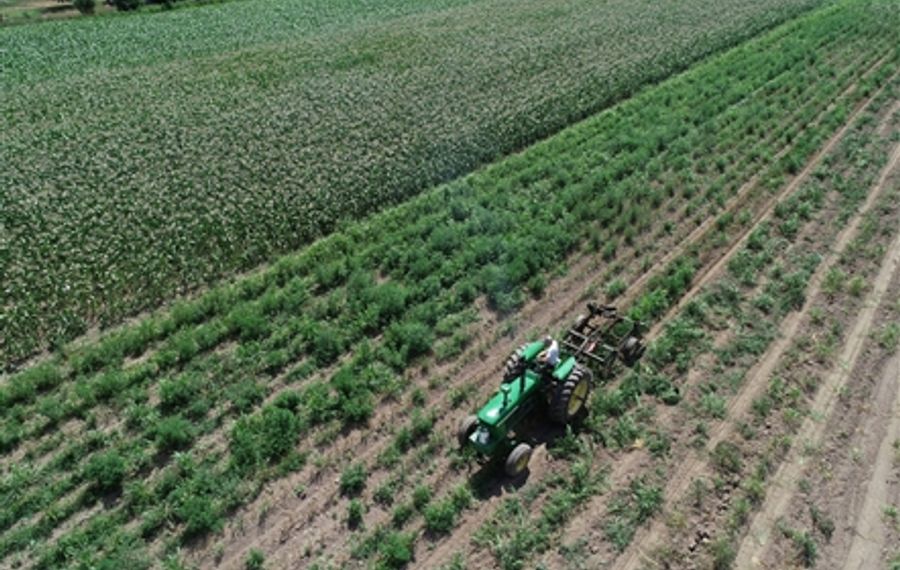 Appearing at a dairy farm in Java Center with local farmers and health experts, Schumer noted that federal statistics show the suicide rate for farmers and ranchers nationwide is about three and a half times higher than that of the general population.

That being the case, Schumer called on the Centers for Disease Control and Prevention to begin a comprehensive study of farmer suicides. In addition, the senator said Congress should pass the Seeding Rural Resilience Act, which includes a number of measures aimed at helping farmers suffering psychological issues.

"Our farmers are beset by enormous pressures, and so many factors out of their control — from bad weather to bad government policy to giant swings in the economic cycle — that for too many it becomes too much, and tragedy ensues," said Schumer, a New York Democrat. "That is why we need to break through the silence, and why we must together confront this challenge, offer better avenues for our farmers who are hurting to getting help, and do more studies so we have a real handle on the depth of the mental health challenge we face."

Those issues are particularly important in Wyoming County, the largest agricultural county in the state, said Patrick McCormick, the dairy farmer who hosted the event with Schumer.

"Our county has been hit hard with mental health issues in agriculture," said McCormick, who also serves as District Two director for the New York Farm Bureau. "We've lost a few good farmers this year."

Suicide rates have been increasing nationally, but Schumer noted that there's an absence of data on exactly how much higher the suicide rate is among the nation's farmers. In addition, he said there's been a lack of comprehensive research on why farmers take their lives.

That's where the CDC could help, he said.

"Once we have data we can know what what happens and how can we prevent it," Schumer said.

The Seeding Rural Resiliency Act would help, too, said Schumer, vowing to press for the bill's passage. The bipartisan legislation would fund three key efforts: stress management training at farm service agencies, a public awareness campaign about mental health issues in farm country, and the development of best practices for addressing those challenges.

McCormick said additional federal funding is needed for mental health initiatives in rural America. He  said the financial pressures that farmers face – from low milk prices to the U.S. trade war with China and other countries – have contributed to the psychological problems some are suffering.

"It's been a tough couple years," McCormick said.