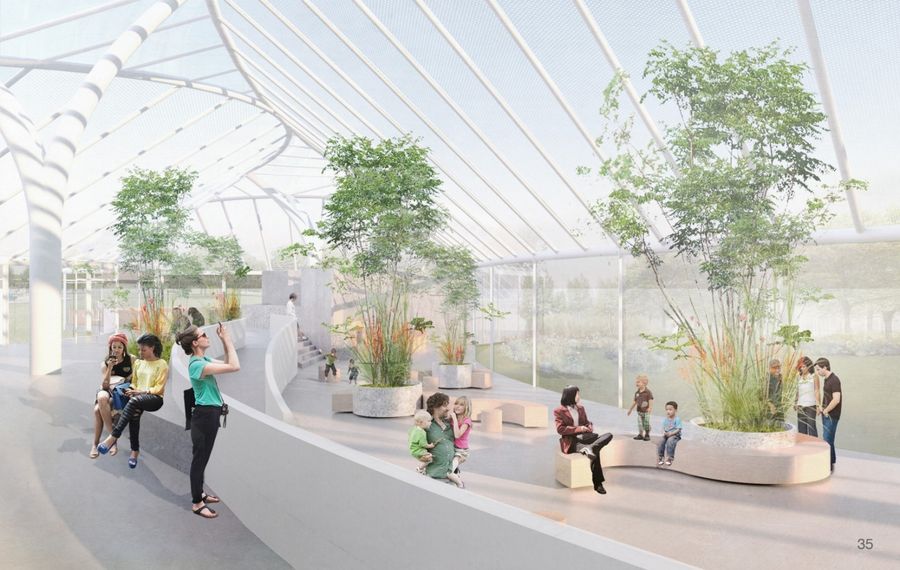 The Albright-Knox Art Gallery is not the only cultural institution holding a fall groundbreaking.

In the case of the Buffalo & Erie County Botanical Gardens, though, it's coming a year later.

The first large-scale expansion of the Botanical Gardens in more than a century is proceeding – following numerous meetings over the past several months, including with the McKinley Parkway Homeowners Association, Buffalo Olmsted Parks Conservancy, the Niagara Frontier Orchid Society and at Buffalo and Lackawanna community forums.

Officials have met with local, state and federal lawmakers who can help deliver funds needed to turn the planned 40,000-square-foot, $18 million project into reality.

Architect Toshiko Mori – who designed the Greatbatch Pavilion at Frank Lloyd Wright's Martin House Complex – is working on the design-planning phase for the Botanical Gardens' expansion that will feature a large glass building on the southwestern side of the conservatory.

"Where we are right now shows we are continuing to move toward our goal of having a shovel in the ground in the fall of 2020," said David Swarts, Botanical Gardens' president and chief executive officer.

"The community involvement and the discussions with stakeholders and government leaders is part of the progression, along with the various studies, to get us to that point," he said.

The expansion is expected to be completed in fall 2022.

With attendance on the rise, the nonprofit cultural attraction has outgrown its space.

It's unable to take advantage of revenue-building opportunities in the summer, when there's a big demand to stage weddings, showers and cocktail parties – due to the heat inside the building. The new facility is expected to rectify that. 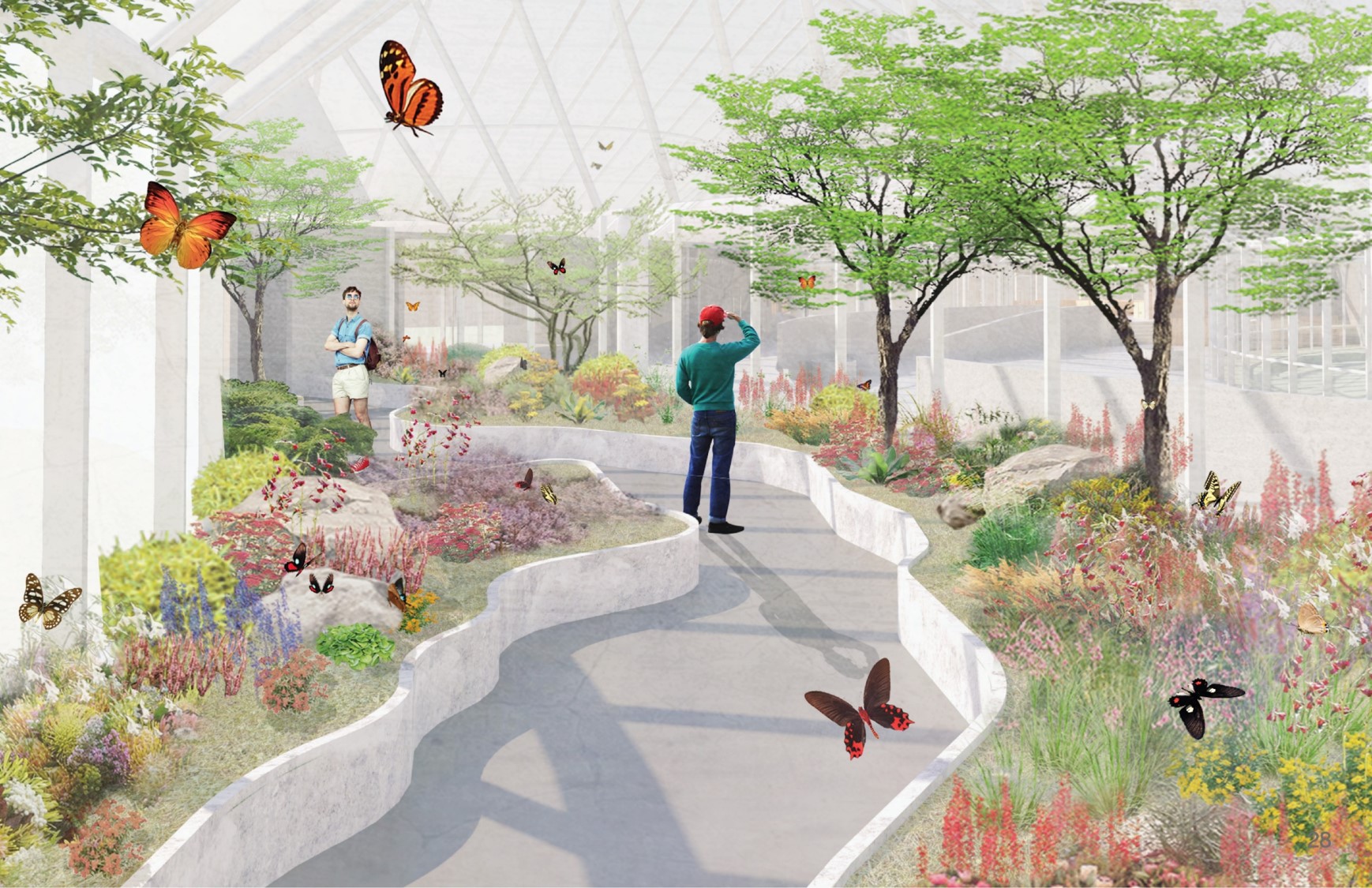 A new butterfly conservatory is planned as part of the expansion. (Rendering courtesy of the Buffalo & Erie County Botanical Gardens)

The project is expected to better accommodate members and visitors while improving horticultural operations through the addition of new growhouses, expanded exhibit and event spaces, state-of-the-art educational classrooms and adding a butterfly conservatory and pollinator garden.

The new building will house a new entrance, cafe and expanded gift shop. Visitors will be able to look down on the growhouses and watch horticulturists working on flower and plant exhibits.

Eight deteriorating greenhouses and growhouses and a garage – some of which were added in 1959 – will be demolished to make way for the expansion.

The 1900 tri-domed glass and steel structure designed by Lord & Burnham, a conservatory designer, will be untouched by the expansion.

The facility is owned by Erie County, which has invested millions to maintain the conservatory.

That includes $2.5 million for the expansion committed by County Executive Mark Poloncarz and the Legislature earlier this year, and $3.5 million spent in 2016 to rebuild the north greenhouse.

The project enjoys the support of a number of other elected officials, including State Sen. Tim Kennedy and Assemblyman Pat Burke.

"Given the success of the Buffalo Botanical Gardens over the past 10 years and how audiences have soared, I am pleased to support the efforts to expand the current facility," Burke said in a statement.

"The plans reveal a well-thought-out expansion to address current issues and ensure a visitor experience that is the desire of modern audiences," he said.