It's the early 1920s. Come with me to Buffalo's Saybrook Place, a one-block street off Delaware across from Forest Lawn.

D.H. Lawrence has traveled there to spend four days visiting the mother of arts patron Mabel Dodge Luhan. After behaving himself for the allotted stay and keeping a stiff spine for the sake of upper-crust Buffalo, he travels and partakes of the joys of the American West on the left side of the Mississippi.

Now let's find out what Lawrence was writing in that period in the wonderful, newly published "The Bad Side of Books: Selected Essays of D. H. Lawrence" (New York Review Books, 481 pages, $19.95 paper).

Lawrence writes that for him, discovering the American West "is all rather like comic opera played with solemn intensity. All the wildness and wooliness and westernity [cq] and motor cars and art and sage and savage are so mixed up, so incongruous that it is a farce. The wild and woolly section insists on being heavily dramatic, bold and bad on purpose; this art insists on being ecstatic."

Lawrence remains one of the primal Europeans observing America. His "Studies in Classic American Literature" is one of the great books on the subject and most would say, as great if not greater than his novels and poetry.

Characterizations by nationality are abundant and witty all through "The Bad Side of Books" (the English do this, the Italians do that, etc.), but are so generally under suspicion in our century that they require a bit of coping. No matter.

In his introduction, the engaging and formidable editor of the book, Geoff Dyer, does a splendid job of explaining the joys of anyone encountering Lawrence outside the world of Academe's version of swells swanning around. The author of "Lady Chatterly's Lover" cheerfully writes in an essay called "Pornography and Obscenity," "What is pornography to one man is the laughter of genius to another." You don't have to guess which side the inventor of Lady Chatterly and her randy gamekeeper was so eloquently on.

Lawrence, like Updike and Mailer after him, seems even more interesting in his essays than his fiction.

A bang-up 500-page collection of Lawrence's essays is just one terrific book in the marvelous, steady little stream of books and music that are offered for sale next to the mighty river of cultural commerce in late capitalism's outlay during the holiday season. Let that stuff festoon bestseller lists. Here's a list of some smaller stuff that is awfully good:

"Essays: One," by Lydia Davis (Farrar, Straus and Giroux, 508 pages, $30.) Her "Collected Stories" were published 10 years ago. Here is Vol. 1 of the essays of a writer who is one of the post-modern prodigies in intermixing fiction and nonfiction and poetry, too. Reading Davis in the late 20th and early 21st centuries is, no doubt, exciting and challenging the way it might have been to read Lawrence a century earlier. She's wonderful writing about writing and translating and, no doubt, confounding hidebound readers. She describes her story collection "Samuel Johnson is Indignant" thusly: It contains "56 pieces including what might roughly be described as meditations, parables or fables; an oral history with hiccups; a diary about thyroid disease; excerpts from a poorly written biography of Marie Curie; a fairly traditional narrative about my father and his furnace, then ending in an accidental poem; and scattered throughout the book brief prose pieces of just over one or two lines as well as one or two pieces with broken lines."

She stretches the elasticity of our ideas of literary form. It all seems both brilliant and eminently sensible at the same time. It's a book of joy for readers.

"Usable Truths," by Irving Feldman (Waywiser Press, 140 pages, $20). What a rare figure Macarthur prize-winning poet Irving Feldman was in all the years he taught at the Univeristy at Buffalo. He came here in 1964, the same year as Leslie Fiedler. He retired in 2004 and continued writing brilliant awarded poetry. This collection of "Aphorisms and Observations" is Feldman both unexpected and terrific. Anyone who ever talked with Feldman at any length at all knew there was a natural aphorist lurking slyly within. Even so, I'm not sure anyone would have predicted what he'd write here.

He likes communication with aphorists of yore and contradicting them smartly. He revises Karl Marx this way: "Tragedy repeated becomes farce. Farce repeated turns to disgust." How's this line, reproduced in passing: "Al is so tough, he's rotten with tough." (You've got to love "rotten with tough" as a personal description.)

It ought to go without saying that 140 pages of such things contains its share of misfires here and more than a little monotony and a few obscurities. But Feldman can't help being both a gifted observer and gifted pedagogue. 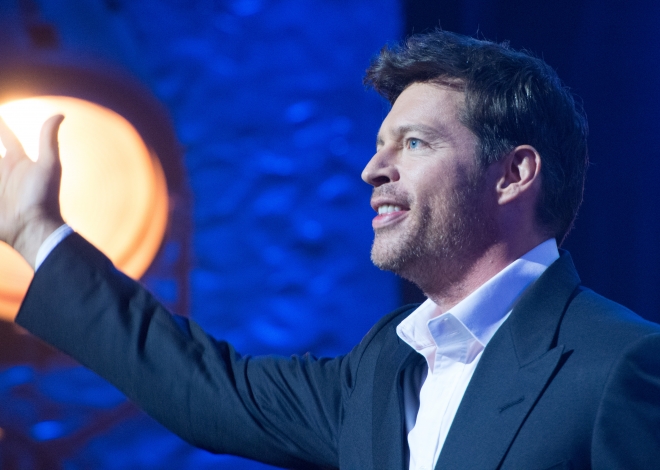 "True Love: A Celebration of Cole Porter," from Harry Connick Jr. (Verve). Did we need a medium tempo big band jump swinger made out of Porter's "True Love?" Did anyone tell Bing Crosby and Porter that? I hate to impart any discouraging words, after all. Connick is probably the best we currently have in the Frank Sinatra simulation business (if you insist on not counting Michael Buble). His vocal range, he brags, is nearly identical to Frank's. His musicianship as a pianist is greater. I don't want to exaggerate this, but there are a few moments here where his version of Porter classics is "pitchy," as they used to say authoritatively on "American Idol." At the least, he's not hitting the notes with dead center clarity the way, for instance, Ella Fitzgerald and Sinatra did in their prime. When you think about this record – as well as late period Ella and Frank – you fully realize how difficult the great American songbook repertoire is, as easy as it so often sounds when sung by the very best singers in their prime.

A good record, but lacking in the luxuriance of Porter's wit that the greatest singers always made manifest. (Three stars out of four)

"Taller," from Jamie Cullum (Blue Note). He'd love to be taller, sings the singer/composer/pianist in his eighth studio record. He'd like to be more like Marlon Brando, too, he sings in another. All the wit in Porter that Connick prefers to avoid or underplay is relished by Cullum in his own songs, even though they're far from Porter. It makes his record more interesting than Connick's no matter how much greater Connick's repertoire. They couldn't be more divergent on these discs but, much as I hate to say it, I think Porter himself would prefer Jamie. (Three and a half stars out of four)

"Blue World" by John Coltrane (Impulse). Probably the most important jazz disc of 2019. So what if it was recorded in 1964 and never released as a record until now? 1964 was a majestic year for Coltrane – a glorious plateau of lyrical playing, notable for his records "Crescent" and his great record and popular masterpiece "A Love Supreme." Coltrane was asked by a Montreal filmmaker to record his music for a French Canadian film. In the realm of jazz royalty recording soundtracks, this isn't quite up there with Miles Davis' sublimities for Louis Malles' "Elevator to the Scaffold" and Duke Ellington's music for Otto Preminger's "Anatomy of a Murder," but it's still marvelous music by a jazz giant in one of his most sanguine and appealing periods. Nothing new happens on "Blue World," but when Coltrane was recorded in 1964 just exploring state-of-the-art Coltrane, he was virtually a magnificent jazz genre all to himself. (Four stars out of four)