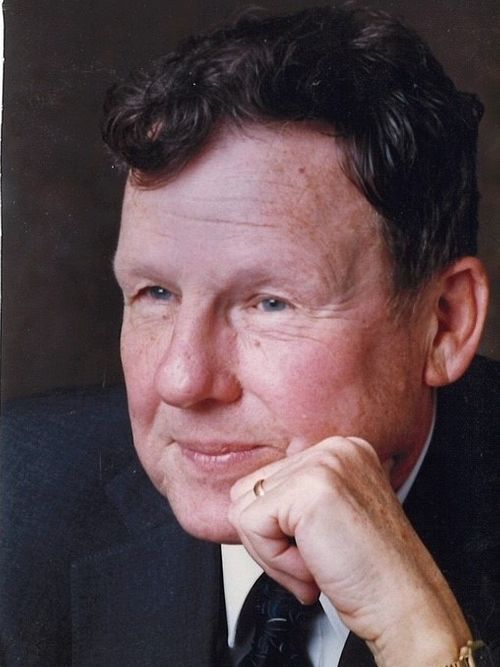 Dr. Edward A. Carr Jr., retired chairman of the Department of Pharmacology and Therapeutics at the University at Buffalo Medical School, died Nov. 8 in Germantown, Tenn., nearly three months after undergoing hip surgery following a fall. He was 97.

After a year as an intern at Rhode Island Hospital in Providence, he served two years of active duty as a captain in the Army Medical Corps, then was a junior resident in internal medicine at Cushing Veterans Administration Hospital in Framingham, Mass.

Dr. Carr completed a residency in internal medicine at Pennsylvania Hospital in Philadelphia in 1952, then became one of the hospital’s Thomas McCrae Exchange Fellows, studying for a year at St. Bartholomew’s Hospital in London.

He joined the faculty of the University of Michigan Medical School in 1953 as an assistant professor of internal medicine and pharmacology, then left to serve in the Navy from 1954 to 1956. Holding the rank of lieutenant commander, he took part in early research on anthrax as a biological warfare weapon at Fort Detrick, Md.

In Michigan, he served on a committee that monitored the testing of new drugs on prison inmates.

He was a professor and chairman of the Department of Pharmacology at the University of Louisville School of Medicine for two years before coming to UB in 1976.

Dr. Carr served 12 years as department chairman and became an emeritus professor of medicine and professor of pharmacology and therapeutics in 1992.

His university research focused on thyroid disease and the use of radioisotopes for diagnosis. He authored more than 200 scientific articles.

He was a member of scientific advisory committees for the Walter Reed Army Institute of Research, the National Institutes of Health, the U.S. Veterans Administration and the Pharmaceutical Manufacturers Association Foundation.

Also a consultant to the Bureau of Drugs in the U.S. Food and Drug Administration, he was a member of the National Joint Commission on Prescription Drug Use from 1976 to 1980.

He was a semiannual lecturer at the National Naval Medical Center for many years and a consultant for the Journal of the American Medical Association.

He served as president of the American Society for Clinical Pharmacology and Therapeutics, which honored him with its Henry W. Elliott Distinguished Service Medal in 1981. He received a Commendation for Teaching Excellence in 1989.

In 1973, he was an honorary visiting professor in Sydney, Australia, at the University of New South Wales’ Prince Henry and Prince of Wales hospitals.

He was an emeritus member of the American College of Physicians, the American Thyroid Association, the Association for Medical School Pharmacology, the Central Society for Clinical Research, the Endocrine Society and the Society of Nuclear Medicine.

UB presents an award in his name to outstanding pharmacology students.

A former Lockport resident, he was a Eucharistic minister at St. Patrick’s Catholic Church in Lockport and a member of the board of directors of Niagara Hospice.

His wife of 58 years, the former Anna C. “Nancy” Albosta, a nurse anesthetist he met at Pennsylvania Hospital, died in 2011.

He moved to Tennessee about five years ago to be close to his daughter, Cynthia Doggrell, and three grandchildren, who survive.