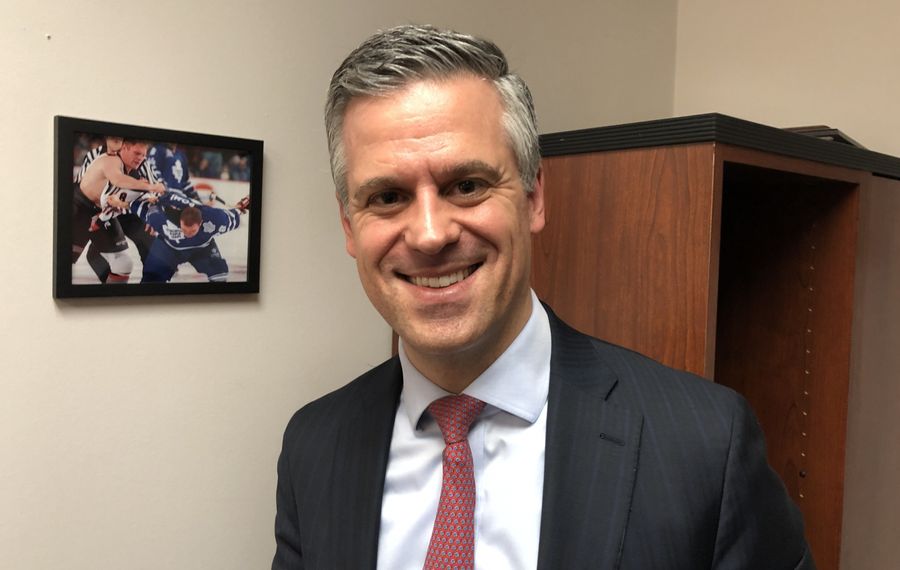 For more than a week in court, Roger Stone's lawyers spun a "so what?" defense to charges that the longtime Republican trickster had lied to Congress and interfered with its investigation into Russian meddling in the 2016 election. Finally the time came for Marando, a Clarence High School graduate and one of four federal prosecutors aiming to put Stone behind bars, to answer the "so what?" question.

"Well, if that's the state of affairs that we're in, I'm pretty shocked," Marando said, his voice thundering through the federal courtroom in the nation's capital. "Truth matters. Truth still matters, OK? And I know we live in a world nowadays with Twitter, tweets, social media, where you can find any view, any political view you want. You can find your own truth. However, in our institutions of self-governance, courts of law or committee hearings, where people under oath have to testify, truth still matters."

And the truth, Marando told the jurors in the rebuttal that ended the closing arguments, came clear through the documents and testimony they reviewed.

"When Mr. Stone came in, he lied to Congress," he said. "He obstructed their investigation, and he tampered with a witness. And that matters. And you don't look at that and you don't say: 'So what?'."

Marando, in his highest-profile case as a prosecutor, soon found his closing words in the Stone trial crammed into a chyron on CNN and going briefly viral on Twitter. And two days later, on Nov. 15, the jury found Stone guilty on all counts. 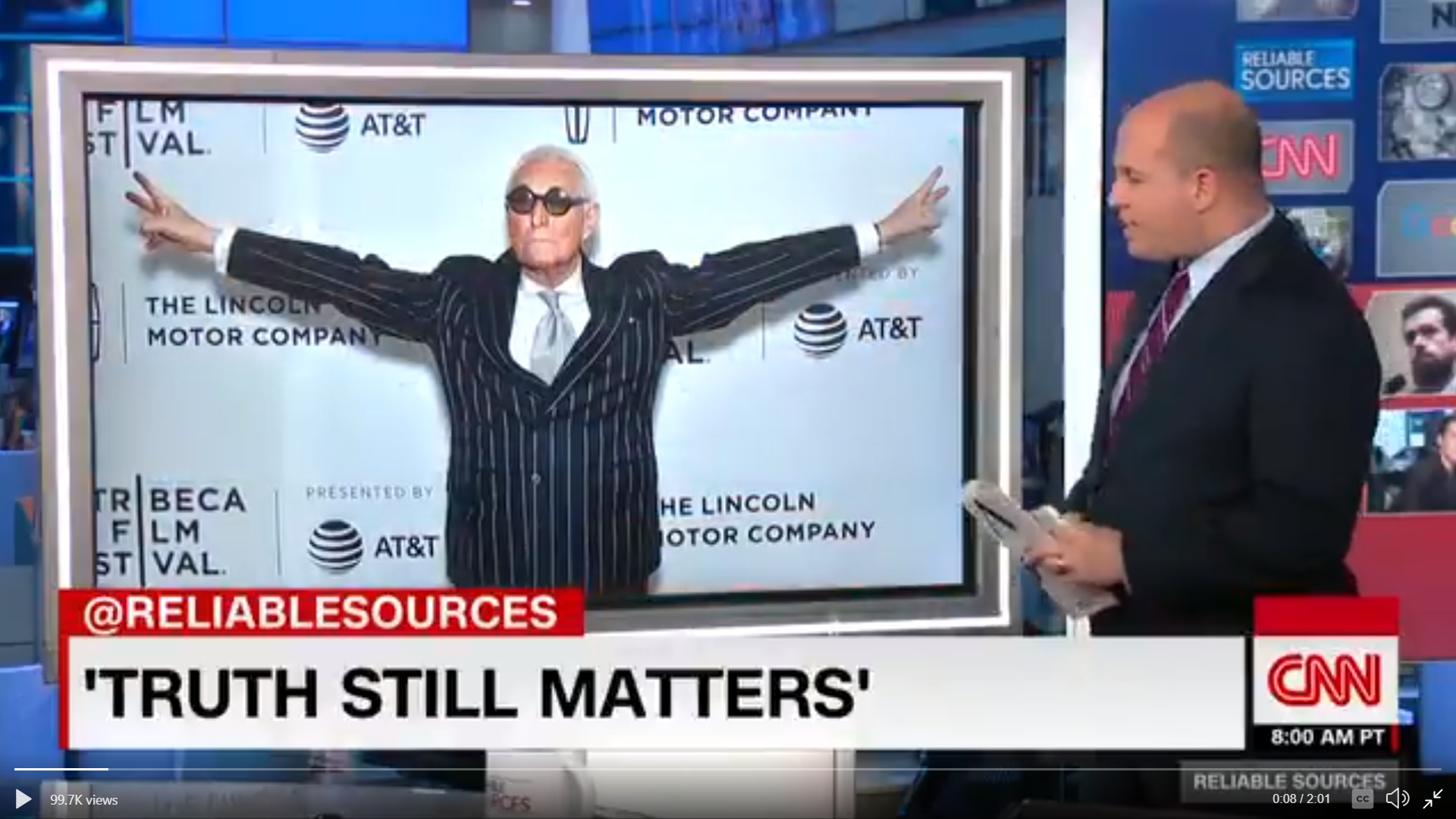 Looking back on it all in an interview five days later, Marando offered a theory for why he got the assignment of closing out the Stone trial.

"With the rebuttal argument, you have to always kind of bring the heat and the passion," Marando said. "Because you have the last word. Whatever you say is going to be the last thing that the jury hears."

That being the case, the last word in the Stone trial didn't go to the prosecutors who clerked for Supreme Court justices or who worked for special prosecutor Robert Mueller.

"They give the rebuttal to the feisty Italian kid from Buffalo," said Marando, who's now 41.

The son of Irene L. Marando and Eugene J. Marando of Clarence, Marando left the area when he left for college. But he still uses a Buffalo Sabres coffee mug, and his office wall features a picture of former Buffalo Sabre Rob Ray punching the poutine out of Tie Domi of the Toronto Maple Leafs.

Marando seemed to almost be channeling Rob Ray's spirit in his closing rebuttal in the Stone trial.

CNN's Shimon Prokupecz tweeted that Marando had shown "lots of passion." Mother Jones magazine tweeted: "The ending of Roger Stone's trial was like something out of a movie."

But for Marando, the ending of the Stone trial merely served as the culmination of a career he dreamed about his whole life.

"I've always wanted to be a prosecutor – the idea of getting into court, arguing cases, doing jury trials," he said. "Also, there's the idea that the prosecutor is supposed to do what is right and just. (The prosecutor) not only tries to put the bad guys away, but also makes sure to be doing everything aboveboard and correctly."

Many young lawyers discover, though, that it's easier to want to be a prosecutor than it is to land a highly coveted job as an assistant U.S. attorney. Marando discovered the same thing. He graduated from Clarence High School in 1996 and went on to Cornell University and Cornell Law School. But after clerking for a federal judge, he ended up beginning his career in corporate law in New York.

So Marando moved to D.C. for a job with the U.S. Department of Homeland Security, and worked there for about a year before landing a post as an assistant U.S. attorney in D.C. in 2013. He quickly became an expert on money-laundering cases, serving on the team that took down an Israel-based money-laundering ring in 2017.

So how did he end up on the team that prosecuted Roger Stone?

Marando got assigned to the Fraud and Public Corruption Section of the U.S. attorney's office in 2017. So when the Stone case – the last to stem from Mueller's investigation into Russian interference in the 2016 presidential election – arrived before the D.C. federal prosecutors earlier this year, Marando was in the right place at the right time.

"They needed another prosecutor on it, and they asked me," he said.

Stone stood accused of lying to the House Intelligence Committee about his contacts with the 2016 Donald Trump presidential campaign regarding hacked Democratic Party emails that were released by WikiLeaks. Stone told the panel that he hadn't been in touch with the Trump campaign about the emails, or about his alleged relationship with WikiLeaks founder Julian Assange.

But upon questioning from Marando, former Trump campaign chief Steve Bannon told jurors that the campaign "generally believed" Stone to be its conduit to Wikileaks.

Marando asked Bannon: "Did he (Stone) ever brag to you about his relationship with Assange?"

Bannon's testimony served as Marando's brightest moment in the trial until his closing rebuttal.

Michael R. Caputo, the East Aurora Republican consultant and close friend of Stone's who sat in on the trial, acknowledged he was impressed by Marando's fiery last words.

"His presentation was the one that worried us the most, not just because we love Roger Stone, but also because Marando is really good," Caputo said.

For his part, Marando said the prosecution team's performance was the product of weeks of 6 a.m.-to-11 p.m. work days – which left his wife with most of the duties of taking care of their young daughter.

His closing rebuttal, meanwhile, was the product of the passion he felt about the case, and his plan to make sure the jury felt that passion.

"If you don't show that you care about your case, you can't expect the jury to care," he said.