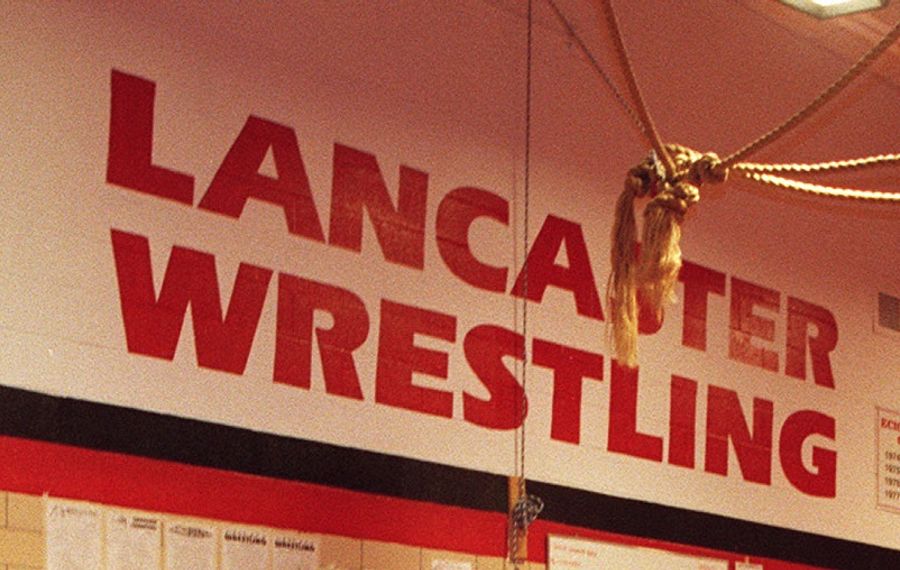 The Lancaster School Board on Saturday voted to fire the district’s chief medical officer after he refused to allow a 12-year-old girl to compete on the junior varsity wrestling team, confirmed Patrick Uhteg, school board president.

Dr. Michael Terranova of Lancaster-Depew Pediatrics was fired during a special session of the school board conducted at 8 a.m. Saturday.

The board’s action came after Terranova rejected a request by Trista Blasz, a seventh-grader at Lancaster Middle School, to participate on the district’s junior varsity wrestling team.

Uhteg explained the board's action in a statement he read at the special session.

“The district’s chief medical officer rejected her request based upon his own inappropriate findings regarding the ability of female athletes to compete on teams with male athletes," Uhteg said in the district statement.

Dr. Terranova was part of a three-person panel established under state guidelines to review Trista’s request to compete on the JV wrestling team. In addition to Terranova, the panel consisted of the child’s physician and a district physical education teacher, said Uhteg.

He declined to identify the other two panel members by name.

Uhteg, who was contacted at his home Saturday afternoon, said the actions of Dr. Terranova “did not represent us as we see fit.”

“We like to ensure that all students in Lancaster have the same opportunities with respect to females and female athletes,” said Uhteg. “We should be encouraging, empowering and really celebrating female athletes. Little girls, young ladies, women can do anything that boys can do, so that’s what we stand for.”

“I’ve asked them for that paper for a month now, and they refused to give it to me,” Blasz said. “All they did was email me the notification. I wanted it after her physical with Dr. Terranova,” Blasz told The Buffalo News. “I’ve been on the phone with (the district) since last month.” said Blasz.

Cristta appealed the district’s medical officer’s decision and after one year she was allowed to compete on the school team.

Trista is an accomplished wrestler, competing more than once at the state tournaments, said Branden Becker, who coached her for two years in a youth wrestling club. 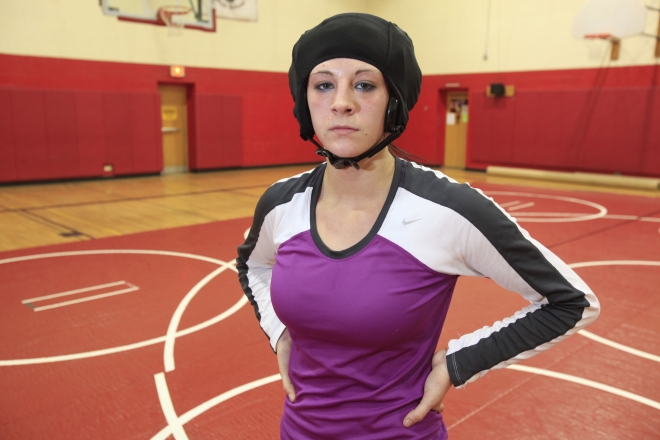 Becker is in his third year as Lancaster junior varsity wrestling coach. Becker declined to comment on the actions of school district.

“She’s following in her aunt’s footsteps,” Becker said. “I remember (Trista) placing in the top three in one of her first state tournaments. I’ve seen her wrestle boys before. She always held her own.”

Trista currently is wrestling for the Bison Wrestling Club in the Lancaster-Depew area, Becker said.

“We took exception to the panel’s ruling. While we are not medical professionals, they are supposed to base the ruling on several factors which fall into their purview,” said Uhteg.

“We’re looking at the next steps of the process, but we will be revisiting this right away following the state guidelines.”

Girl wrestler aims to show she belongs; Gets 2nd chance to take on boys in Lancaster