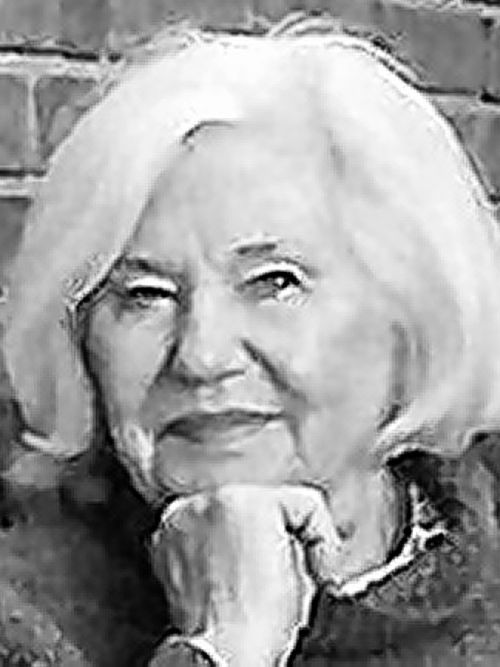 Elizabeth Kraus of Amherst was a mother and a doctor's wife – but she was never deprived of adventure in her life.

She enjoyed travel and nature and she was fortunate to have married a man who shared her passions, according to her daughter, Katherine  Kraus Shea.

"My mom was game for anything. We have pictures of her on elephants in India. They did hot-air ballooning in India. Really, for their time, they were pretty adventurous," Kraus Shea said of her parents.

Mrs. Kraus died Monday at her home, following a long period of physical decline. She was 85.

Born Elizabeth Coleman in Buffalo, she was a 1952 graduate of Holy Angels Academy, and earned a bachelor's degree in nutrition from Mercyhurst College in Erie, Pa., in 1956.

She was married for 58 years to the late Dr. Albert Murty Kraus, a longtime ophthalmologist with Buffalo Medical Group.

While he attended medical school, she supported their family as a full-time hospital nutritionist from 1956 to 1959.

Even while raising a family, Mrs. Kraus found room for adventurous travels that included trips to Africa, Australia, China, India, Russia and the Galapagos Islands. She and her husband even traveled to Alaska to track polar bears. It was a passion they passed on to their children and grandchildren, who also developed a fondness for travel.

"Maybe it's because, if your grandparents or parents share their passion, and they come back with stories, it makes you want to experience that, too," Kraus Shea said.

Mrs. Kraus spent many summers on the Canadian lakeshore in Ridgeway and Point Abino in Ontario, where her family owned a home for more than 30 years.

Her winter months were spent at the Buffalo Ski Club in Colden, as well as attending Buffalo Sabres games, and volunteering at the Fulton Street Food Pantry run by Catholic Charities of Buffalo.

Mrs. Kraus enjoyed attending events at the Twentieth Century Club, where she was a longtime member.

"She loved the outdoors a lot, and she loved wildlife," Kraus Shea recalled of her mother. "Growing up, she loved being at the beach. She loved swimming and jumping off of rocks. She was just a free spirit."

That sense of joie de vivre dovetailed nicely with her love of animals. Kraus Shea said that her mother was never without a cat or dog as a pet – often both.

"Sometimes we had multiples, but usually we had one cat and one dog," Kraus Shea said.

"When we used to go to the Erie County Fair, her favorite part was the livestock section," Kraus Shea added.

Mrs. Kraus was an avid reader and belonged to various book clubs.

She was a longtime parishioner of St. Benedict Catholic Church in Eggertsville.

In addition to her daughter Katherine, Mrs. Kraus is survived by another daughter, Suzanne; a son, Albert L.; a brother, Leo Coleman; and six grandchildren.

A Mass of Christian Burial will be offered at 9:15 a.m. Monday in St. Benedict Church, 1317 Eggert Road, Eggertsville.