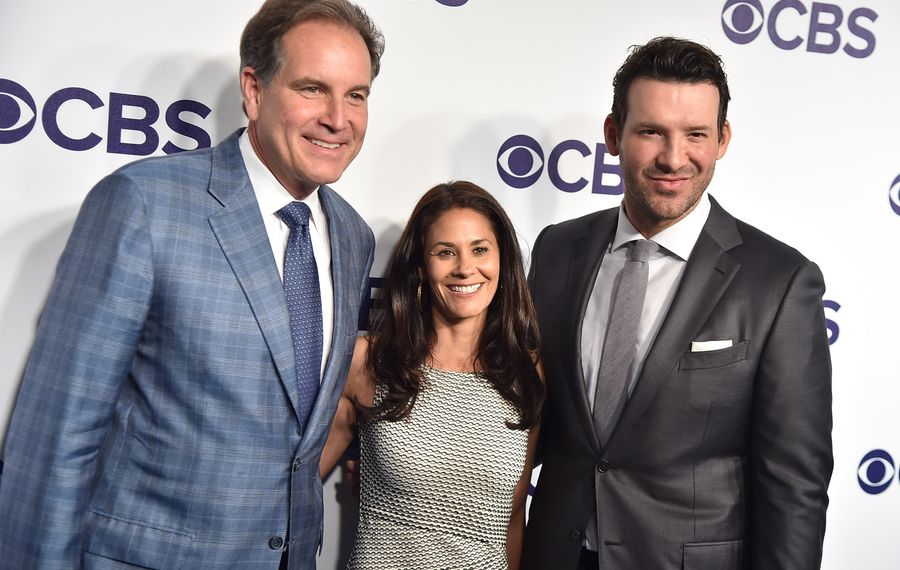 The surprising 7-3 Bills don’t have a scheduled prime-time game this season, but they will get their top visibility of the season on Thanksgiving Day when CBS’ No. 1 announcing team of play-by-play man Jim Nantz, analyst Tony Romo and sideline reporter Tracy Wolfson are on the game against the Dallas Cowboys.

It is no surprise that Nantz and Romo are working the traditional game in Dallas as usual and it is more likely because of the draw of the 6-4 Cowboys than of the Bills.

Bills fans undoubtedly will be looking to see if Romo illustrates any bias toward his old team and the Cowboy quarterback, Dak Prescott, who took over his job and helped send him into the booth in 2017 to become a bigger star in broadcasting than he was playing.

Of course, the Bills can’t look ahead because they play the 3-7 Denver Broncos in New Era Field Sunday, four days before Thanksgiving.

In a CBS release, Rich Gannon, who will be the analyst on Sunday’s game alongside play-by-play man Kevin Harlan, wrote “I caution Bills fans don’t overlook the 3-7 Broncos.”

Actually, Gannon should have cautioned the Bills players rather than the fans.

Gannon added the Broncos are really good despite their record and noted they have lost four games in the final 30 seconds. He did say Broncos defensive star Von Miller isn't having a great season.

In a preview of what he might say about Bills quarterback Josh Allen, Gannon said he likes him and sees progress in multiple areas while adding he is a work in progress.

London Fletcher, the former Bills linebacker who is part of The Other Pregame Show (TOPS) on cable’s CBS Sports Network, had a prediction that could upset some Bills fans and possibly make others happy.

The 7-3 Bills are two games ahead of the 5-5 Steelers. The teams play each other in Pittsburgh on Dec. 15 in what could be a pivotal game.