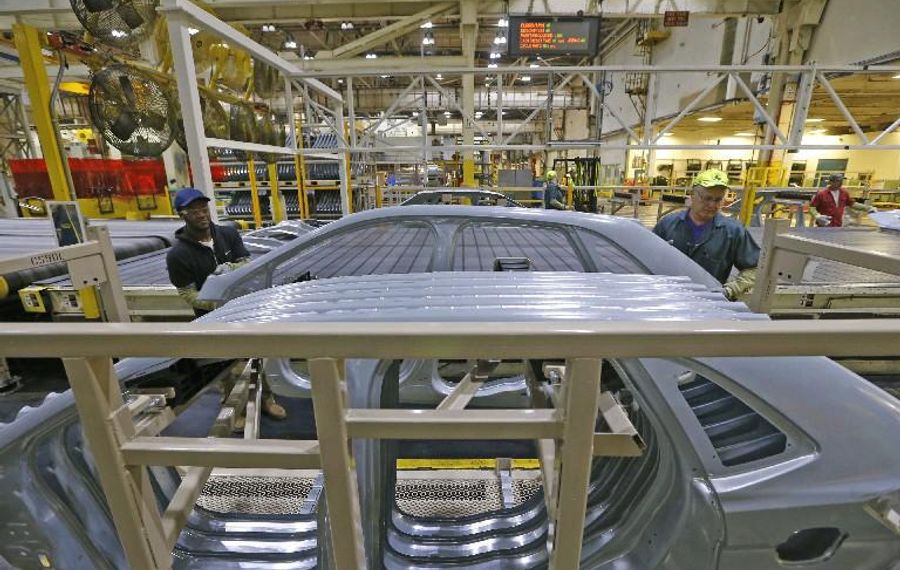 The new contract between the United Auto Workers and Ford Motor Co. provides Ford workers with sizable signing bonuses, just in time for the holidays.

For the employees at Ford’s Buffalo Stamping Plant in Woodlawn, there is a more significant aspect to the agreement that will ultimately mean more to their economic well-being: the company’s pledge to invest $60 million in the plant. That means job security and displays the company’s faith in the plant, which has about 1,000 hourly and salaried workers.

A contract summary released by the UAW announced the commitment to Woodlawn, without specifying how the $60 million will be spent. It is part of the company’s $6 billion investment across 19 facilities, which the company says will produce at least 8,500 new or secured jobs.

There are no long-term guarantees of job security in Woodlawn, of course. But the new four-year contract – negotiated without a worker strike – means labor peace for now.

These are challenging times for Ford and other U.S. automakers. Ford’s stock price has declined about 20% since Jim Hackett came aboard as CEO in May 2017. Hackett is attempting to scale back the overall workforce, and will close plants in Europe and Russia. The company is also offering a $60,000 retirement incentive for production workers and skilled trades.

Ford is placing a big bet on a new electric model of its legendary Mustang brand, and Hackett has taken a personal role in overseeing its development. The Mustang Mach-E, unveiled last weekend at the Los Angeles Auto Show, is an all-electric SUV designed to compete with Tesla in the electric car market.

The automaker is phasing out nearly all passenger cars. The best-selling F-150 truck, meanwhile, has been one of Ford’s success stories in recent years, accounting for a robust share of the automaker’s profits. The UAW contract summary said parts for the F-150, as well as the Super Duty truck, will no longer be made at Woodlawn. The Route 5 plant will stamp parts for current Ford Edge and Lincoln MKX models, as well as a new Edge.

Employees at Woodlawn also benefit from profit-sharing. Last January, Ford announced that production workers would get checks of $7,600 in March, based on the company’s 2018 financial results. The profit-sharing formula remains unchanged in the new contract.

A story in The News this week pointed out the unique challenges facing the Woodlawn facility, which is a standalone operation rather than one that’s adjacent to a Ford assembly site. The plant sends stamped parts to an assembly plant in Oakville, Ont., 85 miles from Buffalo, and to a variety of other Ford facilities.

Logistics put the Woodlawn plant at a disadvantage to sister plants that are closer to the assembly plants they ship to. It was encouraging to learn from the UAW summary that the union and Ford agreed on a commitment to “securing future opportunities to the plant.” That’s hopeful.

The automotive industry makes substantial contributions to the Western New York economy, primarily through General Motors and Ford. Some 3,000 workers from the GM Tonawanda plant and a GM components plant in Lockport returned to work in October after a one-month strike was settled.

Autonomous vehicles and the increased use of automation in manufacturing may make the auto industry nearly unrecognizable 10 years from now. In the meantime, we can be grateful that the Buffalo plant is tied to Ford’s future.