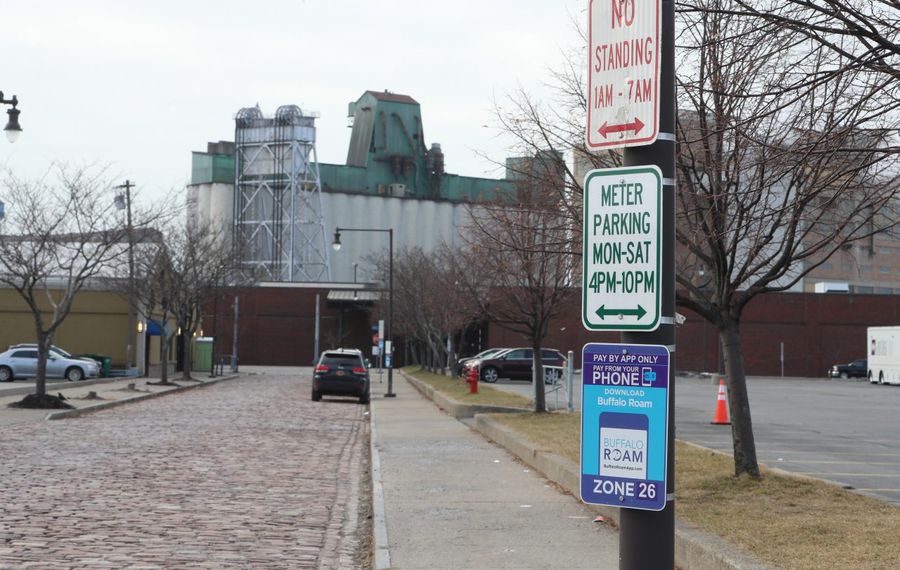 As easy as the city is trying to make it to pay for parking, it's apparently just as easy to forget.

Buffalo Place, the nonprofit organization that runs the downtown business improvement district, has been updating its report on the availability of parking downtown, producing a map that shows where there are spaces and how much they cost. Officials distributed the latest version to board members at their meeting Wednesday.

The group also has worked with the city to identify opportunities to create more on-street parking spaces and encourage their use, just by changing signs and pricing. Officials have noted a shortage of 1,500 spaces in the business core from Lafayette Square to Chippewa Street, while there's an abundance of extra spaces near Canalside and Lower Main Street.

And along with the new digital meters that the city introduced, it also created a new app, called Buffalo Roam, to allow patrons to pay for parking through their smartphones.

The efforts apparently are working, because not only are there more spaces in some areas, but there are more openings, Buffalo Place officials told the rest of the board. "I now see vacant spaces on Main Street. People are rotating out of them, coming for short stays," Steven J. Carmina, a Buffalo Place board member and architect, who lives and works downtown, said during the meeting.

Suddenly, next to him, Board Chairman Keith Belanger grabbed his cellphone to pull up the Buffalo Roam app.

"I forgot to pay for my parking!" he exclaimed, hurriedly pressing the keys.