Honestly, it came a little out of the blue. The Daemen women's soccer team had narrowly failed to qualify for its own conference tournament, which almost always spells doom for a program's postseason dreams.

But when Dan Dolan's Wildcats heard their name called during Monday's NCAA Division II Tournament selection show, joy broke loose from a group that bought into a new culture over the last three years. Daemen, whose body of work was deemed strong enough in the powerful East Region, has traveled to Albany and will play top-seed St. Rose at 6 p.m. Friday, Nov. 22. Watch it here.

Here's what you should know heading into the clash, which marks Daemen's first NCAA Tournament appearance after joining from NAIA in 2012.

ONE MORE GAME FOR BOYAR: After setting the program record for career goals with her 55th tally in the regular-season finale, Williamsville South alum Jamie Boyar appeared to end her career on a personal high note. But Dolan's quote in our feature suggested the note wasn't as high as you might think.

"She's put in incredible work the past four years and deserves everything she receives," Dolan said. "But to be honest, I don't think the record really means much to her. She cares more about the team and the team succeeding. I think she would trade the record if it meant we had another game to play."

Boyar, who scored in the meeting earlier this season against St. Rose, will get at least one more game. 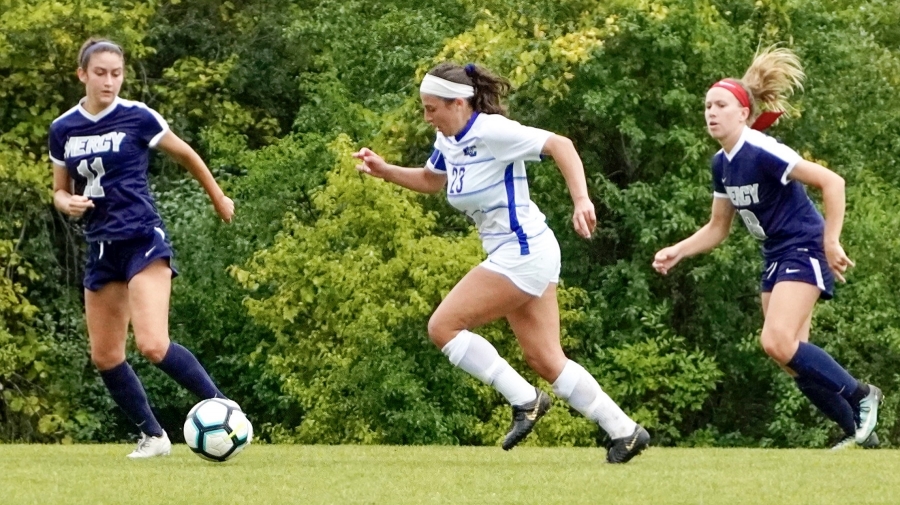 SENIOR LEADERS: Boyar isn't the lone Wildcat who should feel especially rewarded for the bonus game, as fellow senior starters Lindsay Ciaramella, Sarah Kenny and Erin Egan have all brought valuable qualities – on the field and off – to change the attitude to reflect S.U.R.G.E., the team mantra. 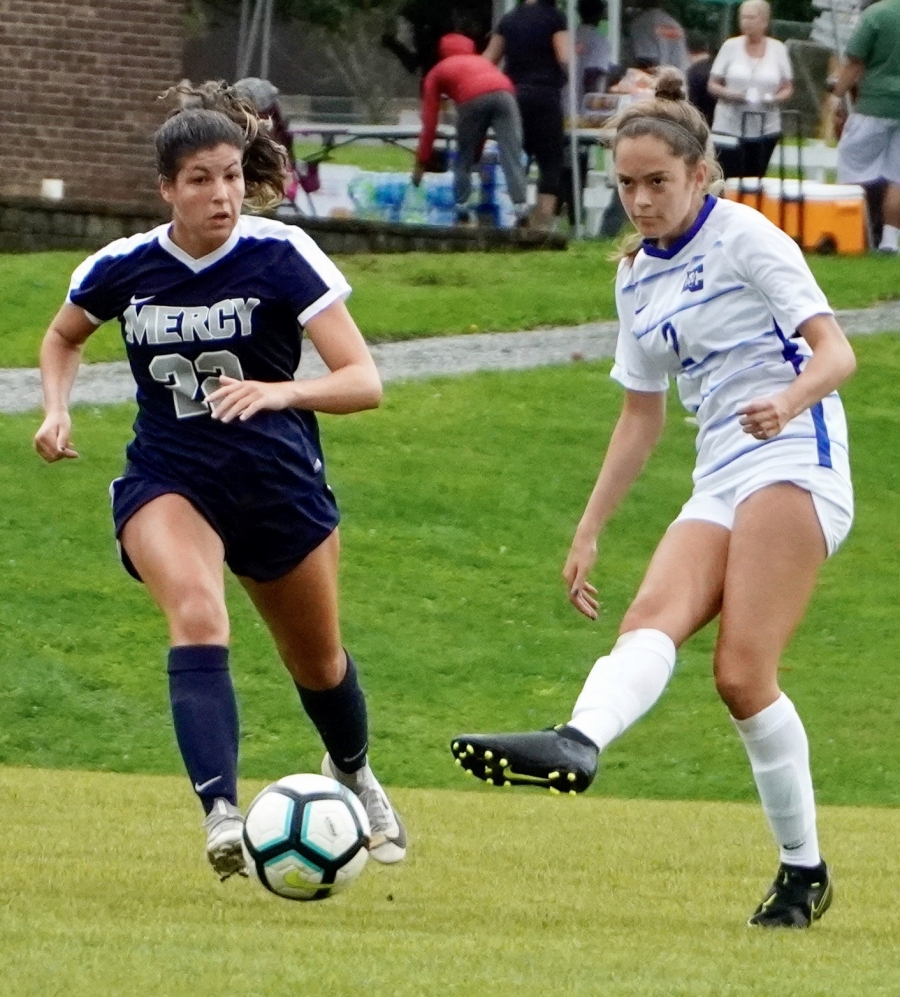 Julia Eichel, in white, with her game face against Mercy earlier this year. (Ben Tsujimoto/Buffalo News)

CUPBOARD IS NOT BARE: The center back pairing of junior stalwart Sam D'Agostino, a third-team All-ECC pick, and freshman Julia Eichel has been steady this year and will be tested again Friday. Sophomore Grace Stranahan, a crucial pivot in the heart of Daemen's midfield, has serious potential to garner first team honors before her career comes to a close.

If Daemen can keep the ball a little to give its back line a breather, it will be Stranahan who pulls those strings.

BUILDING DEPTH: As Daemen attracts more top-end talent through its success, the challenge has been complementing those players with a stronger supporting cast. Katja Meyer, Maddie Emmi, Sam Hanes, Alyssa Mercado, Elise Williams, Serena Uhl and Nicole Grichen have all raised the standard, even if they go about their business more quietly.

PREVIOUS MEETING: Even though they're not foes in the East Coast Conference, Daemen and St. Rose met earlier this year, with the Golden Knights triumphing, 3-1, in Albany.

GOLDEN KNIGHTS AT A GLANCE: This is the third time in five years that St. Rose has advanced to the NCAA Tournament, but the Golden Knights have reached six NCAA Tournament semifinals in the past 11 seasons (including five in a row, with one NCAA title).

Head coach Laurie Darling Guthiel has coached the college for 24 years and deserves huge credit for building a powerhouse. Needless to say, Daemen is the underdog on Friday. 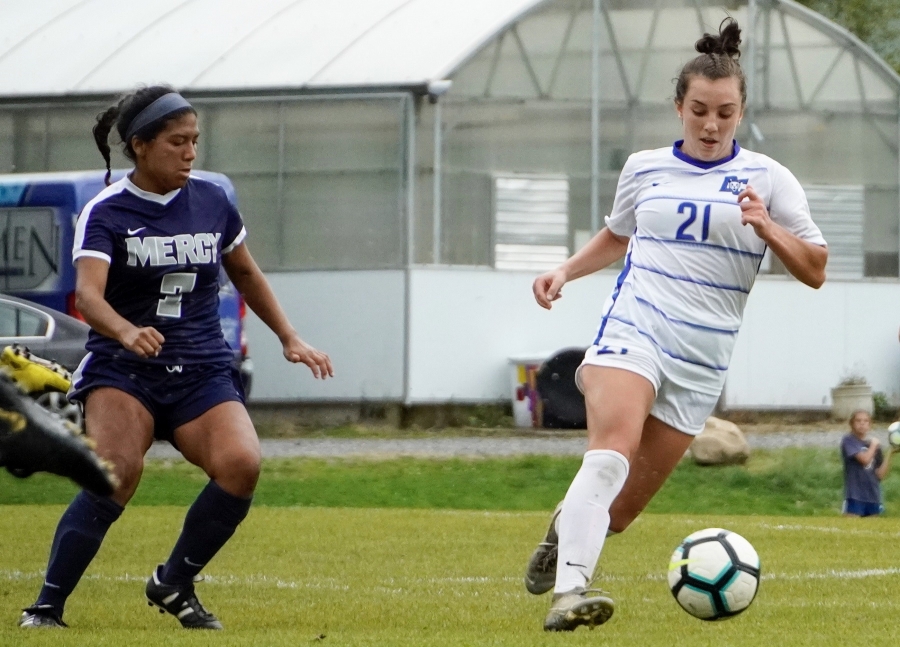 In NCAA Division I, the last women's team to make the NCAAs was the University at Buffalo, which lost to Penn State in the first round in 2014. Niagara was the most-recent men's Division I program to go dancing, when Chase Brooks' team fell to Michigan in 2012.