Part of the joy in Buffalo-area holiday markets is the supreme settings chosen for the events. The grandeur of Shea's? The underrated class of the Karpeles Manuscript Museum? The spooky-meets-elegant combo at Hotel Henry?

All of these venues have an inherent appeal, regardless of who sewed the scarf.

This weekend, though, North Tonawanda's Wurlitzer Building – the repurposing of the original industrial organ factory that's a beacon of NT's history – shines.

Park near Platter's Chocolates to start with a sugar rush, get energized by walking to the main Wurlitzer building to scour for Christmas gifts, then stop by the Woodcock Brothers Brewery to unwind after the whirlwind of shopping.

While the Wurlitzer Events crew isn't part of this Teddy C. Hanes/Stellar Events holiday production, the site is a major allure of the event. The holiday market – one of a beefy slate for this season – will vend primarily handmade goods during the weekendlong festival. The stimuli, the infectious buzz of holiday excitement, is never-ending.

Pro-Buffalo apparel, Christmas decorations, mugs on top of mugs, pillows and a smorgasbord of crafts were featured last year; check out the Smiles gallery for a sense of the scene.

[More photos: Smiles at Oktoberfest at the Wurlitzer]

Here's what else is on tap for this weekend:

The Kenan Arts Council's 39th annual holiday event, formally a "juried artisan showcase," is grassroots, centering on more than 25 artisans – listed by name on the Facebook event page – displaying their wares in the Kenan House Mansion and the Taylor Theater, which will double as a food station for the Hilltop Restaurant.

A whole fleet of festive characters, including Santa, his wife and earnest elves, will wander around the Lockport premises.

Don't miss: We featured Dipson Amherst Theatre and North Park Theatre's presentations of "The Irishman," the Martin Scorsese-directed mob film with a star-studded cast, in This Week in Buffalo. Those showings are plentiful and continue through the weekend.

[Review: Is "The Irishman" a masterpiece? Christopher Schobert thinks so.]

A FastCompany article on how Norwegians have altered their mindsets to appreciate winter and diminished sunlight might be thinly veiled tourism, but seasonal sadness resonates with Buffalonians as the dreaded months of January and February approach. (See, I'm guilty).

One way to battle the blues is to do something active, which is where Canalside comes in. The Ice at Canalside has its annual opening party Friday, with skate rentals, a DJ, fireworks at 7:15, hot dog and hot chocolate vouchers for early arrivals and a four-hour visit by Santa Claus (or the grammatical gift-giver "Santa Clause," according to the event page).

Adjacent Explore & More will have a free open house from 5 to 6:30 p.m., and downstairs Low Bridge Cafe – which sells beer – holds a happy hour from 5-7.

The Changemakers organization rolls out three days of festivities – beginning with a comedy show Thursday, spotlighting award winners Friday and wrapping up with a party brunch Saturday – in order to draw attention to young achievers in the area.

Griselda Records hip-hop breakout star Westside Gunn; Shatorah Donovan, chief diversity officer for the City of Buffalo; and Jami Reese, a courageous cancer survivor, are among the 30 to receive recognition at the "largest Millennial-focused award show in Western New York." 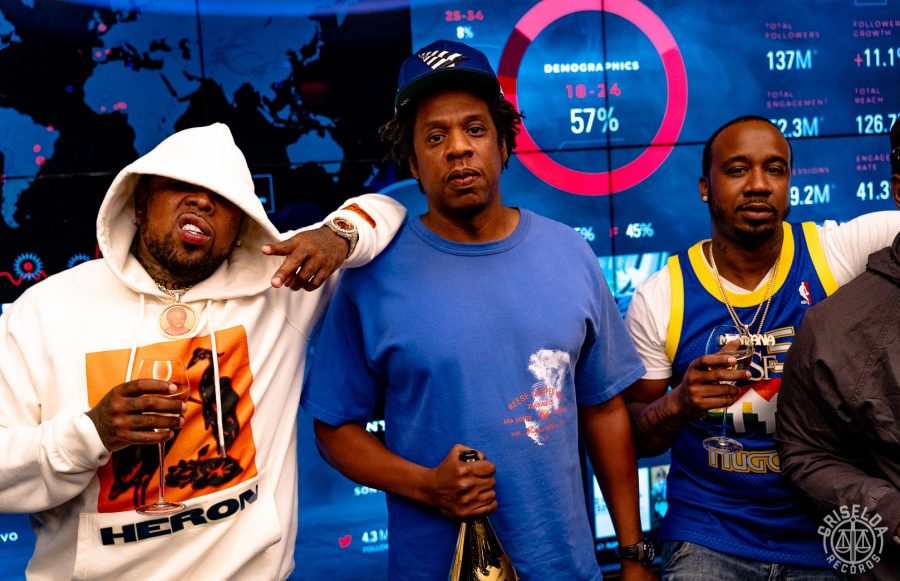 News contributor Melinda Miller puts it perfectly: "Trying to describe the collaborative performance piece 'Manmade Earth' is a little bit like nailing down sand." This run actually marks the visiting production's return – the avant-garde display was the focal point of the 2018 Response Festival.

A local bonus is the prominent roles of Lafayette High School students, who've traveled with the production in the past, and the larger message of the importance of community among a diverse population.

When Lockhouse first opened as a distillery, the founders started from scratch in a hard-to-find spot of the Pierce Arrow Building in an industrial section of Elmwood Avenue; it was very primitive, a nondescript room in a nondescript area.

Six years later, the growth is impressive: Lockhouse has produced a bundle of spirits – including its flagship vodka – its own set of bitters, a popular coffee liqueur and special twists such as Ginnamon and Sakura. Its Cobblestone District taproom may not be especially spacious, but there's personality and fun-loving charm – exemplified by their booking of the Rick & Morty bus last year, as well as several after-parties for major downtown concerts.

Free tacos from Breezy Burrito Bar, which just celebrated its grand opening, will be available from 6 to 9 p.m., with $7 house cocktails all night. DJ Seabass – Sean Heidinger – will spin.

The standard is remarkably high for a nationally touring Beatles tribute band. A devotion to the entirety of the catalog, a deep respect for the individual personalities (Ringo ought to be easily differentiated from George) and commitment to proper hairstyles are just the surface of what's required for concertgoers to take you seriously.

The BPO Pops Series marks the loose 50th anniversary of "Abbey Road" and the "Yellow Submarine" (complicated by the fact they were released a year apart) with a few "Beatlemania" alums reproducing timeless songs.

The Lockport brewery bustles this time of year; there's a major event slated for almost every weekend day (last weekend's four-year anniversary is an example) until Dec. 25. The Christmas tree – just like the taproom – is extravagant, looming 26 feet tall and adorned with 6,500 holiday lights, hung one by one. That last detail might be a fib.

The ceremonial lighting coincides with the rerelease of Hibeernation Winter Warmer, a limited edition brew intended to taste like a liquid gingerbread cookie.

A lineup of regional wineries will converge downtown to offer free samples and sell bottles as Christmas shopping season begins to rev its engine. Vizcarra, Merritt Estate, Niagara Landing, the Winery at Marjim Manor and Victorianbourg will all make the trek, while Niagara Frontier Terminal's Chateau Buffalo could practically walk its product over.

The Carol McLaughlin Quartet will serenade from noon to 3 p.m. Friday, with In Front Jazz handling the duties in the same window Saturday.

5 quick hitters to look forward to this weekend

5 events to look forward to for next week

The Turkey Trot in downtown Buffalo (essentially sold out)
Lowest of the Low in Town Ballroom
Philosofest IV at 12 Gates Brewing
Lazlo Hollyfeld at McGarret's
Beach Slang, Mom Said No. at Mohawk Place