If you’re an expat returning home for the holidays, you’re in for a few surprises. Many new businesses and cultural establishments have opened since you’ve been gone, lending increased variety to the Buffalo-area experience.

News Food Editor Andrew Galarneau and Music Critic Jeff Miers have pulled together a few places that weren’t part of the mix at Thanksgiving 2018 to give you a few new spots to visit while you're home.

Veteran upscale caterer Daniela Antonella Cosmano Kayser opened Daniela, a sun-drenched semi-casual spot for precisely metered pastas, sweets and a style of pizza called pinsa. That’s a Roman-style crust that’s made with soy and rice flours, along with wheat. The resulting lower-gluten crusts come out delicately crispy, and can be enjoyed by gluten avoiders, but not celiac sufferers.

Try it topped with the Calabrian spreadable salami called nduja, and shaved eggplant. Check out my review, and this lovely gallery will give you a look around. 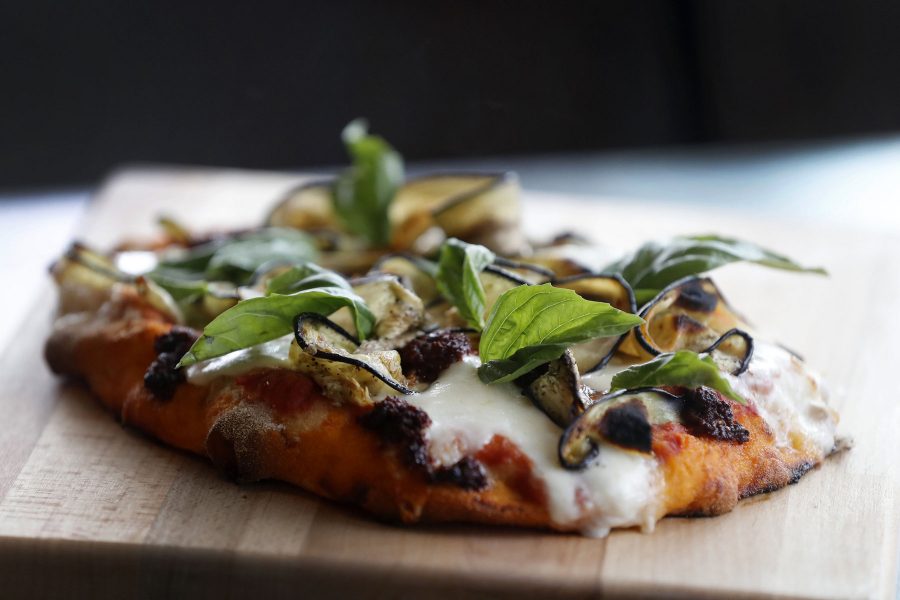 Daniela crafts a style of pizza called the pinsa, such as this Nduja and eggplant pinsa. (Mark Mulville/Buffalo News)

Expat chef-owner Michael Gibney's fresh pasta place has a tiny 48-seat room that has sometimes made it one of the tougher tables in town. Subtly sweet carrot fettuccine is dressed with earthy braised lamb, sweet peas, mint and amaranth.

Casarecce – a short, twisted noodle – is tossed with eggplant ragu, smoked mozzarella and hazelnuts. Mafalde and radiatore also make appearances, along with a classic carbonara – egg yolk, cheese, guanciale, black pepper (but no cream). Ben Tsujimoto chatted with the chef before he opened.

Fans of Indian food or simply open-minded people should know about Nellai Banana Leaf. It’s the first entry of Chettinad cuisine, a regional delicacy, in this market. It’s notable for increased sour and garlicky notes, more seafood, and a broad array of southern Indian vegetarian crafts like dosas, utthapams, idli and the savory lentil doughnuts called vadas. It also has the best tandoori chicken in town. Check out my review, and a gallery with even more dish photographs. 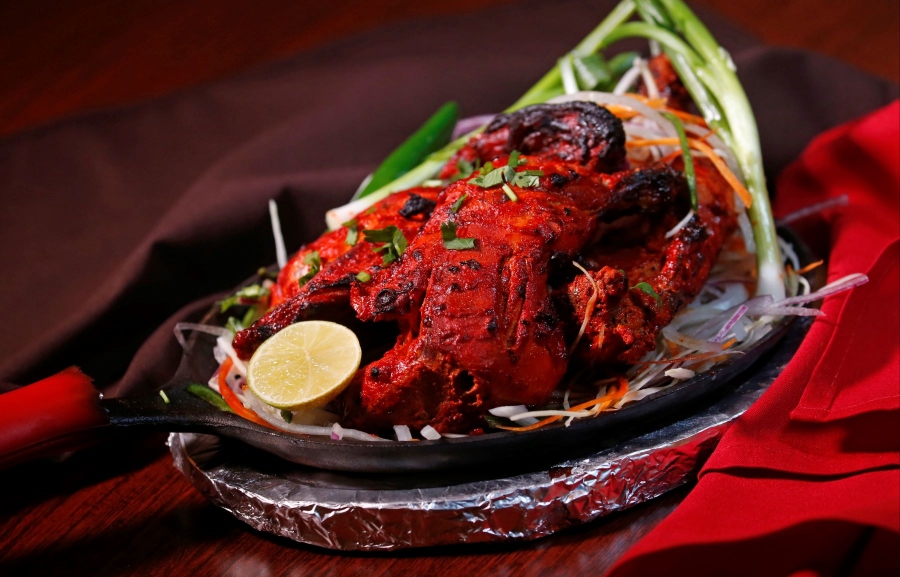 Five talented culinary professionals with followings of their own have united to open Waxlight Bar a Vin. First-class creative cocktails and a discerning wine list from Tony Rials, Jeff Yannuzzi and Jessica Railey are joined with a menu with upgraded bar snacks, elevated American classics and original dishes inspired by seasonal produce and informed with deep technique.

A place that makes its own chicken powder to flavor $5 potato chips, takes the Cheez-it to new heights, and proves that the world’s best mashed potatoes can be improved with foie gras butter. Go for the steak and potatoes. Stay for the “I’ve never had this before and now I need it.” Here's my first look, with lots of photos, and here's a bit of the history behind the place.

Also: Not-new restaurants but worth mentioning in this vein: the Terrace at Delaware Park, with Bruce Wieszala at the helm, is worth a new look from anyone who shrugged at the last edition. Misuta Chow’s chow has improved under ex-Seabar cook Andy Berger.

When you were last in town for the holidays, Rec Room had just opened its doors on West Chippewa, and was commencing its mission to carry on the work started by Chris Ring and company at the now-closed Waiting Room on Delaware Avenue.

By now, Ring and his new partners have made it clear that they came to stay, with a full roster concentrating on a mix of indie, hip-hop, EDM and punk rock, and operating as a dance club when live bands aren't booked for the evening.

After sitting dormant for several years, the Showplace Theatre is back and members of the local music community have been waxing nostalgic and recounting their memories of the many amazing shows that took place in the storied venue over the years.

The new owners sunk a fair chunk of change into the venue, and have been busy booking a broad range of local, national, original and tribute bands, ranging in genre from hip-hop to hair metal. Read my column here. 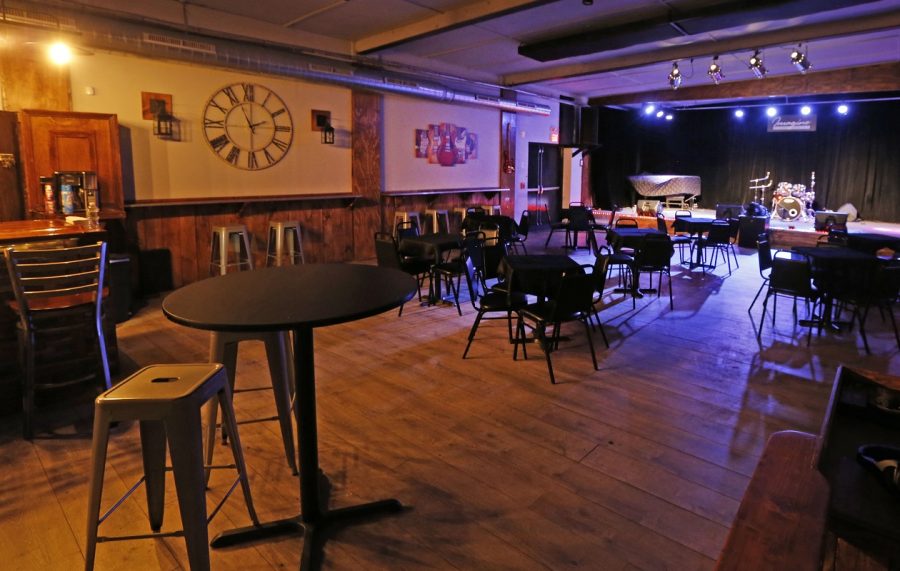 The Cave is the new bar and performance space opened by the owners of the Sportsmen's Tavern. (Robert Kirkham/Buffalo News)

With The Cave, overseen primarily by Jason Hall, the Sportsmen's family has extended its purview beyond the Americana through which it came to both local and national prominence. The Cave is booking a healthy roster comprised almost exclusively of local original bands, often on multi-artist bills.

It's fitting that, as Williamsville increasingly commits to upping its cultural profile and morphing into a destination for live music, an independent record store has opened on Main Street. Hi-Fi Hits is in some ways an extension of the much-missed Record Theatre chain, the last of which closed its doors in June 2017, three months after the death of founder Lenny Silver.

The brainchild of Joe Igielinski, a Record Theatre employee for more than 25 years and a music collector for nearly twice that long, Hi-Fi Hits has much of the blend of core vinyl and CD collection and music-based ephemera – posters, life-size music icon cut-outs, T-shirts, etc. – that made shopping at Record Theatre such an important part of a music junkie's life. Igielinski has installed a small bar, stage and cafe tables that he hopes will soon be filled with customers checking out local bands and sipping local brews.

Hi-Fi Hits also has been approved as a participating store in Record Store Day activities, including the Nov. 29 Black Friday onslaught of releases, reissues and rarities beneath the RSD umbrella.

From tired to trendy: Inside Chandler Street's transformation