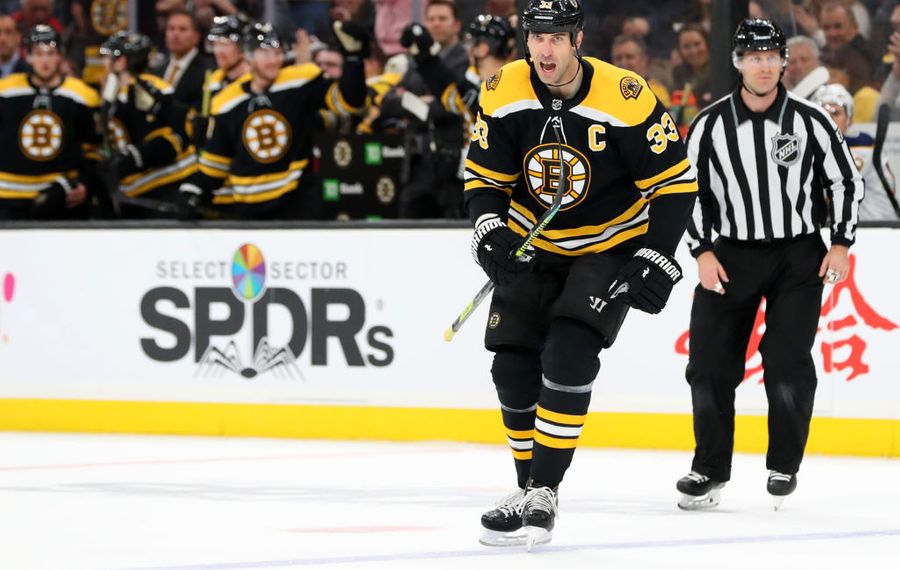 BOSTON -- This was the effort Ralph Krueger wanted from the Buffalo Sabres when they left for this three-game road trip.

The Sabres did not allow a shot on goal for the first 12:11 of play Thursday night, snapped their 0-for-22 power-play drought and showed the relentlessness that made them the top team in the National Hockey League for the season's first month.

Yet neither Krueger nor his players could find a silver lining following the 3-2 loss to the first-place Boston Bruins in TD Garden. The Sabres (10-9-3) are 1-7-2 in their last 10 games and trail the Bruins by 10 points in the Atlantic Division standings.

Buffalo is past settling for progress. Even Krueger took this loss particularly hard since this was arguably one of the Sabres' best performances in more than a month.

"We were hitting anything and everything but the back of the net here today," Krueger lamented. "What remains is pain and again, we’re hammered with something we need to learn from and grow from and we have to use this pain now to react in Florida."

Evan Rodrigues' expression told the story inside the quiet visitors' dressing room. The Sabres' center was on the wrong end of what he called "arguably the save of the year," when Boston's Tuukka Rask dove, without a stick, to his right to prevent the Sabres from cutting the deficit to one.

The Sabres out-shot the Bruins, 38-27, including 17-4 in the first period. Six different Buffalo players had at least four shots on goal, with Rasmus Ristolainen and Jeff Skinner both having a team-high five.

Ristolainen scored his first goal of the season at 5:25 into the first period to snap the power-play drought dating back to Oct. 28, screening Rask from in front of the net and hammering in a rebound off Jack Eichel's shot for a 1-0 lead. The Sabres had eight more scoring chances than Boston in the first period, including shots from the slot by Victor Olofsson and Conor Sheary.

Boston fans cheered sarcastically when the Bruins finally recorded their first shot on goal with 7:49 left in the first period and the Sabres had already forced Rask to make 13 saves.

However, the period ended with a 1-1 tie because Brad Marchand scored his first of two goals by tipping Zdeno Chara's shot past Linus Ullmark. The Bruins would have entered the intermission with a one-goal lead had it not been for Ullmark's impressive save on David Pastrnak's shot from in front.

Buffalo was unable to capitalize on its opportunities, but the fast start was significant progress considering it entered Thursday with a negative-12 goal differential in the first period of games this season.

"I think we need more of that," defenseman Brandon Montour said. "We haven’t seen that in a while and I don’t even know how many shots we had in that first there, but you saw how aggressive we were. You saw the mentality. You knew the guys were ready to play and that’s what we need every night."

The Sabres pieced together what Krueger called their "best game of the season" at 5 on 5. Mistakes continue to plague them, though.

Rasmus Asplund was penalized for holding at 13:15 into the second period, and the Bruins scored 37 seconds later when Marchand scored on a rebound off Matt Grzelcyk's shot from the point for a 2-1 lead. The Sabres have allowed at least one power-play goal in seven consecutive games.

"It’s tough," Ristolainen said. "We just want to win. That didn’t happen today. No one is going to feel sorry for us. We have to keep working and go forward. We have a couple tough games. We have to get better these next couple of games, get two wins and go home."

The Sabres had a strong finish to the second period, capped by Jeff Skinner hitting the post by batting the puck out of the year. Jake McCabe was penalized for holding only 32 seconds into the third period, and the Bruins capitalized on Pastrnak's goal to push their lead to two with 18:04 remaining in regulation.

Seemingly every significant mistake ended up in the Sabres' net. They also made several odd decisions with the puck, some of which resulted in icing and stifled momentum by giving Boston offensive-zone faceoffs.

Still, the Sabres cut the deficit to one on Montour's shot that soared over Rask's glove and into the net with 7:02 left in regulation. Buffalo continued its push in the final minutes of the third period but was unable to tie the score.

"You have to realize that’s what it takes to win," Rodrigues said. "That’s the type of game we need to play if we want to win games. We did it early on and we’ve gotten away from it. We played with urgency, we played on our toes, we pressured the puck and we’ve been letting teams kind of come at us as of late. We have to take it to teams and I thought we did that today."

The schedule doesn't get easier, either. The Sabres' next stop on the road trip is Sunrise, Fla., where they'll face the suddenly-scary Panthers, who scored five unanswered goals Thursday to defeat the Anaheim Ducks, 5-4, in overtime.

Buffalo will then cap the three-game road trip Monday against the Tampa Bay Lightning, whom it lost to twice in Sweden. The Sabres will need to address their porous penalty kill and spoke late Thursday night of focusing on what they did well against the Bruins.

However, the pain of this loss will be tough to shake.

"We played a little bit better, but in the end, it’s another loss," Montour said. "We have to start getting on the win column pretty soon here and take the positives out of that one and move on. We have to start winning some hockey games."