Stone City Saloon is not really a saloon, at least not in the cowboy/western sense. The new bar at 220 Lexington Ave. aims for something less specific.

"The original meaning for saloon was a gathering place, a wide-open place where people could have drinks and socialize from all walks of life and really feel comfortable together, with nobody feeling out of place," said owner Kevin Kirby.

Kirby soft opened Stone City on Oct. 3, with little promotion before a grand-opening party slated for Nov. 21. Doors open at 5 p.m., complimentary hors d'oeuvres are served from 6 to 8 p.m., then DJ Cutler - also a bartender there - spins from 8 to 11 p.m.

The musicians accompanying late Buffalo icon Rick James were dubbed the Stone City Band, the background behind the bar's name. Music, more than Buffalo history, is at the heart of Kirby's endeavor, with a vibe touching on punk, funk and rock 'n' roll. 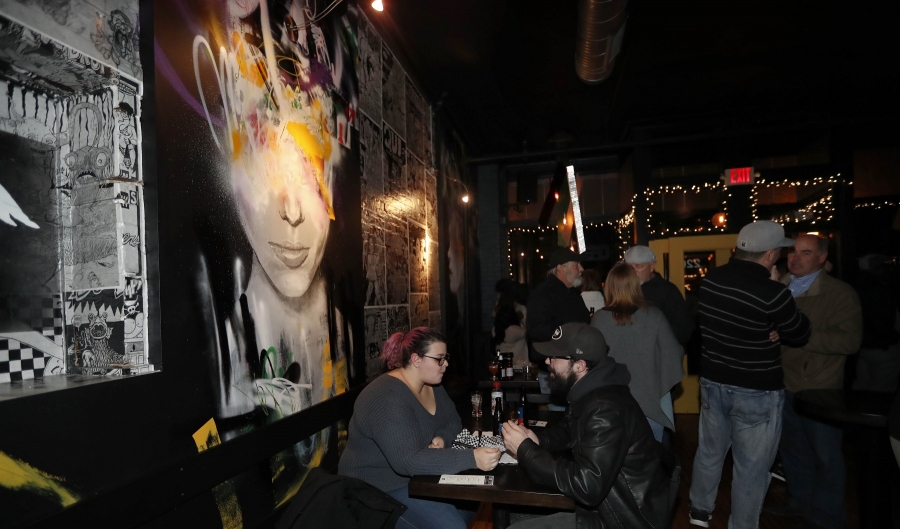 Scores of song lyrics line the bathroom walls, a neon-lit jukebox sits prominently toward the rear of the seating area, and edgy concert posters illustrated by Wheez Von Klaw, the original drummer of the Buffalo rock band the Irving Klaws, fill the west wall.

The cartoon-ish posters – which mention venues such as Mohawk Place, Babeville and Nietzsche's – are equally as fascinating when viewed individually and as one collective mural.

Kirby relayed the story of how he came upon these posters, of which there were originally 200. They were previously held by his friend and former co-worker Mark Szymanski, who lived with Kirby for eight months while recovering from painkiller and heroin addictions.

When Szymanski, whom Kirby called a "best, beautiful friend" died in 2017, Kirby kept the posters - and now has a way to remember his friend through this bar endeavor. 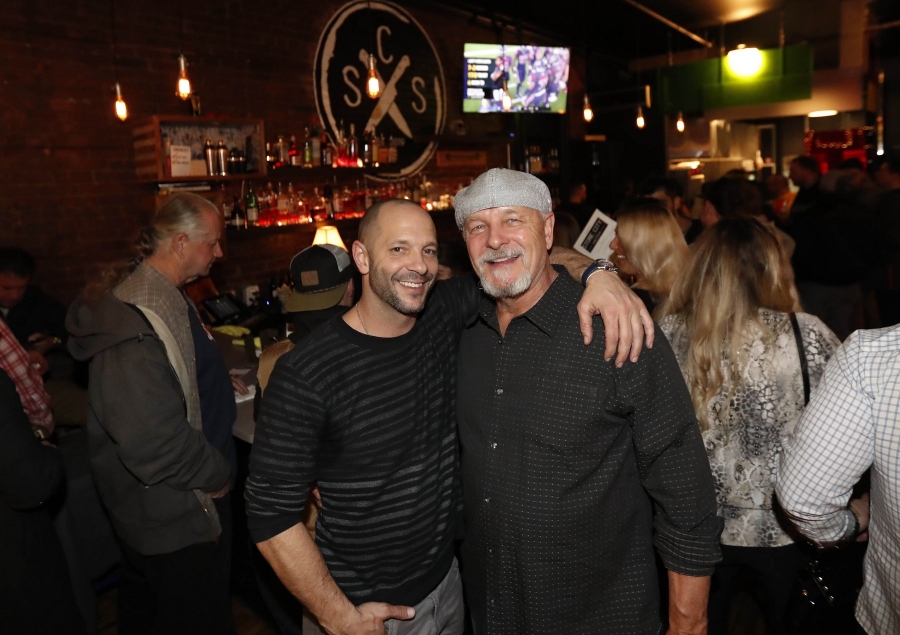 The dimly lit bar seats around 50 people, with another 10 on the patio in good weather. Kirby's intention is for a "non-pretentious, local bar"; its predecessor, Vera Pizzeria, was established as a trendy cocktail bar.

Six beers are on tap, four of which are local: Big Ditch Hayburner, Thin Man Burning Money, Community Beer Works' The Whale and Hamburg Brewing's Oktoberfest. Stella Artois and Blue Moon are the domestic drafts. More options are offered as bottles, such as Southern Tier Lake Shore Fog and Truly.

A list of eight signature cocktails is posted by one of two TVs, including the Pre-Kuni (with Suntory Toki Japanese Whiskey), the Cruel Bird (Kraken Black Spiced Rum, Lockhouse ibisco bitters) and Perra Picante (mezcal or tequila based). This list is subject to change, however. 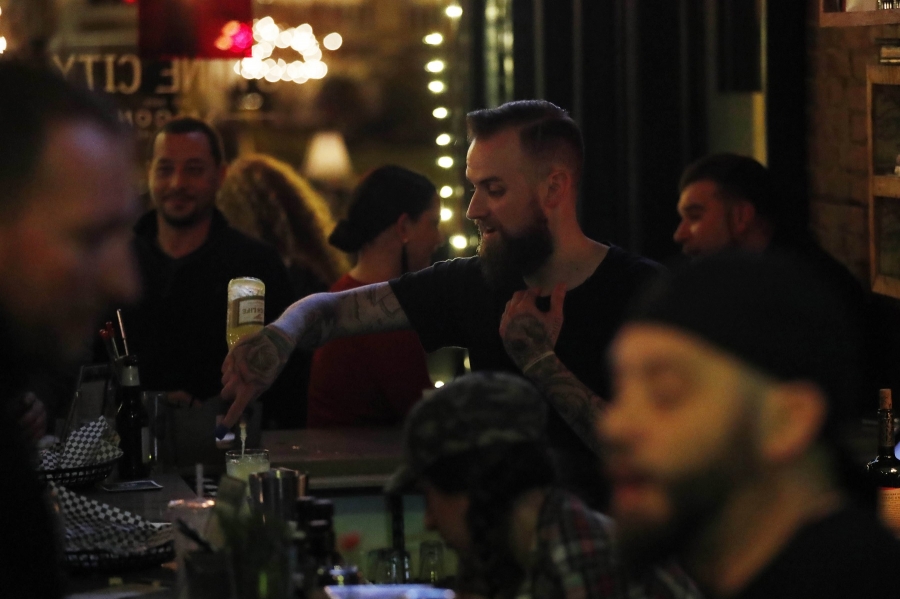 "It's not a cocktail bar or a beer bar, it's a new-age, modern corner bar. It's a Renaissance man in a bar," Kirby said.

Although Kirby has been out of the industry for 10 years - including a stint with Sinatra Development - his roots are in hospitality in staple Buffalo restaurants. 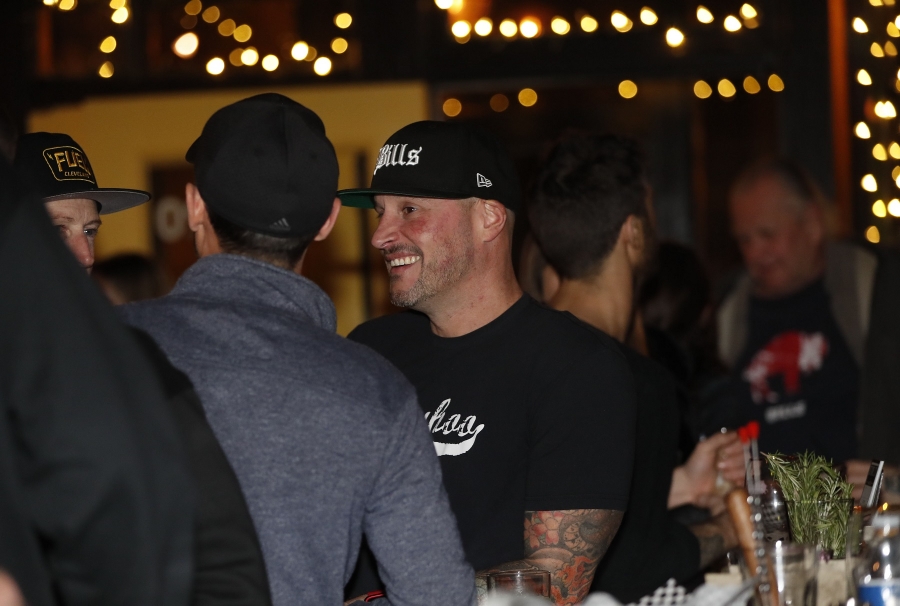 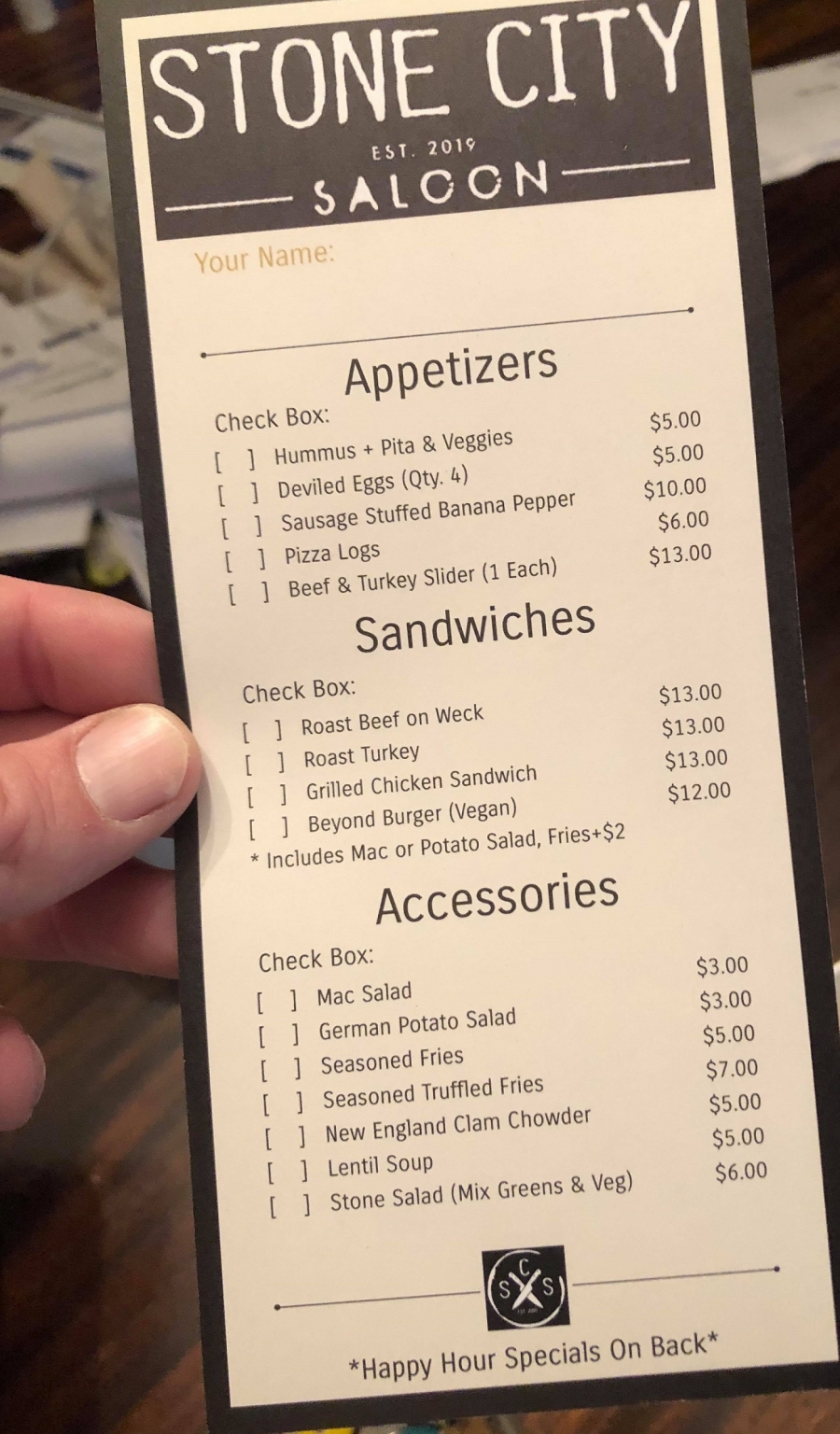 The work-in-progress menu for Stone City Saloon. (via Stone City)

"When I was 15 years old, I'd get back from football practice at Kenmore West and my mother, being in the business, introduced me to a guy named Hutch who opened a new restaurant," Kirby recalled.

He washed dishes, bused tables, served and bartended at Hutch's – one of Buffalo's few 10-plate restaurants – before advancing to maitre d'. Sinatra's and Mothers were two later stops in his industry path; his mother still manages at Siena.

So it's not too surprising that Kirby is helping in the kitchen with head chef Jessi Miccichi, who recently worked in Community Beer Works' kitchen as well as a bar-restaurant in Lakewood, Colo.

Kirby described the food menu as "things that he likes," although he did consult Miccichi in its formation. His mother's influence is apparent, too, as the German potato salad and a few of the soup recipes come from her.

Beef on weck ($13) with ample horseradish and a grilled roll; a Thanksgiving-style roast turkey sandwich ($13), doused in gravy and served with cranberry sauce; and the vegan Beyond Burger ($12) are the starring sandwiches. The sausage stuffed banana pepper ($10) is a must-try appetizer.

Sponge candy cannoli, brought in from the Rolling Cannoli Food Truck (a venture of Panaro's Restaurant), were award winners at the Taste of Buffalo two years ago and should be popular desserts.

"This is a special corner," Kirby said, referring to neighboring restaurants The Place and Kuni's. "I just want to play my part." 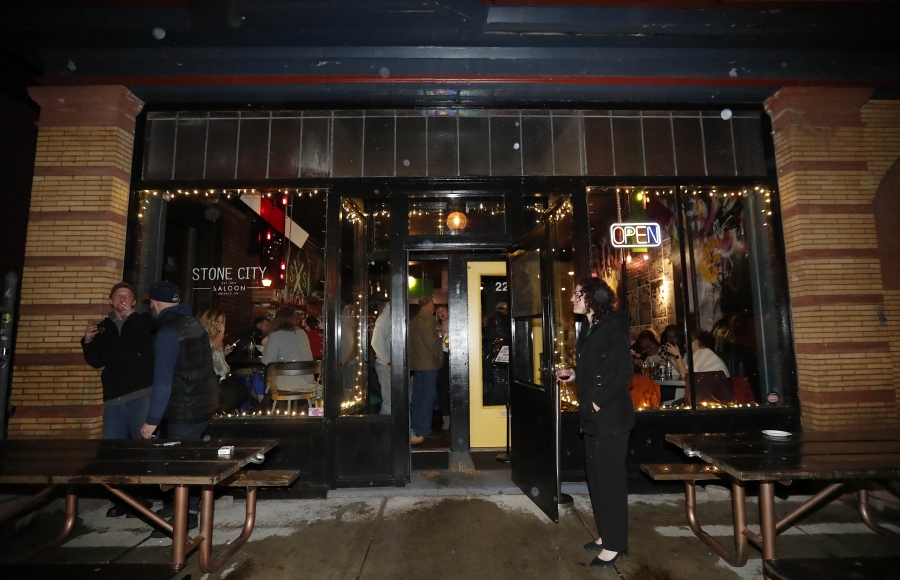