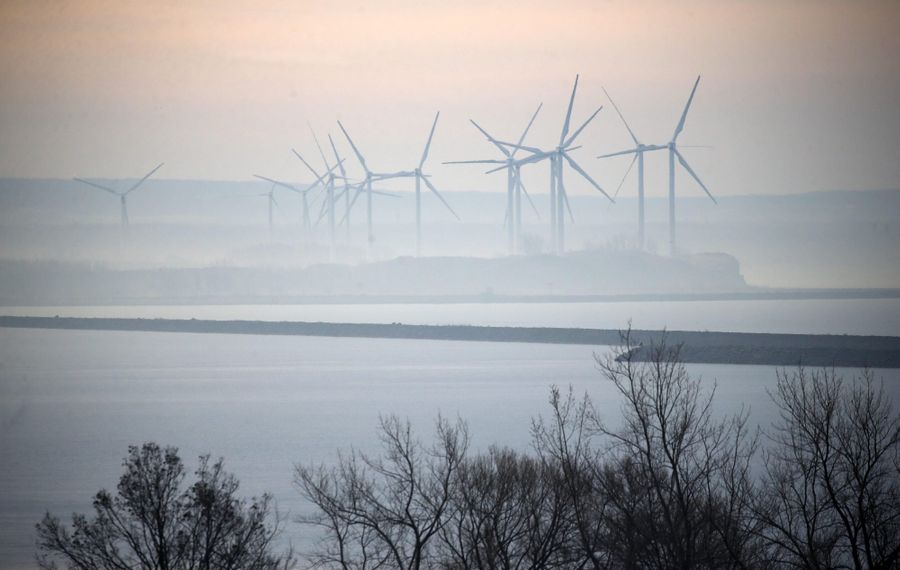 The tax breaks will give a boost to efforts to upgrade the highly visible wind turbines, which could not be fixed because replacement parts aren't available.

"The company is faced with the choice of either decommissioning the entire wind farm in the next two years or investing as it is proposed," said Kevin McAuliffe, an attorney representing the owners, Niagara Wind Power and Erie Wind, during a public hearing.

The project will replace the blades, rotors and other equipment on each of the 10 turbines. The new blades will be 45 feet longer than the ones now in use, but the generating capacity of the each turbine will remain the same at 2.5 megawatts.

While the agreement with the Erie County Industrial Development Agency will extend the tax breaks on the 10 turbines for another 15 years, the payments that the owners make to local governments and schools potentially will more than triple to $250,000 from the current $80,000. The amount of those payments will be based on how much electricity each turbine generates.

The agreement does not cover the four wind turbines that are located in the portion of the former steel complex that is in Hamburg. The upgrade of those turbines are in line for tax breaks through the Hamburg Industrial Development Agency.

The turbines were built in two phases on brownfields within the steel complex. Steel Winds I started operating in 2007 with eight turbines, followed by another six turbines in a second phase spread between Lackawanna and Hamburg that started generating electricity in 2012.

Why Lackawanna's turbines don't always blow in the wind