The state attorney general has slapped Kaleida Health with a $500,000 penalty in a settlement that sharply criticized the care provided to a 16-month-old boy who died at Kaleida's HighPointe on Michigan nursing home and the falsified records about a 56-year-old resident who died there.

The $500,000 penalty is among the most significant penalties imposed against a Buffalo-area nursing home, according to the Attorney General's Office.

“Kaleida Health put residents of HighPointe at risk, which is why we fought for corrective actions and restitution," Attorney General Letitia James said.

The AG's Medicaid fraud unit began investigating HighPointe after the wife of Larry Myers, who suffered from a neurological disease that left him paralyzed, complained in 2013 about the lack of treatment by staff. The Attorney General's Office installed a hidden camera in Myers' room before he died in January 2014. The case ended with 17 workers being convicted of falsifying records or other crimes. 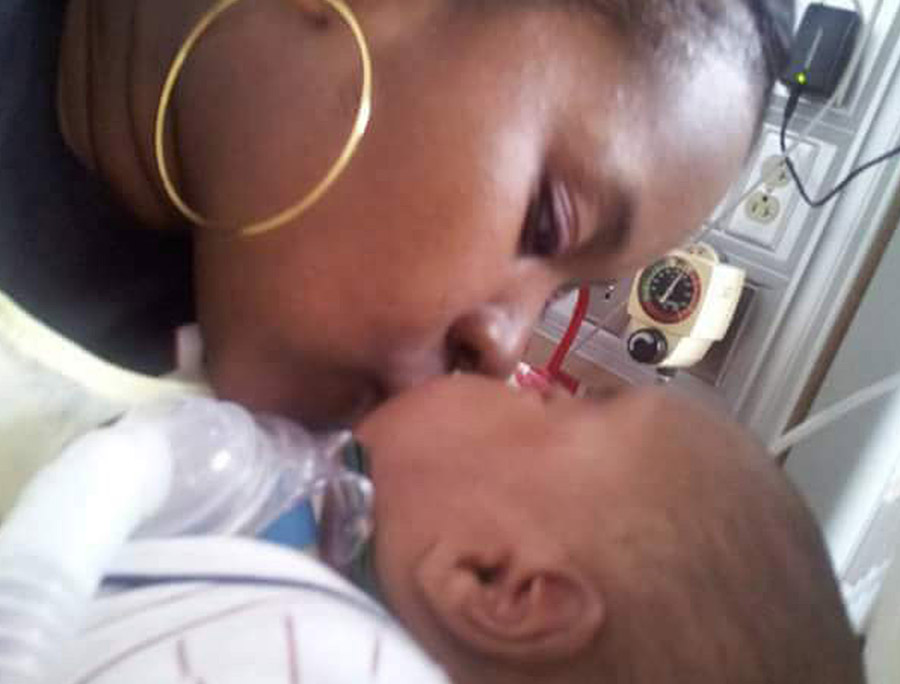 Latifa Johnson kisses her infant son, Jameir Benn, who died Feb. 18, 2015. This is Johnson's favorite photo of Jameir, who died at HighPointe on Michigan nursing home in Buffalo. (Courtesy of Latifa Johnson)

Toddler Jameir Benn died at the facility in February 2015 after choking on liquified food given to him through a tube. None of the nursing home staff were watching him when he was fed. The state Department of Health previously fined HighPointe $16,000 after concluding its staff failed to properly monitor Jameir the day he died and failed to wear required pagers that would have alerted them when the toddler began choking.

Both cases were featured in The Buffalo News' 2018 series about local nursing homes.

Kaleida paid the $500,000 to the state’s Medicaid program as a reimbursement for the lack of care it provided to Benn and Myers, according to the settlement released Tuesday.

Under terms of the agreement, Kaleida and HighPointe “neither admit or deny” liability.

In the settlement, Kaleida agreed to numerous improvements at the nursing home, including hiring more staffing and greater accountability to Kaleida's board. 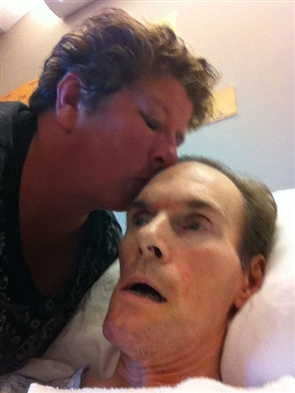 Patricia Myers kisses her husband, Larry K. Myers, who was paralyzed by Huntington's chorea, at HighPointe on Michigan nursing home in an undated photo before his death on Jan. 9, 2014. (Provided by Patricia Myers)

HighPointe, one of the region's biggest nursing homes with 300 beds, has the area's only pediatric unit. Last year, the federal government rated HighPointe's overall performance at two stars, or "below average." It is now rated at four stars, above average.

Kaleida spokesman Michael Hughes issued a statement pointing out that a number of changes have taken place in the last five years.

“As we have said numerous times in the past, these issues are unacceptable and are not tolerated. Safe and reliable care is at the core of all that we do. Our first and foremost concern is the residents that we serve.”

Kaleida has invested $12 million in staffing and quality of care improvements, Hughes said.

“This includes adding more than 75 full-time employees, changing out 85% of management and 60% of our front line staff.  Most importantly, we are now rated five stars for our quality. So, despite an extremely challenging environment, we continue to make progress,” he stated.

The attorney general said Kaleida spent more than $8.8 million in hiring increased direct care and supervisory staff, a medical doctor and making improvements to systems and equipment and to policies and procedures.

Hughes said the $12 million figure he cited represents the most current amount that has been spent.

Kaleida was sued by the families of Benn and Myers. Myers' case was settled out of court in May, according to court records. Brown Chiari, the law firm representing both families, declined to comment on the status of the Myers case.

But of the case involving the toddler, attorney Donald Chiari said it is expected to go to trial in early 2020.

Chiari said that he and Cheektowaga resident Latifa Johnson, Jameir's mother, met with the Attorney General’s Office Monday for a private review of the settlement.

“The findings show that HighPointe had previous knowledge that these tube feedings resulted in Jameir vomiting,” Chiari said. "HighPointe’s conduct was reckless to say the least."

Of the improvements by Kaleida, Chiari said, “We are very happy they are making significant improvements at the HighPointe facility, but it’s a little disappointing that these measures had to be mandated by the Attorney General’s Office.”

In the 23-page settlement, the AG's Office provided the results of its investigation into Jameir Benn’s death. It concluded:

Of the criminal conduct against Myers, the fraud unit cited the results of an internal investigation conducted by Kaleida:

Myers, of Orchard Park, died at HighPointe on Jan. 9, 2014, from Huntington's chorea, the disease that had robbed him of mobility and left him totally dependent on the nursing home staff.

The settlement also requires Kaleida to hire a corporate compliance officer “solely” for HighPointe. This individual will file reports that focus on the requirements in the settlement.

Copies of the compliance reports will be forwarded to Kaleida’s board of directors for discussion at their meetings. The reports will also be sent to the Attorney General’s Office.

At Kaleida's HighPointe nursing home, the troubling death of a toddler