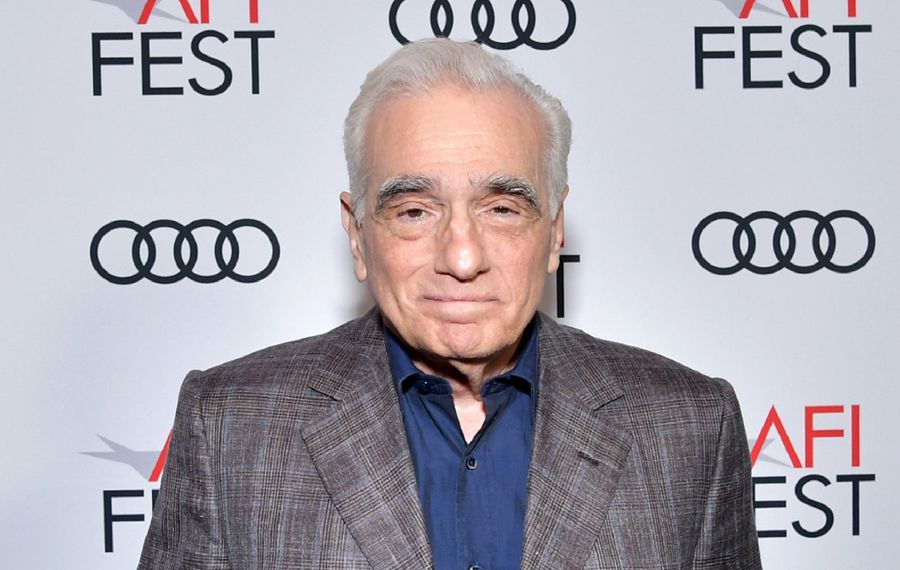 No one's saying "The Irishman" will be Martin Scorsese's final film. It won't even be the last film he makes with his oldest movie friend and other half in front of the camera, Robert De Niro.

If you believe the internet, its movie websites list an upcoming murder drama both men are committed to. Not, however, a mob movie.

That's why "The Irishman" could well have been a magnificent swan song, if that's what Scorsese wanted it to be. A case could even be made that in a perfect world, it should be Scorsese's swan song – just as, in a perfect world, Steven Spielberg's career would have ended with that moment at the end of "Schindler's List" when his real self and his real mother put stones on the grave marker of the real Oskar Schindler to mark his achievement in saving so many real Jews from a real Holocaust. Nothing after that moment in Spielberg's career matched it.

At that moment, Spielberg was telling the audience "some moments – and lives – are too big for Hollywood movies."

That's some of what Scorsese seems to be saying at the end of "The Irishman." It is, yet again, another film about the mob, but it's different from everybody's favorite Scorsese mafia movie, "Goodfellas," which seemed to be an energetic continuation of the street punk life of his first major film, "Mean Streets."

But this, in the waning part of Scorsese's career (he is a vigorous 77 and everywhere he goes, he trails the reverence of the movie world behind him), he gives us something profound and new, something we've never quite registered before in this way in a Scorsese mob film. This, of all things, is a film about mortality and morality – about all those declines the flesh is heir to if Scorsese's underworld characters don't confront them first with .38's and .32's.

To be sure, there are those, too, in "The Irishman." It is, after all, about a real and well-documented mob killer named Frank Sheeran, who not only claimed to have killed Jimmy Hoffa, but also mobster "Crazy Joey" Gallo (though witnesses at the restaurant in Little Italy where it happened thought four killers were involved).

But this, I think, is the best movie, by far, Scorsese has made in 20 years. As most people know by now, it never could have been made without Netflix, which will take over its exhibition a couple weeks from now after we're allowed to see it first in its natural habitat on a big screen.

I hate to be heretical, but I honestly don't think "The Irishman" will be fatally upended by being shrunk down from super screen size. That's mostly because the shootings and such are masterfully directed (not exactly a surprise), but also because this is a movie that deals with the subtle forces that embrace us all over a lifetime – time and mortality and, in the case of De Niro as Sheeran, hired killer known as " The Irishman," the profound loss the aged can feel when life refuses to be merciful about their ugliest mistakes.

Look, let me be honest about Scorsese's work here: I loved Scorsese's "The Departed" – much more than most of his movies of the past couple decades ("The Aviator," "Silence," "The Wolf of Wall Street," "Shutter  Island"). I'm delighted his professional partnership with Leonardo DiCaprio made him commercially viable, but it didn't hold a candle to the power of his films with De Niro.

Or, especially, as it does here, to Scorsese's almost certain final ability to get De Niro into the same movie as Joe Pesci (who has flirted with retirement loudly) and even Al Pacino, too. You're more than unlikely to see that heady foursome together again in one film, which makes "The Irishman" a treasure, no matter where you see it – in a theater as I was delighted to or on Netflix.

There are stunning subtleties quietly at work here in the shadows. God knows they're not in Pacino's boisterous, booming performance as Jimmy Hoffa, which is yet another forte merriment in Pacino's energetic fiesta of overacting (think of Tony Montana's "Say hello to my little friend" in "Scarface" and his "Hoo-ahs" in "Scent of a Woman" and my favorite Pacino excess, Big Boy Caprice in his old New York friend Warren Beatty's "Dick Tracy.")

The most obvious subtlety is that Sheeran's murders in service to the mob are the key to his crushed heart in his final years when he is ignored by the one daughter who balefully and watchfully registered her father's brutality as a young girl and his betrayal of her favorite among his friends, Hoffa.

Unlike Pacino, who is chewing the sets in his scenes as Hoffa, Scorsese's more frequent pals De Niro and Pesci were ready to help him deal with the terrible things life can find oh so quietly – a daughter, for instance, who knows a murderous heart when she sees one, particularly when it's possessed by her own father (she's played as an adult by Anna Paquin).

If Scorsese had, in fact, ended his career with the more furtive emotions of "The Irishman," we'd see him moving away from his unofficial partner in mob movies, Francis Ford Coppola, and toward his earliest influence, Elia Kazan.

But there's something more than that that's stunningly subtle in "The Irishman" – the relationship between De Niro, playing a real Irish killer Sheeran, and Pesci, playing real mob boss Russell Bufalino, a man averse to raising his voice or letting his eyes be seen behind tinted glasses.

The older and more powerful man virtually adopts De Niro as Sheeran while he, Bufalino, becomes his ultimate "rabbi" in the mob. Underneath that professional view, there's a quiet and never overtly stated kind of condescension in their relationship despite the mutual affection. He's a fixer for them, a killer for them, an errand boy really whose bloody errands are as risky and foul as they can be. That, to them, is Frank's "station" in their lives.

A new CGI process transforms all the older actors' faces to give you their younger selves. It is neither impressively successful or so bad that you can't immediately ignore it.

One final thing that needs to be said for those who rejoice in the omnipresence of Buffalo connections to everything in this world beyond Patrick Gallo's small role.

Pesci's key and severely disciplined character, the real Russell Bufalino, came to America from Montedoro, Sicily, the same place as his friend, Buffalo's outrageously dapper and fabled "underboss" John Montana, one of the most fascinating (and weirdly untold) figures in mob history.

That may be personal prejudice, I admit, because it just so happens I grew up on Starin Avenue, two blocks away from where Montana lived, ever so quietly. As a child, all I ever knew about him is that he owned Van Dyke cabs, the biggest and best cabs in the city.

He was a celebrated businessman in town and even a sometime politician, both Republican and Democrat. A civic leader by any assay, whose secret life was publicly unknown. Then in 1957, when more than 100 mobsters converged on Apalachin, N.Y., for a fence-mending summit conference arranged by, among others, Western New York's powerful Stefano Magaddino, Montana was caught impeccably dressed trying to clear a barbed wire fence.

He claimed to the cops he got there because his car broke down.

If Scorsese, as it now seems, is finished with the mob as a big film subject, it's too bad. He'd have been perfect to make a film about a man who was said to be Magaddino's No. 3 guy at the same time the Erie Club of local law enforcement officials was naming him Man of The Year.

I think "The Irishman" is as good as it is because Netflix gave Scorsese total support to say some final things and assemble a magnificent cast to say them – a cast as good as they come.

The truth about great artists is they don't have to be creating final works to say final things.

It just means their late-life audiences have to be that much more aware of their saying them.

I don't honestly think every member of "The Irishman's" audience will be as bowled over as I was. It just seems to me that in 2019, this is as good as Scorsese gets.