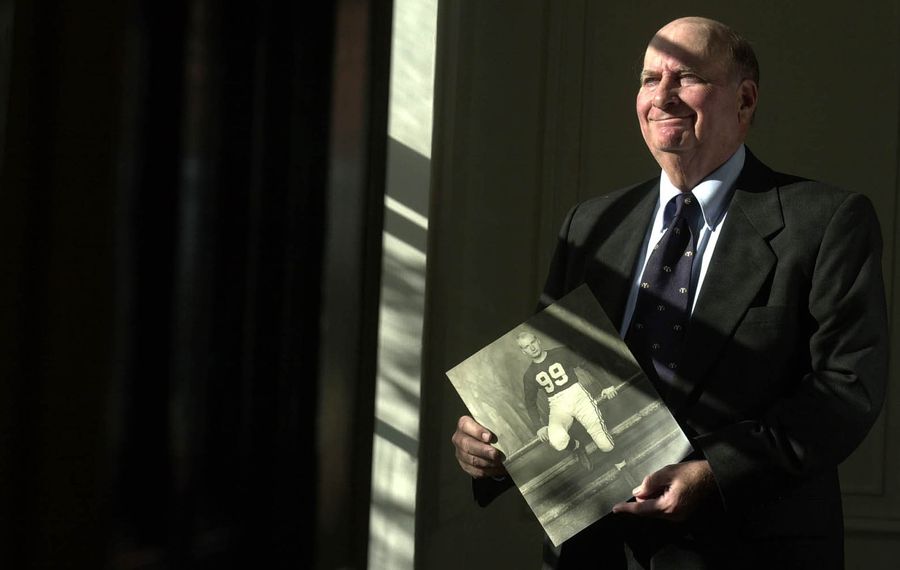 An inspirational 1993 movie told the story of Daniel "Rudy" Ruettiger, the undersized football player with a big heart who famously got a chance to play in his final game at Notre Dame.

But before anyone had ever heard of Rudy, Buffalo's Charlie Yeager had his underdog moment in the 1952 Harvard-Yale football game.

How big a deal was it? The Yale student newspaper predicted he would go down in the history of the bitter Ivy League rivalry. Life magazine profiled him two weeks later. And the New York Times interviewed him on the 50th anniversary of the game.

''Nothing has gotten me the notoriety that this one play has,'' he told the Times in 2002. ''And I guess it will be with me forever."

Charles L. Yeager, who went on to run an insurance agency here, died Nov. 3 in his home in the Park Lane Condominiums. He was 89.

Mr. Yeager was born in Buffalo on Sept. 25, 1930, to Orson and Dorothy Yeager. At Nichols, one of his classmates was William H. Donaldson, who served as head of the New York Stock Exchange and the U.S. Securities and Exchange Commission.

A 1953 graduate of Yale, Mr. Yeager was a member of the Wolf's Head secret society and lived in the same dorm as Jonathan Bush, brother of future President George H.W. Bush. 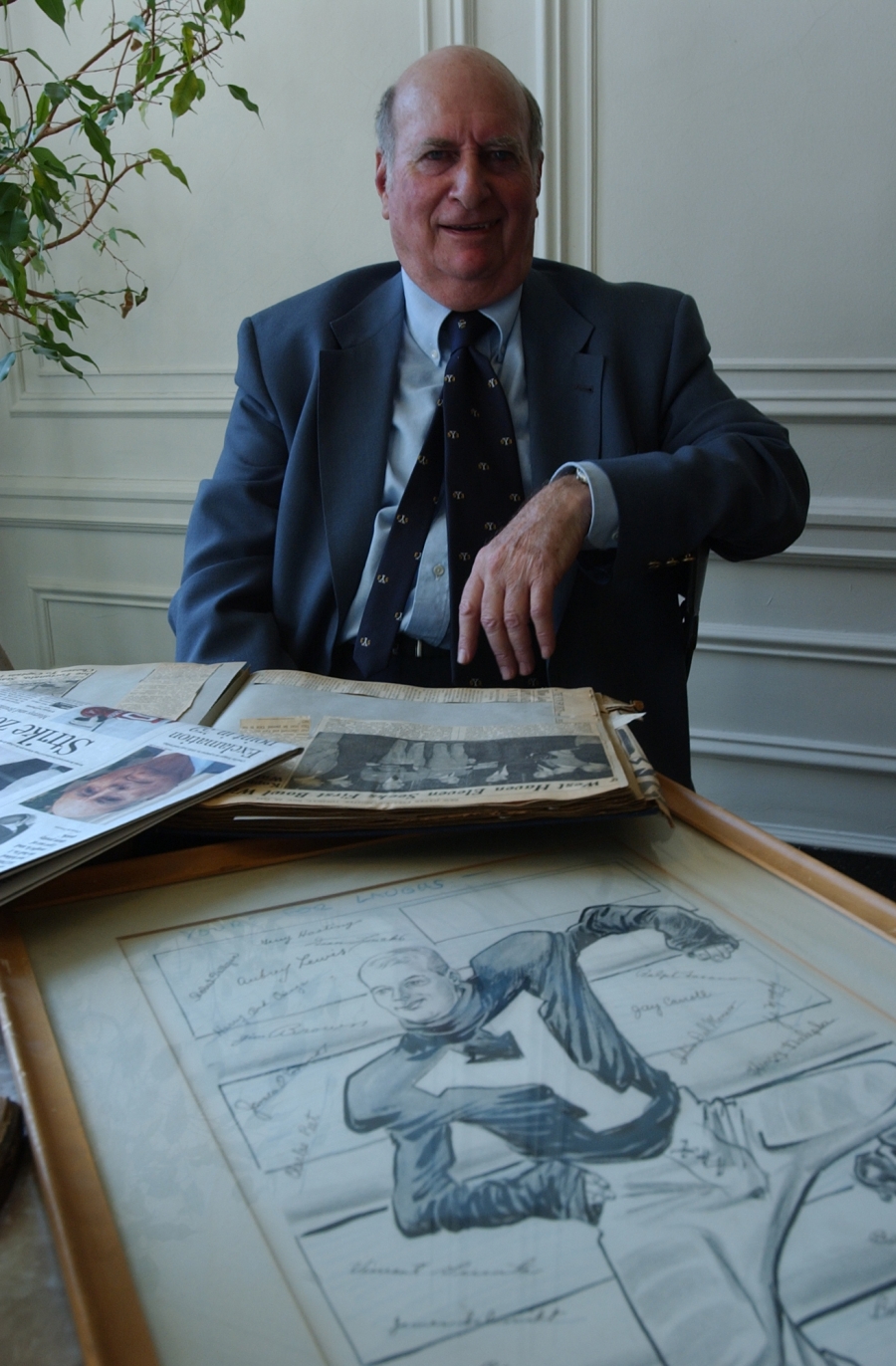 Charlie Yeager, in 2002, with some of his football artifacts. (News file photo)

It was as varsity football manager that Mr. Yeager got his moment in the sun.

A black-and-white team photo from the 1952 season shows Mr. Yeager, in a coat and tie, standing on the end of the back row, dwarfed by the players.

However, Life magazine wrote that Mr. Yeager, just 5 feet 5 inches tall and not quite 140 pounds, "was a frustrated gridiron hero" who "secretly, like James Thurber's Walter Mitty, dreamed of glory."

Mr. Yeager would catch passes from an assistant coach before practice during the season. Yale Head Coach Jordan Olivar promised to give the manager an opportunity to catch a pass for an extra point in the Harvard-Yale game if it was possible.

That chance came on the dark and drizzly afternoon of Nov. 22, 1952, at Harvard Stadium. Take how Bills fans feel about the Patriots, add in some Ivy League stuffiness, and you get a sense of how the students and alumni from Harvard and Yale feel about the other side.

Yale was throttling Harvard in this version of the annual contest deemed "the Game" by the schools.

Mr. Yeager, suspecting he might get in at some point, sneaked off at halftime to dress in a uniform and pads – he had assigned himself No. 99 – and waited eagerly for his chance.

By the third quarter, Yale had scored another touchdown to make it 40-7. Olivar sent in Mr. Yeager, then 22, for the extra point to run the play he had practiced.

''I knew there was a distinct possibility I might get creamed,'' Mr. Yeager told the New York Times in 2002. ''I also knew I could mess up and drop a perfectly good pass.''

Mr. Yeager, wearing a crisp blue jersey, got knocked down by a Harvard player trying to block the expected extra-point kick. A Yale teammate picked Mr. Yeager up and shoved him toward the end zone. Quarterback Ed Molloy, who took the snap and immediately dashed to his right, lobbed a pass to Mr. Yeager. 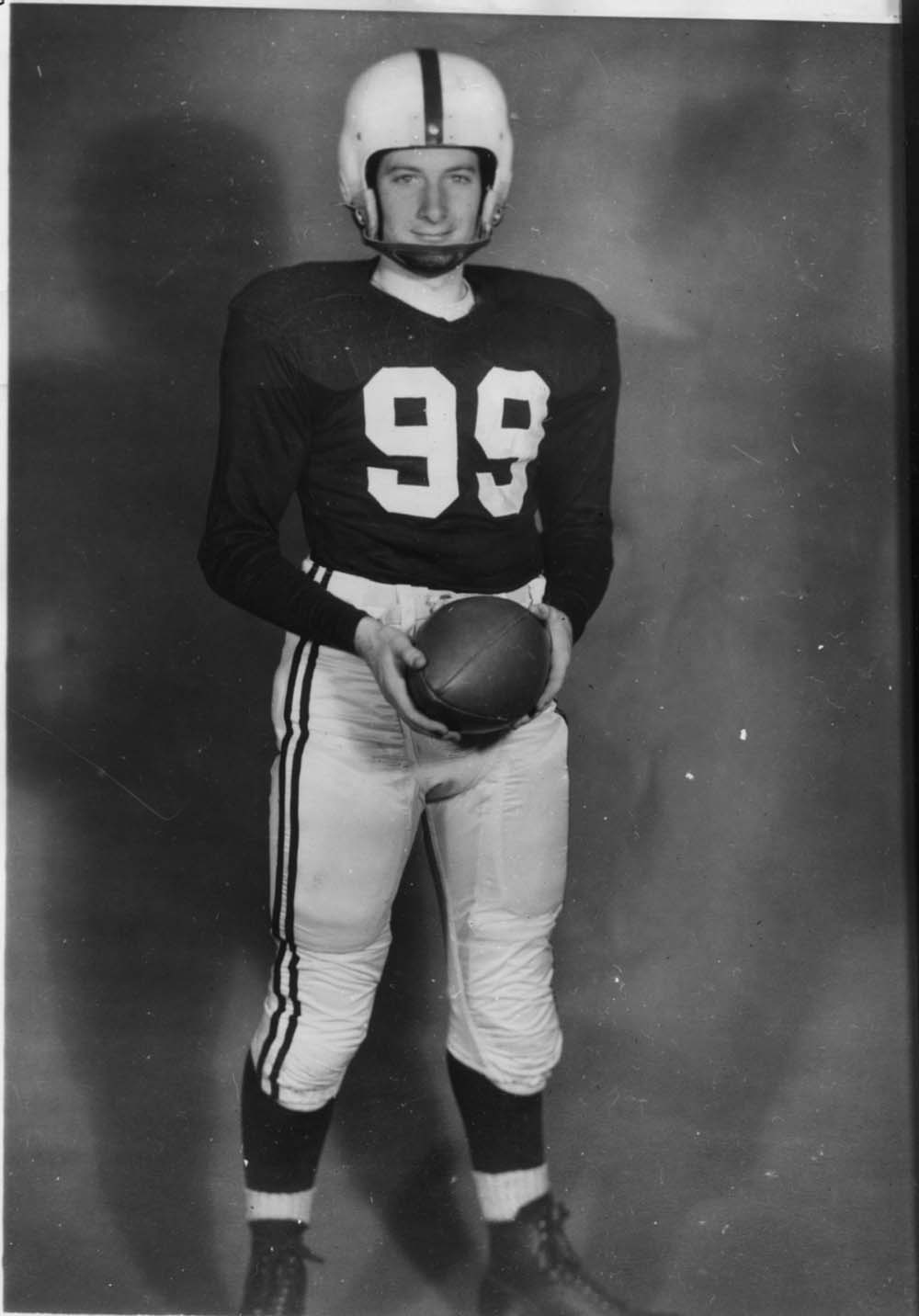 "I remember it came right into my gut. I caught it, no bobble, and I ran right out of the end zone," Mr. Yeager told The Buffalo News in 2002.

His teammates mobbed him. Fans in the stands wondered why they were so excited about the 41st point in the blowout, which ended 41-14. Press box denizens were briefly flummoxed because No. 99 wasn't identified in the program.

Yale and Harvard partisans had decidedly different views of Mr. Yeager's cameo. The Harvard crowd thought Yale and Olivar were rubbing the rout in their faces, a theme picked up in some media accounts.

Mr. Yeager, Olivar and the rest of the team insisted the play wasn't meant to mock the Crimson.

''I doubt that Jordan had any idea of the huge impact, how Harvard would be outraged and consider it such an insult,'' Mr. Yeager said 50 years later.

For Yale, Mr. Yeager's catch was something to celebrate, and the story of David rising up among the Goliaths was irresistible.

"Dream of Glory Come True," screamed Life magazine on Dec. 8, 1952, with an article that dubbed him "a new Yale immortal."

For the mortal Mr. Yeager, the cheering faded and he returned to Buffalo after graduation. He started an insurance agency with his friend, Webb Durant, a 1948 graduate of Harvard who was in the stands for Mr. Yeager's dramatic moment.

Mr. Yeager and Durant each year would bet $5 on the outcome of the Game.

"I have suggested that we raise the bet because of inflation," Mr. Yeager told The News in 2002. "But he insists we keep it at $5, for sentimental reasons."

Mr. Yeager, an only child who never married and had no children, regularly golfed at Cherry Hill Country Club in Ontario and was a past president and member since 1958 of Buffalo Tennis and Squash Club.

"He was one of the most popular members of the club," said Rick Infanti, the head tennis professional, noting Mr. Yeager's role as an informal club historian who enjoyed performing roasts at the annual president's dinner. The club made Mr. Yeager an honorary member and named its boardroom after him.

Mr. Yeager got to know the late Ralph Wilson, owner of the Buffalo Bills, and his wife, Mary, through the tennis community and joined them on occasion in their luxury box for home games.

Ralph Wilson gave Mr. Yeager a team Starter jacket and he was rarely seen without it during the cooler months, said Ellen Grimm Spencer, a family friend. Mr. Yeager wears the jacket in the photo that accompanied his death notice. 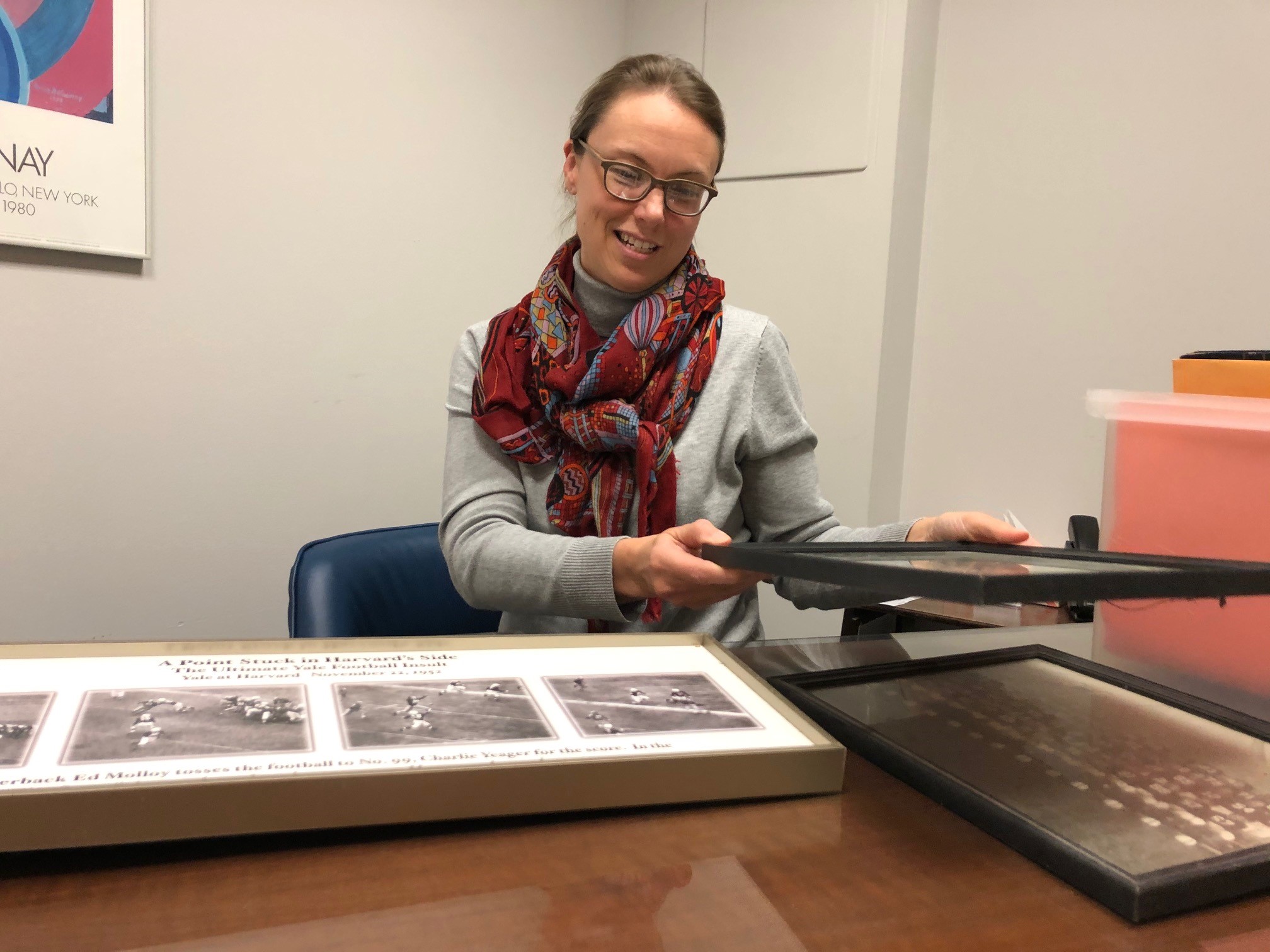 Spencer's late father, the attorney Richard A. Grimm Jr., was one of Mr. Yeager's best friends and regular golfing partner. Mr. Yeager joined the Grimms for many meals over the years, Spencer said, recalling his interest in the War of 1812 and his love of vanilla ice cream.

"For somebody who didn't have a lot of family, he made up for it with lots of groups of friends," said Spencer, who knew Mr. Yeager as "Chuck."

Spencer went through Mr. Yeager's home after his death and found his Yale football team photos, a split-second photographic breakdown of the famous play and a framed copy of the 2002 New York Times article, among other items.

In interviews, Mr. Yeager remained humble as he was pressed to describe the event's staying power.

"This will be my swan song, and it will be in my obituary eventually, but that will be it," Mr. Yeager said once. "I think it's drifted away in the mists of antiquity."

Not yet, Mr. Yeager. Not quite yet.

Note: Mr. Yeager was a member since 1958 of the Buffalo Tennis and Squash Club. An earlier version of this obituary incorrectly assigned this membership tenure to another organization. It also included an incorrect name for the tennis club.