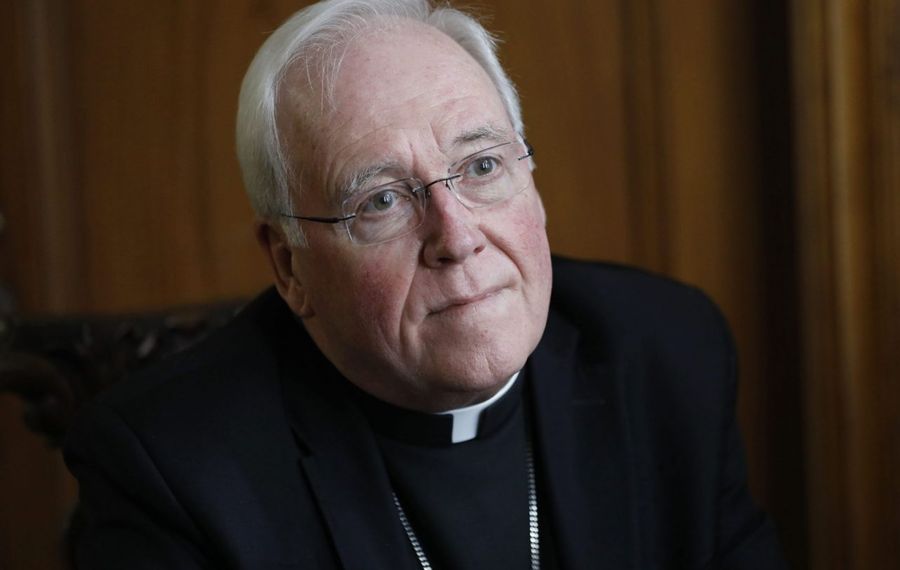 After a week in Rome that found him talking with Pope Francis about the sexual abuse scandal enveloping the Buffalo Diocese and denying a report that he was resigning, Bishop Richard J. Malone on Monday took to social media to restate that he would remain in his position.

Malone, who was part of the New York State bishops' "ad limina" visit to Rome, also issued a statement that touched on the scandal:

"We each were personally greeted by the Holy Father as we entered and as we left. In a few words spoken privately to me, it was clear that the pope understands the difficulties and distress we here in Buffalo and I, personally, have been experiencing."

Of the completed investigation conducted by a downstate bishop on abuse issues in the Buffalo Diocese, Malone said that too was discussed with another Vatican official, but the bishop did not elaborate on what will happen, only that it will be further addressed.

"I am, of course, aware of the intense interest about the results of the Apostolic Visitation recently conducted here and submitted to the Holy See. The Congregation for Bishops has received the report, which is held in strict confidentiality. I had a brief discussion with Cardinal Marc Ouellet, Prefect of the Congregation. More on that to come," Malone stated.

On Thursday in a brief interview, Malone told another Vatican reporter that Lamb's tweet was “absolutely false. Thank you very much. That’s the end of our conversation.”

Brooklyn Diocese Bishop Nicholas DiMarzio, who was appointed by the pope to investigate the Buffalo Diocese and its sexual abuse scandal, submitted his Apostolic Visitation report at the end of October with the Congregation for Bishops, the Vatican office that handles matters related to appointing and disciplining bishops.

Apostolic visitations in the past have led to the removal or resignation of bishops in other dioceses, but the process leading up to those bishops stepping down has taken months.

Malone has repeatedly resisted calls for his resignation, which intensified after the release in September of private audio recordings that suggest the bishop tried to keep a lid on an alleged sexual harassment by a priest of an adult seminarian and on another priest’s love letter to the seminarian.

At the time, the  lay group of prominent Catholics called the Movement to Restore Trust pulled its support of Malone and urged him to step down immediately. A subsequent Buffalo News poll found that only 3% of 473 Catholics and lapsed Catholics surveyed wanted him to stay on as bishop.

Malone has said he plans to continue as bishop until he’s required to submit his resignation when he turns 75 in 2021.

In Monday's statement, Malone asked for "prayers and patience while the path forward is discerned. In the meantime, be assured that I am wholly committed to fostering the healing of victim survivors, rebuilding trust, and with our clergy and other church ministers, renewing faith and carrying on the essential ministries that serve the needs of Catholics and of the larger Western New York community."