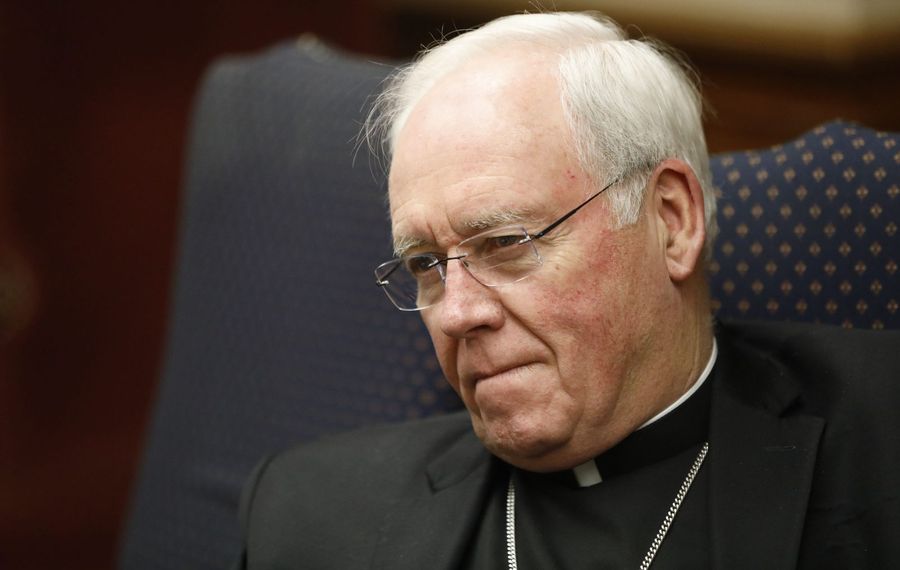 Protesters and reporters were on hand Sunday evening to greet Bishop Richard J. Malone as he arrived at Buffalo Niagara International Airport from his trip to the Vatican in Rome, but they did not get to confront him.

“The media has been informed by security that Bishop Malone is not on the premises even though his flight has landed. Malone was able to avoid reporters and protesters,” Brendan Keany of WBEN Radio tweeted at 7:22 p.m., 11 minutes after the bishop’s plane was scheduled to land. Malone had been due to return Saturday night, but his flight was delayed.

Malone had joined other bishops from New York State in an “ad limina” visit with Pope Francis last week in which they presented reports on activities in their dioceses.

Although reports surfaced last week suggesting that Malone would resign or be removed from office, a Diocese of Buffalo spokesperson denied that he would step aside. Malone said previously that he plans to serve until he reaches the mandatory retirement age of 75 in 2021.