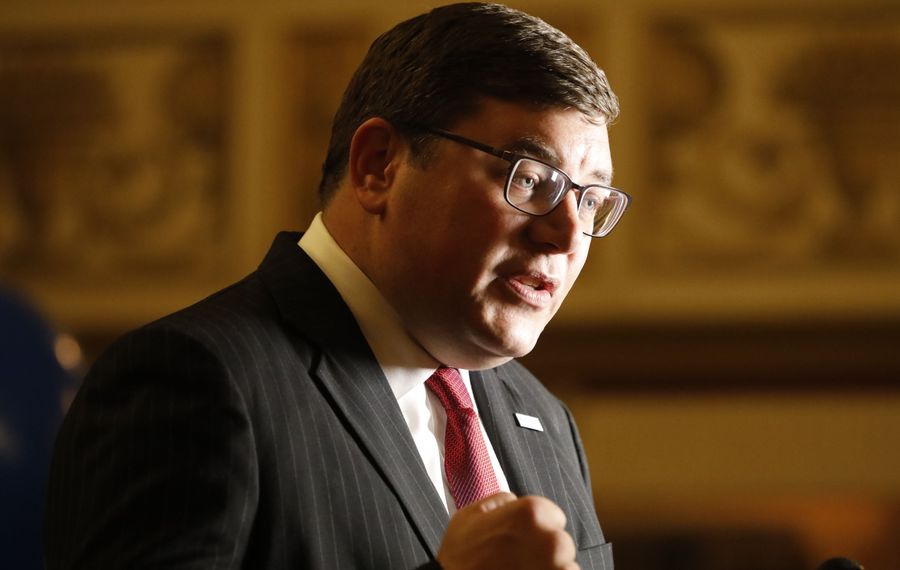 • Democrat Nate McMurray has all but cemented his encore candidacy for the 27th Congressional District with endorsements from seven of the district’s eight counties. But the big kahuna – Erie County – has yet to weigh in. How come?

Erie County Democratic Chairman Jeremy Zellner hopes to settle it all on Thursday when he convenes his 16 town committees comprising 49% of the weighted vote. And he is unfazed by anybody else’s support for Murray.

“I’m certainly not moved by the other county chairs,” he said.

That Zellner’s pace assumes any importance stems only from last week’s sudden and unexpected entrance of education advocate Melodie Baker into the Democratic effort.

“I’m not interested in rushing,” he said, noting that some of the counties offer tiny percentages nowhere near the 11% represented by the Town of Hamburg alone.

Still, any Democrat running in the ultra-Republican 27th District faces enormous odds. Though McMurray came within 1,040 votes of knocking off the now disgraced Chris Collins, the new GOP nominee will not compete next year while under federal indictment.

• Also on Thursday, Zellner and company will interview and endorse for the 60th State Senate District, which Republican incumbent Chris Jacobs is expected to vacate while seeking the GOP nod for the 27th.

“I’m not saying I favor him before the meeting, but I think he’s got a lot of support,” Zellner said.

Delaware Council Member Joel Feroleto, however, is still lurking in the shadows as a potential Democratic primary challenger to Ryan. The bet here is that Feroleto will ignore the party and run on his own if he decides to jump in.

• Still on the State Legislature, sources tell the Politics Column that Republican Joel Giambra continues to eye a political return and that Albany remains a possibility. The former county executive has been out of office since 2007 but occasionally wades into the fray.

The 60th Senate seat now held by Jacobs may make sense, since Republicans have demonstrated their ability in Democratic turf. But Giambra isn’t talking – for now.

• What a difference two years make. In 2018, real concern surrounded the potential congressional candidacies of Republican State Sens. Jacobs and Rob Ortt. Neither received a particle of encouragement from Senate Republicans as they struggled to maintain their tenuous – and ultimately lost – majority.

We’re sure that Albany Republicans remain terrified of losing more Senate seats, especially in Jacobs’ district where Democrats retain the edge. But it somehow doesn’t seem to make as much difference as state Republicans continue their march toward oblivion.

• The criticism of GOP and Conservative leaders over Gov. Andrew Cuomo’s hints of calling an April 28 special election injects a new development into the 27th District saga. They claim any election concurrent with a Democratic presidential primary is inherently unfair.

Will the state GOP and Conservatives sue if Cuomo sticks to the April 28 date?

Will it make any difference to the governor, who has consistently maintained his dislike for expensive special elections?

• Quote of the Week comes from state Democratic Chairman Jay Jacobs, who like Sen. Chuck Schumer, had the temerity to praise retiring Republican Congressman Peter King of Long Island.

“No one can dispute that he is a true American who has always tried to put his country first,” Jacobs said. “While we have disagreed politically, I have always found him to be a gentleman who respects the two party tradition in our country. I wish him well.”